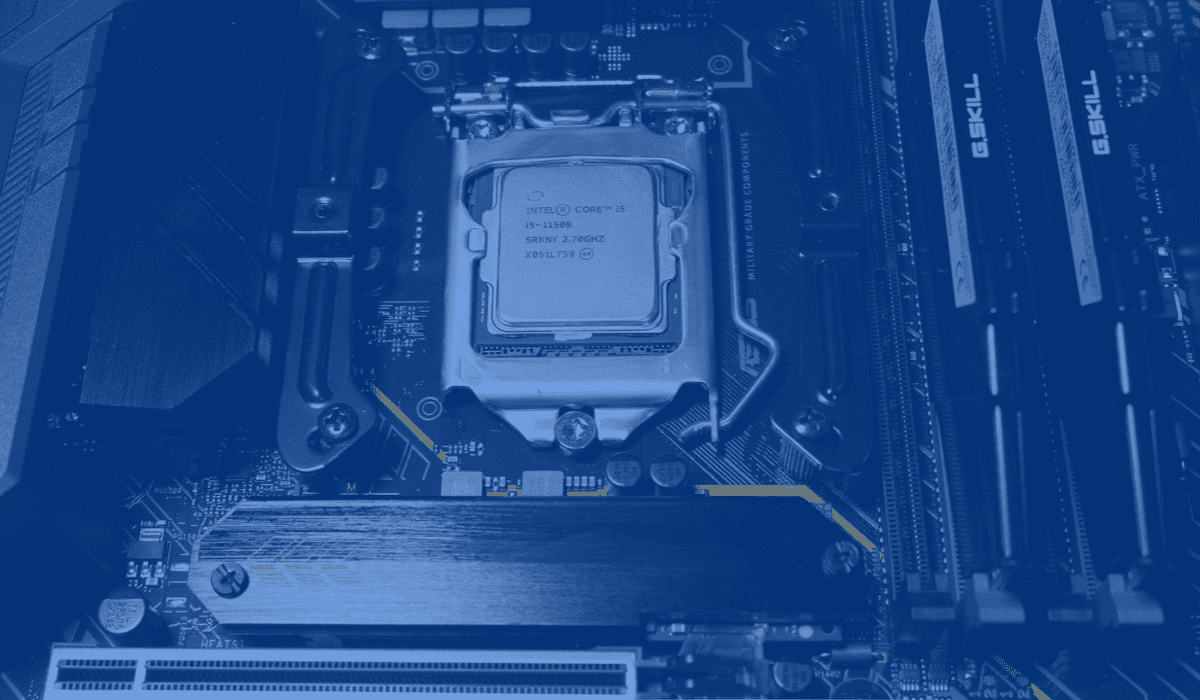 Overclocking is a term used in marketing material for anything and everything gaming-related. CPUs, GPUs, and even RAM can be overclocked, though your mileage may vary on that last one. There are companies and users out there going as far as to “overclock” gaming mice. It’s such a ubiquitous term in the gaming and enthusiast PC building spaces, but is it even worth it? Overclocking a GPU/CPU is simple and may yield worthwhile benefits, but can the same be said for other components in your rig?

This guide will go over what overclocking is, what the risks and advantages of overclocking are for each piece of hardware in your PC, and answer if it is even worth doing. Without further delay, let’s dive into every eager beginner PC gamer’s first question:

Overclocking is deceivingly simple. It sounds like this big, complex practice where expert users delve into confusing software to unlock the hidden potential of their components. In reality, overclocking is as simple these days as changing a few settings on a motherboard or CPU. What overclocking does is boost the component’s clock speeds beyond what the manufacturer rates it for out of the box.

This is why you will often see a base and “boost” clock speed on reviews for CPUs. That upper range is what the CPU can be, generally, safely boosted to without the risk of frying the chip or damaging other components. Increasing the clock speed of a component allows it to perform more actions per second, which often comes with impressive boosts in performance when compared to base component speeds. But those performance bumps can come at the cost of reliability and stability. Let’s take a look at which components can be overclocked and see what the benefits and drawbacks are for each one.

The most common and most accessible component to overclock is the CPU. It’s also the component that will give the highest yield in performance through overclocking. However, users will want to make sure that they are buying or have a CPU that allows overclocking. The brand choice will make a big difference here. AMD’s processors are more likely to allow overclocking than Intel’s.

Overclocking a CPU will result in huge leaps in performance, especially compared to overclocking results from other components. For example, the Ryzen 5 5600X comes with a standard clock speed of just 3.7GHz. Through overclocking, users can push this affordable mid-tier chip to its limits and eke out nearly a whole gigahertz out of it with a boost clock of 4.6Ghz. With great power comes, well, more heat. I couldn’t quite complete the quote there. Users will want to invest in a more robust air cooler or seek out an AIO to handle the higher TDP and heat produced from an overclocked CPU.

The GPU is a common second choice for overclocking once a user has pushed their CPU to its blistering limits. GPUs are also one of the easiest components to overclock and fine-tune. Some CPUs will require digging around in the BIOS or installing third-party software that can have clunky interfaces and questionable results. GPUs can be tweaked through popular free software like MSI afterburner or Precision X, which makes GPU overclocking a safer and easier option for beginners looking to dive into it.

However, overclocking a GPU won’t produce as impressive results as overclocking the CPU. Users can wring out a few extra frames and increase speeds marginally, but most cards can’t be pushed as far as the average CPU can be. Additionally, the results won’t be nearly as consistent. There is some variation between even individual cards of the same make and manufacturer. So, results may vary between users.

RAM overclocking can be difficult to do and will likely net inconsistent results. Just because you can overclock something doesn’t necessarily mean that you should. Put simply, most users will not see a noticeable improvement in the vast majority of processes and games, despite the effort it takes to overclock RAM. If you must push your poor memory to its limits then it’s best to do so with DDR4 RAM. There’s also more of a risk of causing errors and crashes when trying to overclock RAM due to the inconsistent nature of the resulting performance.

Despite some of those inconsistencies, users won’t have to worry about nasty temperature spikes or TDP issues when overclocking RAM. It’s, generally, safe to do even if it does crash your PC or cause issues. It can always be undone.

Believe it or not, it is possible to overclock your gaming mouse. It won’t vastly improve the performance of your mouse unless it is running at a very low frequency already. Essentially, each mouse has a polling rate in hertz that determines how quickly it sends information to your PC. A mouse with 750hz sends information to your PC 750 times per second. Conceptually, it is possible to overclock said mouse to 1000hz or more to increase accuracy and response times. In practice, the negligible performance gains often are not worth the effort of figuring out how to overclock your mouse.

Monitors can also be overclocked, and there are some benefits to doing so. Not every monitor can benefit from overclocking and you can only push the envelope so far when it comes to overclocking a display. It’s not advisable or possible to push a 60hz display to 144hz, but users can get away with pushing a 60hz display to 75hz on occasion.

It’s also surprisingly easy to overclock your monitor. It can be attempted from most PC control panels. Simply plug in a custom refresh rate and see if it works. Sometimes you will get lucky and your monitor can run just fine with an additional 25hz tacked on while others will crash and revert to their native refresh rate. It’s a low-risk form of overclocking and is worth the attempt.

The reason many enthusiasts seek out overclocking is to boost their component’s performance. Overclocking the CPU, GPU, and occasionally RAM can result in sizable performance leaps in games and productivity tasks. It is possible to squeeze out additional frames that could mean the difference between a hiccupy and jittery gaming experience to a slick and smooth frame rate.

It’s going to get hot. The added heat and TDP of overclocking a CPU could make it more expensive than buying a more premium option. A higher peak TDP may require a more robust power supply, and overclock will often demand a better cooling solution. The added cost of those two components may turn some users away from overclocking.

Users with minimal technical knowledge who are worried about decreasing the lifespan of their components may want to avoid overclocking. While it is easier than ever to overclock components safely, there will always be a risk of pushing a component too far for too long. Thermal throttling can occur, and constantly running a component at higher than recommended temperatures can cause it to fail.

Users will also run the risk of unstable performance. Crashes are much more likely to occur when overclocking any component, and that risk grows greater when overclocking multiple components in your build. Working through those problems may be daunting for less experienced users.

Is Overclocking Worth it?

Generally, overclocking your CPU or GPU will be worth it. It’s normally not too difficult to do, and you’ll find noticeable performance improvements. The same can be said for overclocking your display. The extra smoothness achieved is well worth the few seconds it takes to see if it can be done.

RAM and mouse overclocking is a different story. It’s often a bit of a headache to do either, and the added benefits are not that extreme. Instability will be a prominent issue with RAM, as it can be more prone to causing crashes and errors than other forms of overclocking.

Regardless of which component you decide to overclock, it is best to read up about the component in question and make sure you know its limits. If you have questions about other common PC settings, you can check out some of our other guides such as our one that goes over the ins and outs of anti-aliasing.