What is Cryptocurrency Mining and How Does it Work? 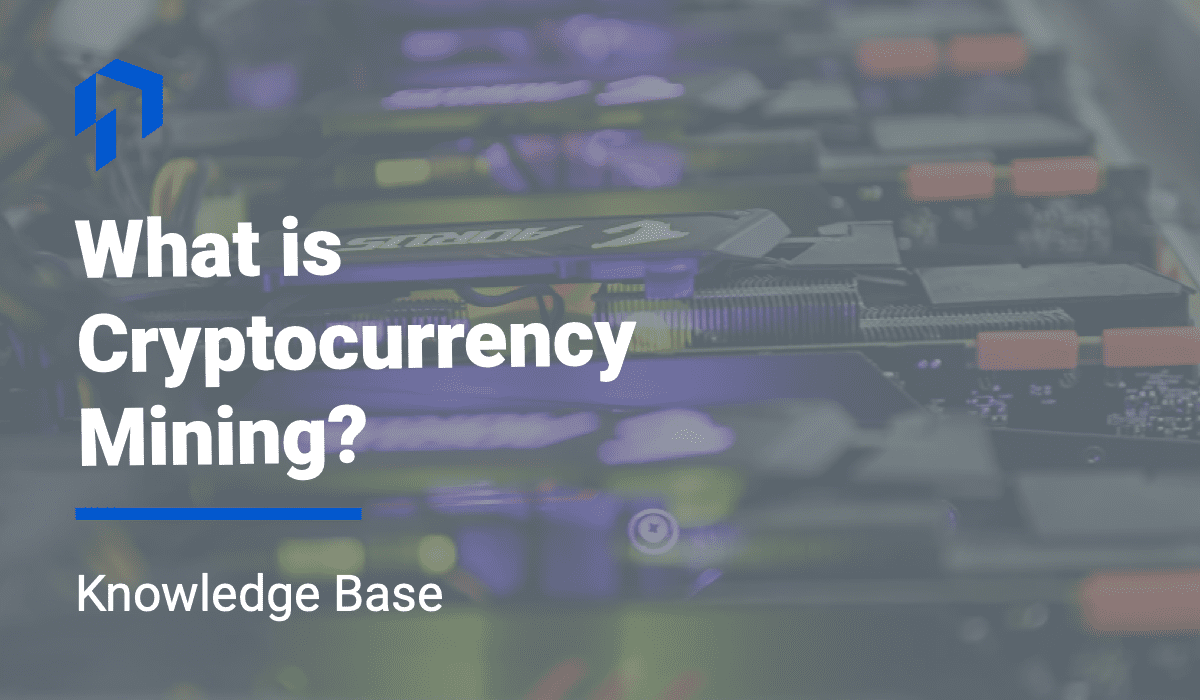 Cryptocurrency has been the talk of the town in recent months with certain coins going viral and gamers complaining about miners buying up all of the good GPUs. There are so many terms and jargon being thrown around during discussions when it comes to cryptocurrency that parsing out the details of what’s true can often be difficult.

So, let’s take a look at some of the basics. This guide is going to explain the ins and outs of cryptocurrency mining, how it works, and why it requires a graphics card to do. Many complex factors go into how cryptocurrencies function, but this guide will mainly look at the role of the cryptocurrency miner and how they fit in the system.

Before talking about how mining works, it’s important to know that cryptocurrencies are decentralized currencies. This means that there is no central bank, database, or government authority that manages or backs the network. Most banks throughout the world are centralized and regulated by sources of authority.

Cryptocurrency is not regulated or managed by a single person, group, or government. Instead, miners and specific nodes within the network manage it. While such a system does come with its fair share of financial risks, many turn to cryptocurrencies because of this decentralization. Users don’t have to put trust in a single authority or government.

What is Cryptocurrency Mining?

With no bank printing money and regulating the flow of currency, miners essentially uncover or unlock existing coins that get added into the circulation of currency. Most cryptocurrencies function differently, and there is a growing majority that does not require mining at all. However, currencies that do require mining have a set amount of coins in their total supply. Not all of them are dumped into the market at once. The different amounts in total supply will vary between currencies, but most that hold value tend to have a hard cap on the number that can be mined.

Instead of a central authority supplying the market with printed currency, users called miners slowly add new bits of the currency to the market through mining. This information is recorded and tracked through the blockchain. The blockchain is a complex layer of computing. For a basic understanding, think of it as a ledger that tracks the movement of a specific cryptocurrency and places value based on all of the market factors.

How Does Cryptocurrency Mining Work?

Put simply, cryptocurrency miners use their PC as a node that performs the complex computational task of unlocking bits and pieces of a cryptocurrency, also called a hash. If you think of the blockchain as having many interconnected blocks then the hash allows two blocks to connect, which forms an unbreakable chain that grows as more users complete hashes. This is mostly an automatic procedure done through the use of software and programs that allow your computer to do this task. In exchange for the work put in, the miner is rewarded with a previously uncirculated bit or token of currency as the blockchain grows.

To ensure that no miner is mining the same currency, each block in the chain contains something called a nonce. This nonce stands for “number only used once.” Essentially, no hash or problem is being solved twice. Think back to the analogy of the leger. You wouldn’t want the same transaction to be listed multiple times under the same name for the same item. The nonce ensures that each solution to a hash is unique. No transaction will have the same log left in the leger, so every transaction or movement remains logged.

To perform such tasks, a miner needs to have a GPU that can be dedicated fully or partially to completing hashes and earning currency. This is why you may see photos of massive mining farms with chains of GPUs.

Why do Cryptocurrency Miners Use GPUs and not CPUs?

It would seem obvious that someone looking to solve complex math problems with their PC should use their CPU. After all, it is the central processing unit and is responsible for a great deal of computation in your system.

In short, the CPU does not effectively process data for hashing. A CPU excels at focusing on a small number of tasks at a time, which is called serial processing. This means that a CPU, for the most part, completes tasks one at a time. It does this quickly, but hashing or mining requires multi-tasking.

A GPU makes use of parallel processing where the multiple processors on the card tackle a high number of tasks at once. This is good for hashing because multiple problems need solving, and often the solutions come from a good deal of mathematical guesswork by the system. It’s like trying to break into a bank vault through trial and error. When mining, your PC is crunching numbers and attempting many solutions at once.

This is why miners are buying up GPUs and not CPUs for mining. A graphics card can tackle complex tasks and mine much more efficiently than even the best CPUs on the market.

This quick guide covered the basics of cryptocurrency mining and how it works. There is a lot that goes into how cryptocurrencies, blockchains, and tokens function that this guide did not cover. There are many interesting books written on the subject that dissect all of the terms you read here in fine detail. Now that you know the broad strokes and the role of the cryptocurrency miner, you can take a look at the practices of specific coins with this knowledge as a basis.