What is a MOSFET? Defined and Explained 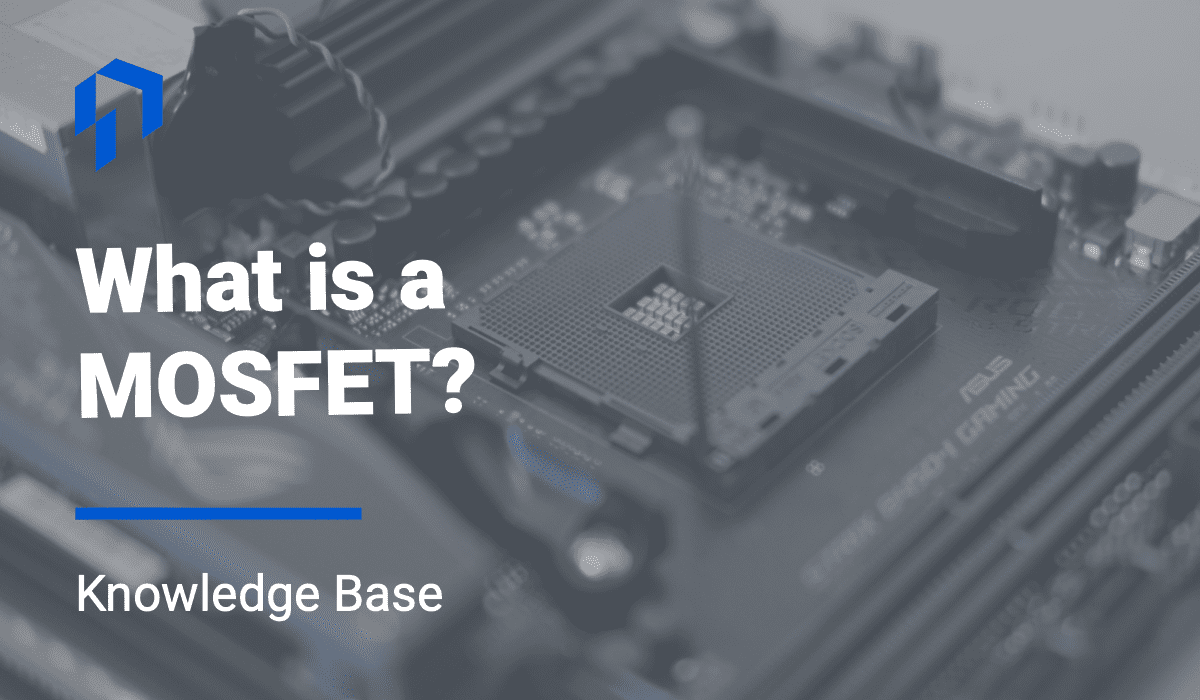 Motherboards do more than just act as a backboard for all of your expensive components. Aside from having expansion slots and supporting different tiers of hardware, the motherboard plays a key role in regulating the power going to your components.

The motherboard works this magic through what are called MOSFETs, which stands for “Metal Oxide Semiconductor Field Effect Transistor.” Essentially, these transistors work in tandem with the board’s VRM (voltage regulator module) to determine how much voltage goes to each component. MOSFETs can be found in most power motherboards for PCs, laptops, and you will find them in PSUs. In this quick overview, I’ll go over the different instances of MOSFETs in common components and talk about what exactly they do.

Contents hide
1 The Role of a MOSFET and How it Works
2 Motherboard MOSFETs
3 PSU MOSFETs
4 Summary
4.1 Related

The Role of a MOSFET and How it Works

Think of a MOSFET like a light switch. When it is on, power is flowing through freely to the component. When it is off, that power is not being passed through. MOSFETs are like slightly more complex light switches that are triggered by signals from integrated circuits on the motherboard.

MOSFETs work extremely quickly, switching on and off to allow electrical current to flow through in bursts. Your PC will frequently shift and change tasks, and each task requires a different amount of power to come through. The MOSFETs work with the VRM and make sure that the right amount of power is going to each component. And this task is important. If too much power gets sent at the wrong time (or too little), the system could crash or, at worst, short.

You can also think of MOSFETs as a filter. The power comes into your system freely, and the MOSFETs control and assign that power to different areas of the system.

Controlling voltages and power on extreme enthusiast machines that feature overclocked components is no easy task. Usually, MOSFETs come with a basic heatsink that can handle most tasks the average user sends its way. However, you may want to look into an improved motherboard heatsink or cooling solution if you’re planning to build a top-tier rig.

The act of regulating power can cause those little transistors to get quite toasty, which will certainly impact the thermals of your system. The function of motherboard MOSFETs is fairly straightforward. The above section lays out the nitty-gritty details for MOSFETs in general. Motherboard variants control the flow of power to key components like the CPU and GPU. These components have strict power regulations. A high-quality motherboard ensures that those figures are not exceeded by having premium MOSFETs and a precise VRM.

PSU or power supply units also have their version of MOSFETs. The process here is a tad more complex, but I will avoid going into the deep end and just give you the broad picture. Think of the power coming from your wall as a jet of water from a firehouse. It’s powerful, but it isn’t very controlled. If you directed the entire flow all at one thing, it would likely destroy it.

MOSFETs break that AC power down into smaller streams that run through the MOSFETs. These transistors act like funnels that turn that large flow into something usable and a bit tamer. MOSFETs work with other electrical components like capacitors to carry power to your system safely.

MOSFETs perform a simple but crucial task that many builders and enthusiasts overlook when buying a system. Checking to make sure that your motherboard of choice has a quality VRM module will ensure a stable experience. It’s best to buy motherboards from quality manufacturers and trusted sources, as the task of voltage regulation can make or break your system.