What is the Optimum CPU & GPU Temperature for Gaming? 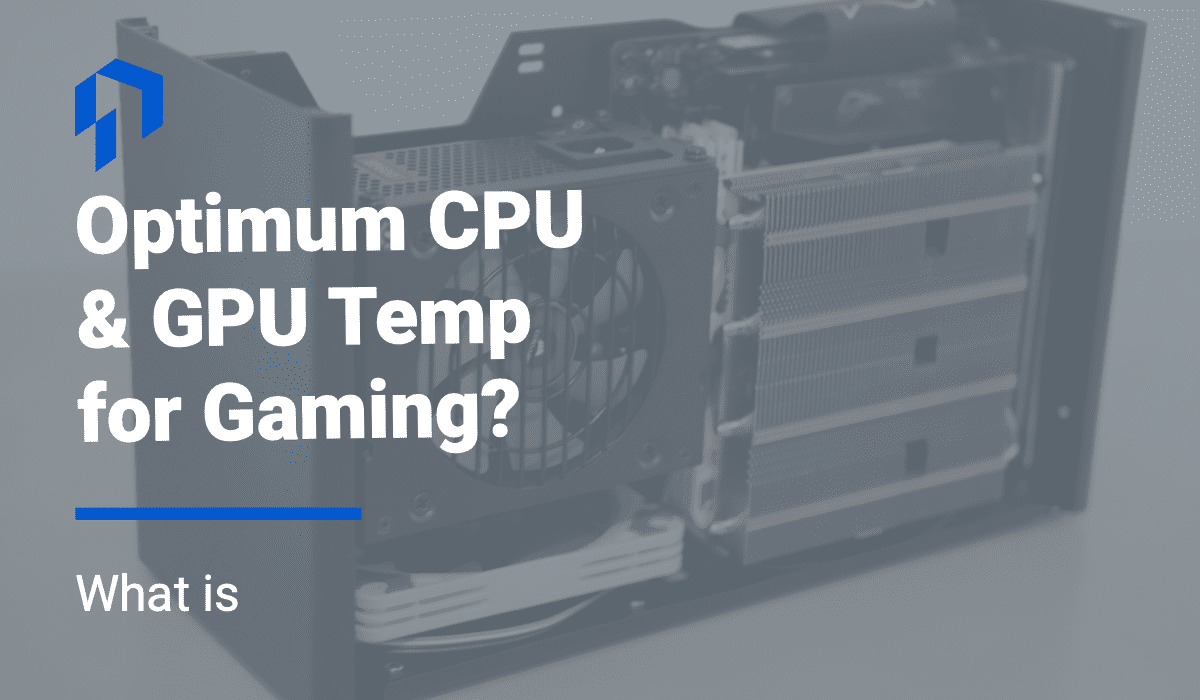 Fine-tuning gaming performance relies on many different hardware factors in your system. You may have heard about robust cooling solutions for CPUs, enthusiasts going overboard with crazy custom water loops for their components, or even horror stories about builders slapping a CPU cooler on without any thermal paste.

In the never-ending quest for low temperatures, the question of what the best or most optimal temperature for performance is often gets skimmed over. In the broad sense, cooler is better. The lower temperature your components run at the better you can expect the performance to be.

How hot is too hot? When should you be worried about temperature? How can you reduce PC temps without breaking the bank? This guide will go over the benefits of lower temperatures, how to identify the temperature of your components, and give steps that you can take to get better temperatures out of your system.

Contents hide
1 How to Identify CPU/GPU Temperature
2 When is the Temperature Considered too High?
3 Reasons for High PC Temps and How to Address them
4 Conclusion
4.1 Related

How to Identify CPU/GPU Temperature

On the face of it, determining your component’s internal temperature can sound like a daunting task for the uninitiated. After all, you can’t stick a thermometer underneath your CPU cooler to get a reading personally. Those statistics won’t show up on standard menus like task manager or in the control panel.

To get a look at the temperatures without downloading external software, you will need to restart your PC and hit the function key that corresponds with your system’s BIOS menu (usually F11/F12). It’s not hard to find. The option should pop up in the bottom right corner of your screen during the restart. Don’t worry if it takes a couple of times to get it right. In the BIOS menu, you can navigate to the component in question to view its idle temperature.

There’s one issue with this method. It won’t show what the temperature is during an intense workload since you cannot game and access the BIOS at the same time. For real-time temperature readings, it’s best to download a piece of free software like Speccy. It is a simple tool that allows you to easily view the temperature for each component in your system. It can run while an intensive task or game is running to give you an idea of what’s happening in your system.

When is the Temperature Considered too High?

The short answer is that it depends on the CPU and GPU. Different manufacturer’s components are rated for different temperatures. The new Ryzen 5000 series line of CPUs tends to run, on average, a bit hotter than their Intel counterparts when under load. While there isn’t a flat point at which a component thermal throttles, you can expect to start noticing dips in performance around the 95-105 degree celsius range.

Thermal throttling is a system that’s built into every component as a safeguard. The component could very well get hotter, but the safeguard was put in place to cause a dip in performance instead of allowing the component to get so hot that it shorts or burns.

Throttling won’t damage your computer in the short term, but you will experience a significant decrease in performance when it happens. Long-term throttling can result in damages or decreased lifespan in components. Be sure to address throttling as soon as possible to get the most longevity out of your components.

In most cases, the answer to the question of “What is the optimum CPU/GPU temperature for gaming” is as low as you can reasonably get it. Running at 70-90 degrees celsius is just fine for the vast majority of CPUs and GPUs out there. It is possible to attain some higher clock speeds and better frame rates by running the system even lower than that, but the average consumer won’t be able to attain low or sub-ambient temperatures through normal or easily accessible means.

Reasons for High PC Temps and How to Address them

While there is no easy answer for what the optimal temperature is for a GPU or CPU for gaming, this guide has some ideas and steps to take to improve performance by lowering the temperature of your system. The maximum temperature before a component thermal throttles will be listed on the manufacturer’s site, so be sure to check those details before troubleshooting. Your CPU that’s running in the low 90s may be just fine. Every situation will vary.

The best step for addressing thermal throttling is to monitor temperatures while performing an intensive task. This will tell you which components need to be addressed.