What is Anti-Aliasing? AA Explained & Is It Worth It? 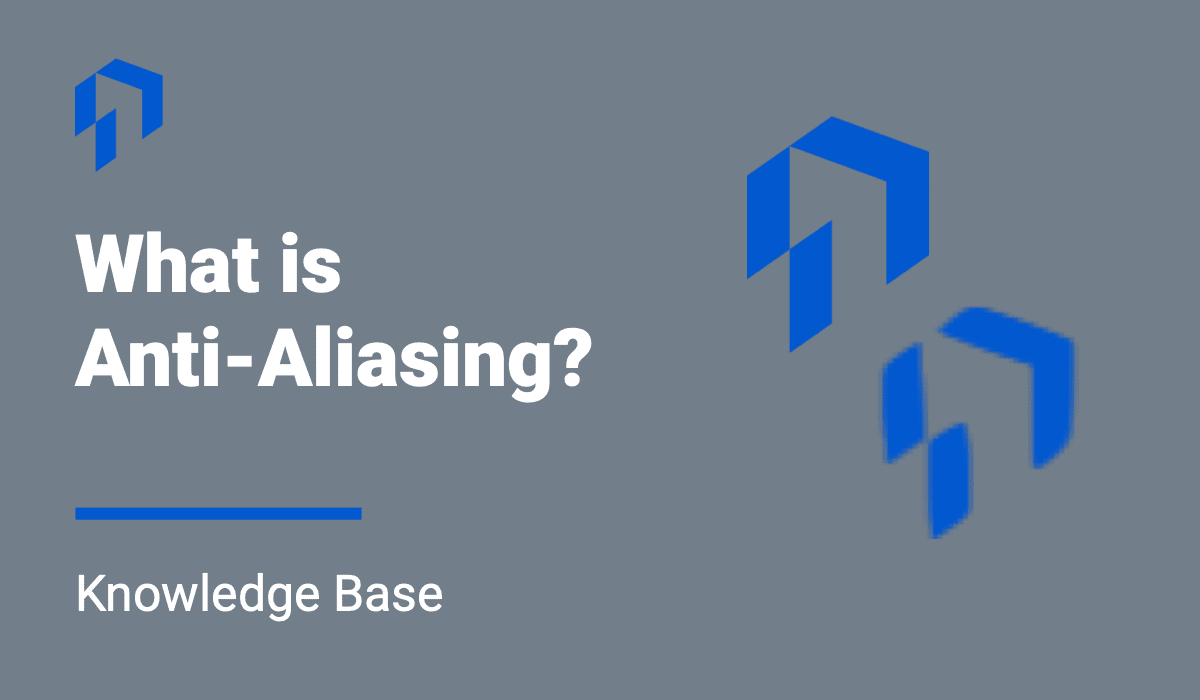 Tweaking and managing every aspect of a game’s performance and graphics is one of the best bonuses of having a dedicated PC. Fine-tuning in-game performance comes down to more than just buying the best hardware and pushing it to its limits with overclocking. There are in-game options that can seem a bit daunting to new users who may not be comfortable changing settings at random.

This guide will break down all of the ins and outs of the commonly seen game setting “Anti-Aliasing.”

Simply put, anti-aliasing removes the jagged edges of assets in a game. It smooths out the rough spots of anything that is rendered into the world of the game. Most in-game menus will give a similar description right beneath the toggle option, but why are there jagged edges to begin with and why does it matter if they are smoothed or not?

In real life, if you draw a line on a piece of paper then it will come out as one smooth, rounded motion. Even if you mess it up, the ink on the page will appear rounded and clean. Now, if you open up MS Paint and then draw a line you may notice that it doesn’t appear nearly as smooth or straight. In fact, it’s a bit of a mess. That blockiness is the result of a lack of anti-aliasing in MS Paint.

Your monitor displays everything in pixels, which are square nodules that output color. Without anti-aliasing, the game or software used will have images that look blocky or have a staircase appearance around the edges. Anti-aliasing smooths or blends the colors and pixels at the edges of an image or object to make the jagged edge appear smooth. Anti-aliasing is part of how high-end drawing applications allow artists to produce smooth lines akin to that of pencil on paper.

That process may sound quite simple, but it is rather intensive and can impact the FPS and performance of the game. To put how anti-aliasing works into perspective, think of a AAA game with a vast world and millions of assets. Setting anti-aliasing on will smooth every single edge of every single object and character in that game as it is rendered.

Anti-aliasing comes in a variety of different forms and methods. The next section will give a brief overview of the most common forms of anti-aliasing and how they work. After that, the end of this article will cover some of the most frequently asked questions gamers have about anti-aliasing.

FXAA is a less-demanding form of anti-aliasing that simply blurs the edges of objects to produce a smoother image. As opposed to other forms of AA, FXAA does not analyze and smooth the 3D model itself. Instead, FXAA smooths objects as they appear on the screen. While this form of AA does not use as much computing power as other varieties, it can often produce a fuzzy, blurred effect around assets that many gamers may find undesirable.

Temporal anti-aliasing is a newer and less fine-tuned AA that uses a bit more processing power than FXAA to convolve or stack averages of rendered images atop one another to produce a smooth image. Imagine a traditional animator layering similar keyframes to produce a smooth animation. The process with TXAA is similar in that it pushes that process to its extreme to smooth the edges of an object. This form of AA is still in its beginning stages and is only available on higher-end GPUs and systems. Despite being an intensive form of AA, the final product often suffers from the same blurriness issues FXAA.

SSAA is one of the most effective and highly demanding forms of AA. This form of AA is achieved through downsampling. Downsampling is rendering a game in a higher resolution than what is being displayed on the screen and then shrinking it to the correct size. As an example, imagine if an artist created a massive 3D object in 4K UHD. Zooming in on the object will reveal jagged borders. If they then moved that image over to a 1080p display then those jagged borders would be much less noticeable.

MSAA is an optimized form of SSAA. SSAA will attempt to smooth every aspect of an asset in a game every single time that it is rendered. SSAA will smooth individual pixels many times over as it works through chunks of a render with those chunks often overlapping. MSAA performs the same process but only smooths each pixel once. MSAA can be much more efficient than SSAA while producing comparable results.

EQAA is a form of AA developed by AMD to work with specific titles and GPUs. It works in a similar fashion to MSAA but samples even fewer pixels. The result won’t be as smooth as SSAA or MSAA, but it is much less demanding on hardware.

MLAA works similarly to the previously mentioned FXAA. It identifies jagged patterns on the final rendered image and attempts to blend those colors and round the edges. This is a very lightweight form of AA, but it can often result in blurry images and objects.

DLSS is still in its beginning stages as it was only recently made available in 2000 series Nvidia cards in 2020. The process requires proprietary Tensor cores that are only available on select GPUs, though that list is growing with the newly released 3000 series lineup. DLSS works much like SSSA but with the added benefit of being optimized by deep-learning artificial intelligence. DLSS can, in short, recognize patterns that regular SSAA cannot. By doing this, DLSS can produce crisp, smooth assets while keeping consistent frame rates.

First, try the game with AA off and see if you notice any ugly aliasing or jagged edges. Some games have built-in smoothing that will be fine enough for some gamers. Likewise, you won’t notice huge differences if you have a small but high-resolution display due to how dense the image is already. If your PC can maintain stable frames with it on then AA is worth turning on for the extra graphical immersion. Likewise, those looking for a bump in performance should turn it off to save computing power.

Most games will only have one type of AA supported, but there may be occasions where the menu gives a few options to choose from. In those cases, it is best to pick the highest-tier of AA that your PC can handle while still delivering stable frames. It is hard to say which is the best overall since each version brings different performance factors to the table. SSAA, MSAA, and DLSS are, generally, the best options to choose from if they are available.

Yes. How much it does impact FPS will depend on the form of AA being used. Higher-end AA will significantly drop FPS while lower-end AA may not produce as noticeable of an effect.

4 – Do I need anti-aliasing at lower resolutions like 1080p?

It depends on how many frames you are getting from the game in question. If you are playing a competitive shooter and getting 200+ frames, the 20-30 frame loss of high-end AA may not be noticeable. If you’re playing an atmospheric title and only getting 60 frames then that loss may seem more extreme. Take it on a case-by-case basis and see what feels right for you and your experience.

5- Why do professional gamers turn AA off?

Those who are playing competitive shooters, esports titles, or speedrunning often aren’t as concerned with the visual fidelity of a game as casual gamers are. Turning AA off will glean more consistent frame rates, which is often more important in a competitive environment than other visual factors.

Overall, yes. Most forms of AA will produce a more premium visual experience in modern titles. It is always worth toggling on and off and seeing how it looks and feels for each user. You may find that the form of AA the game is using is blurry or not that visually appealing. On that same token, you may find that the AA used vastly improves the visual fidelity without impacting performance.