What is a CPU & GPU Bottleneck? What Causes It & How to Fix 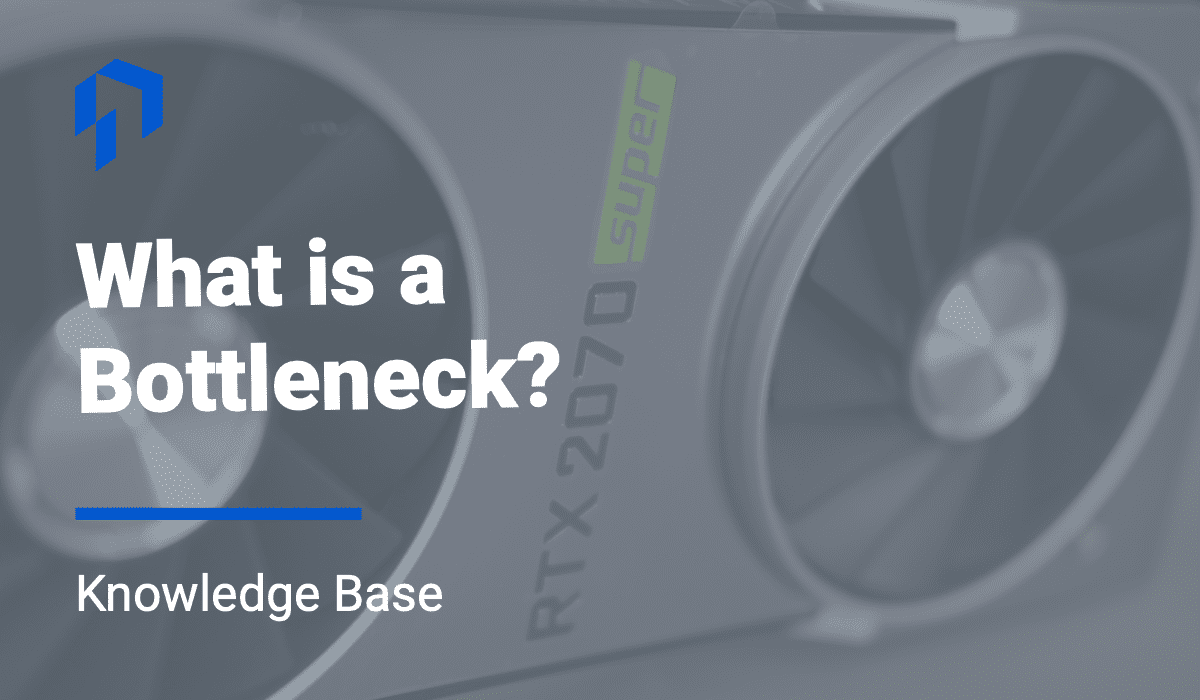 The term “bottlenecking” is often thrown around on forums and discussions centered around a PC’s gaming performance, but it’s not often explained and even experienced users may not have a full understanding of what it is.

Think of your CPU and GPU working in tandem on a product assembly line. Your computer is sending information that needs to be processed by both workers on the line at separate points. Ideally, both components, or workers in this scenario, should be able to sort through and process an equal amount of data. But what happens when one worker is slower than the other? That excess data piles up and slows things down as the other tries to process both workloads at the same time. This is a bottleneck.

A bottleneck can happen due to one component being significantly faster than the other. Maybe you were able to get your hands on a brand-new CPU but haven’t been able to find an equally up-to-date GPU. That can cause a bottleneck that results in dropped frames and lower performance from both components. This issue can present itself in the opposite scenarios as well if you had a brand-new GPU and older CPU.

This guide will go over both types of bottlenecks and present a few solutions that may help mitigate the issue.

How to Identify a Bottleneck

Not every instance of frame drops and staggering performance results from a bottleneck. The most common instance of bottleneck will be severe stuttering or freezing when a lot is happening in the game at once. For instance, your game may run pretty smoothly when your character is alone on the screen or the environment is sparse. If you run into stutters when many enemies appear or pieces of the environment get destroyed, this is a sign of a bottleneck. This happens because your CPU or GPU is unable to handle the intense workload of transferring and computing the data.

Luckily, there are some ways to address the problem while you wait or save up for a new component for your system.

A CPU bottleneck happens when the processor isn’t fast enough to process or transfer data at the same speed and efficiency as the GPU. Think of your system as only being as fast as the slowest component. There is some leeway, but a dated component will often bog down the speed of the rest of the system.

An example of a CPU bottleneck would be pairing a CPU like a Ryzen 5 3600 with an RTX 3090. Both components are excellent on their own, but the RTX 3090 is in a league of its own and needs an equally powerful CPU to back it up.

A GPU bottleneck example would be pairing an AMD Threadripper with an RTX 1660S. Sure, that is an extreme example, but it showcases how the problem manifests. In this instance, the CPU is working data at speeds so much faster than the dated GPU can handle that it would stall and cause glitches during gaming and productivity tasks.

Figuring out how to work around a bottleneck can be quite tricky. Certain games are more CPU or GPU-dependent, which can lead to a perfectly fine performance in one title and lackluster performance in another.

The first thing you should do is open up the task manager and monitor each of the performance tabs to see how each component in your system is fairing. It’s helpful to do this during the game that is giving you the most trouble, as it will show you which component is firing off at 100% and causing that strain on the system. There are other pieces of software out there that can do this like MSI Afterburner, or you can download stress test software to get into the nitty-gritty details. However, the task manager should suffice for at least identifying which component is the route of the issue.

Put simply, if your CPU utilization is maxing out and your GPU is not then you likely have a CPU bottleneck. Likewise, you’ll be dealing with a GPU bottleneck if the figures are reversed.

The key to resolving a bottleneck is balancing the workload. If you cannot do that by purchasing a new component, you can mitigate the issue by adjusting your in-game settings.

Try a mix of all or just some of the above options to find the sweet spot for your specific situation. However, it is good to keep in mind that some performance gaps may be too large to bridge through setting adjustments. If none of these options produce stable results, you may have to resort to grabbing a newer CPU.

Unfortunately, there aren’t nearly as many ways of addressing a GPU bottleneck as there are for a CPU. For the most part, lowering graphical settings or overclocking the card will be the only solutions that could work.

If you’re running into issues with a GPU bottleneck and don’t know where to start with building a new system, check out our comprehensive system builder. It lays out components that are guaranteed to be compatible and won’t bottleneck regardless of your budget.

I hope this guide helped to clarify the causes, signs, and potential resolutions for CPU & GPU bottlenecks. This common issue can be tricky and time-consuming to resolve, but following the steps laid out above will give you a good place to start.

Ultimately, the best solution will come from being proactive. Researching and pairing components is a key step in building a system. Knowing which components will be compatible and play well with each other will save a lot of headaches down the line.