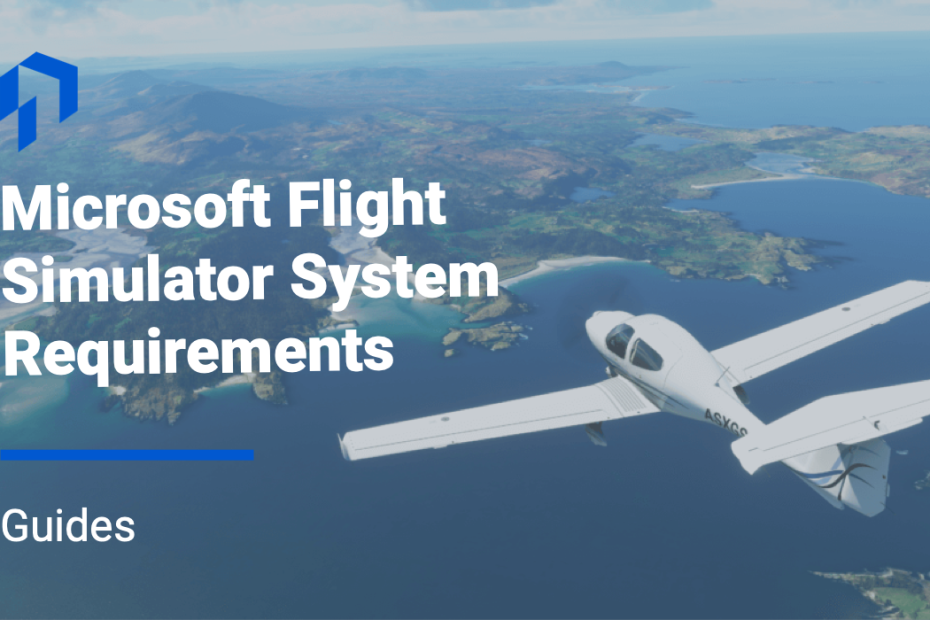 Microsoft Flight Simulator is one of the most breathtaking games to come out in recent memory. Featuring a map of the entire globe with realistic planes and, well, flight, it’s a game that’s at home in almost anyone’s lineup. To recreate the world with incredible detail takes a decent amount of processing power, though. Before picking up the game, take a look at the minimum and recommended system requirements.

A quick note here: Flight Simulator is a game that will always benefit from more computer power. There’s no need to go too crazy, but we recommend shooting above the minimum specifications. This will allow you to enjoy the game with high graphics settings and consistently high frame rates.

Finally, consider that you’ll want at least decent internet speed to run the game well. Thanks to the sheer amount of detail packed into the game, it’s impossible to download the whole package onto your machine. To get around this, Microsoft employs a streaming utility that plucks world data from its own servers. We’ll go over the specifics in a later section.

With that said, let’s look at what your computer needs to have to run the game.

Thanks to the number of resources loading on-screen in Flight Simulator, you’ll want to pay special attention to your RAM. The more you have, the easier it will be for your game to run smoothly. Of course, a dedicated graphics card and decent processor are also important.

The minimum specifications here are enough to get a consistent 30 FPS between 720p and 1080p resolution. If you’re comfortable with those numbers, you can build a nice setup for cheap. Our under $500 build fits the specifications almost perfectly, with a bit of extra power to keep you going. To get a higher frame rate or really see how beautiful this game is, check out the recommended specifications.

Surprisingly, the recommended requirements for Flight Simulator aren’t that different from the minimum. The major differences come in the amount of RAM you’ll want and CPU power. To match these specifications, you don’t need to spend much more money. Our $700 build meets or exceeds everything here. This should let you reach 60 FPS on decent settings in-game. Of course, to get even better performance, you’ll want an upgrade. For that, look no further than our $1000 mid-range build. It’s powerful enough to run the game well on High settings so you can truly see the world.

As mentioned in the introduction, you’re going to want decent internet speeds to run Microsoft Flight Simulator. While these aren’t a hard requirement for the game – you do have the option to preload certain areas – it’s not going to provide you with the same experience.

So, to truly see the world from the skies, aim for at least a 5 Mbps download speed. 20 Mbps is recommended, and 50 Mbps is ideal. As with most things related to the internet, the faster the speed, the better.

If you’re not sure about your current internet speeds, don’t worry too much. Chances are good that you more than meet the requirements if you can stream HD video and download games. Most modern internet plans across the United States start at 50 Mbps speeds anyway. To be sure, there are also plenty of online speed tools you can use to test your speeds before making your purchase.

For a gorgeous simulation of our entire Earth, you’d expect Flight Simulator to have more strict system requirements. Thankfully, the game is beautiful and accessible to most people with a dedicated gaming rig. Of course, you can always upgrade your graphics card for true 4K gaming and see what’s really out there.

If you’re upgrading a current computer build, we recommend focusing on RAM and VRAM first. This normally means upgrading the amount of RAM in your computer and your graphics card. While the processor is important, most modern 4-core or higher options will be fine.