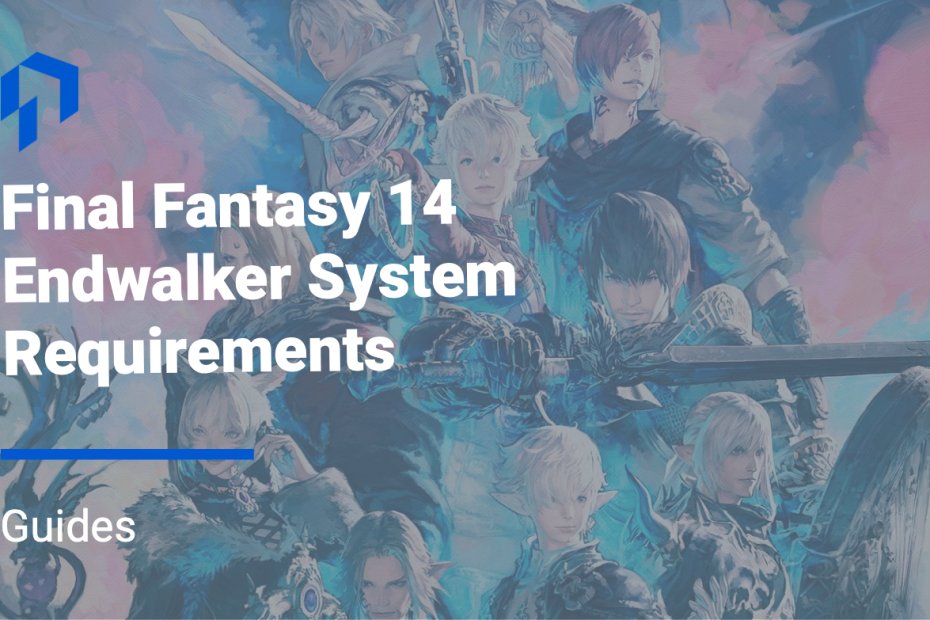 Final Fantasy 14 has exploded in popularity over the past few years. It has become a behemoth in the MMORPG space and may be the most popular one on the market today. Hype around the release of Endwalker has reached maximum levels and, only a day after release, has lived up to expectations. So how do you know if you can get in on the action?

Like most MMOs, system requirements for Final Fantasy 14 are meant to be accessible. Most gaming PCs will face no issues in the world of Hydaelyn, and anyone with a dedicated graphics card will likely get a decent framerate on low graphics settings. For more specific recommendations, however, we’ve listed the official minimum and recommended requirements below. As always, beating the specs is a good thing. Don’t worry if you find your current computer isn’t up to the task; we’ve got plenty of recommendations throughout the article for upgrading.

Let’s see what it takes to dive into the world of chocobos and epic fantasy.

Final Fantasy 14 saw critical acclaim and public enjoyment with its last expansion, Shadowbringers. Endwalker is meant to continue this story and gameplay. The game’s perception has seen a huge boost thanks to several factors, and – so far – it’s living up to its new name. Those who pre-ordered the expansion Endwalker have had early access since December 3rd, but the general public finally got to play starting December 7th.

As with most MMO expansions, there’s a level cap increase, additional areas for players to explore, and an expanded storyline. Reviews of every part of the expansion have been positive so far, but the story seems to shine the brightest.

Final Fantasy 14 is available across Windows, MacOS, PlayStation 4, and PlayStation 5. For this article, we’ll only focus on Windows requirements. We’ll also be showcasing different computer builds you can target for different performance levels across the requirements.

Hitting these requirements will let you play Final Fantasy 14’s newest expansion on low settings with a moderate framerate. You can still likely expect frame drops during intense moments such as raid or large particle effects. However, they’re enough to let you enjoy the gameplay with consistency. If that’s enough for you or you’re on a tight budget, check out our $500 Budget Gaming Build. While graphics card prices are still high, you can afford to choose a lower powered one to save a few bucks and still hit the minimum requirements. It’s a great starting point for a light gaming rig or upgrading an old system.

DirectX: DirectX 11   The recommended system requirements will allow you to run Final Fantasy 14 Endwalker with a consistent 60FPS experience on medium or higher settings. This is more than enough for you to comfortably experience the entire game with minor hiccups in a modern resolution. Luckily, hitting these requirements is still well within a budget build; our $600 Budget Gaming Build will get you there. However, if you’re interested in experiencing the beauty of Final Fantasy in a higher resolution or on ultra-settings, we recommend switching up to something like our $1000 Gaming Build. Even upgrading to a $1500 Build should help with gaming in 1440p.

Building a gaming PC right now is still difficult thanks to high graphics card prices, so it can be tough to choose the right build for you. We recommend taking some extra time to search around for deals before dedicating yourself to one graphics card. Luckily, most modern graphics cards more than meet the recommended requirements for this game, so you’ll have some wiggle room.

It’s also good to remember that this is a game that can be experienced by anyone. The minimum requirements are highly accessible, and even playing on less is doable with some proper optimization. If you don’t quite hit the requirements, try the game anyway – there’s a free trial for a reason!