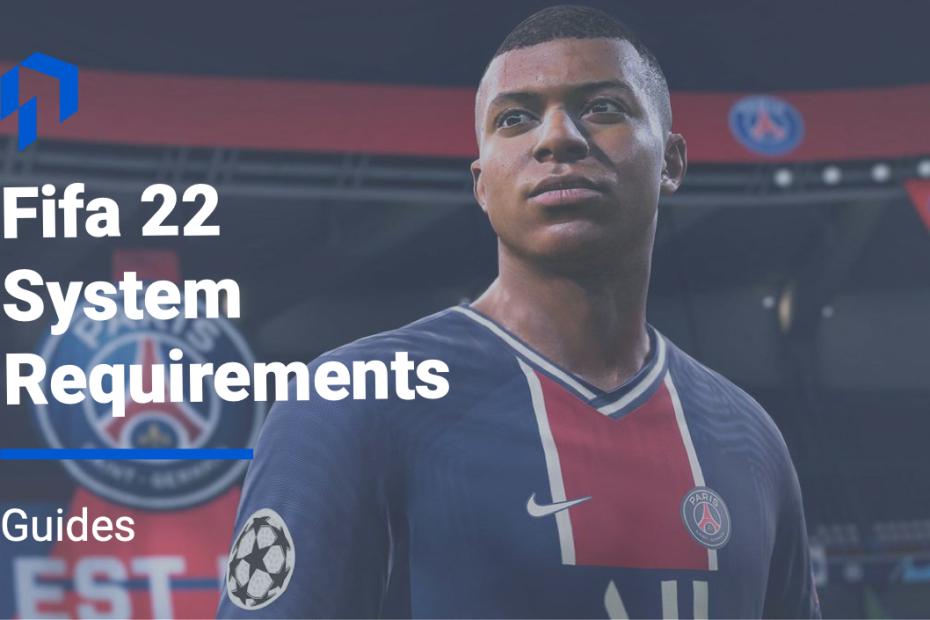 FIFA games have defined the soccer sports genre of video games for over a decade now. While they’re most popular on consoles, the number of PC players has been growing over the past few years, making the computer release of these games a worthwhile endeavor for EA. As the newest entry into the series, FIFA 22looks to update the game with accurate player rosters and new modes.

For fans of the series, they can expect more of the same from FIFA 22. While it’s certainly not a game-changing entry – few are – there are some benefits to running the newest version, including better graphics. These shine most on PC with hardware that can really take advantage of the program’s capabilities.

The game isn’t incredibly demanding, but you will need a graphics card and modern processor (at least a generation 6 if you’re using Intel). Especially with sports games where things move quickly, you’ll want to prioritize FPS over graphical fidelity. Lag spikes or other slowdowns can directly hamper your ability to play well. If you want to build a system from scratch or upgrade an old one, check out our PC building section for guides and recommendations. For more specific recommendations or prebuilt options, keep an eye out later in the article.

What Should I Upgrade to Run FIFA 22?

As part of EA’s mission to release FIFA to as many people as possible – the game is even available on Stadia – the system requirements aren’t too taxing. The game was designed to also run on older generation hardware like the PS4, meaning that computers that have been able to play games over the last 5 years or so will be more than capable.

Measure your rig against the type of gameplay experience you’re looking for. Most people will want to play in at least 1080p for a good mix of clarity and performance but going as low as 720p is an option. Those interested in extreme graphical fidelity should explore more expensive options for 4K gameplay.

The final thing to consider is online play. FIFA 22 can be played offline for its career mode and person vs. computer gameplay, but an internet connection is required to play against others. With how popular the online play of these games has become, you’ll want to game on a rig with consistent access to the internet. Especially if you want to play with friends.

The hardest part of meeting these minimum requirements is the dedicated graphics card. Luckily, the GTX 660 and Radeon HD 7850 are quite old at this point, making them largely unaffected by current hikes in graphics card prices. If you have an existing desktop computer that you want to convert to running FIFA 22, just slapping a graphics card in there might do the trick.

Of course, it’s important to remember that this won’t get you the best performance. Most minimum requirements are written to get about 30 FPS at 720p. If you want to play the game with no hiccups, we suggest shooting for the recommended requirements below.

However, if you’re on a budget, don’t lock yourself out of FIFA 22 just yet. Our under $500 build is more than enough to get you in the game and will probably carry you to 1080p gaming. If you need a guide to building a PC, don’t worry; we’ve got you covered there, too.  Otherwise, check out our list of prebuilt systems under $500 to still meet the requirements for cheap.

With these system specifications, you can expect to game at a consistent 60 FPS at 1080p – meeting the best console experiences for this game. The requirements also aren’t too much higher than the minimum, meaning that you won’t have to spend too much more money. If you’re patient enough to find graphics cards around MSRP, you’ll more than exceed these specifications with our under $600 guide. Otherwise, search around for a lower-powered graphics card to still keep in budget. You can also see our list of prebuilt gaming computers under $800 if you want to get the whole computer ready to go immediately.

FIFA 22 is fun to play even on low settings and meant to be accessible. Don’t stress too much about getting a rig that can specifically play this game. If you’ve gotten good performance in any game that released in the past 5 or 6 years, you’ll more than likely enjoy your experience with FIFA 22.

With that said, it’s also a game that can take advantage of extremely powerful rigs. Superfans who want to really feel like they’re on the pitch playing should shoot for far better specifications than the recommended. That will unlock 4K gaming with 60 FPS for the true experience.