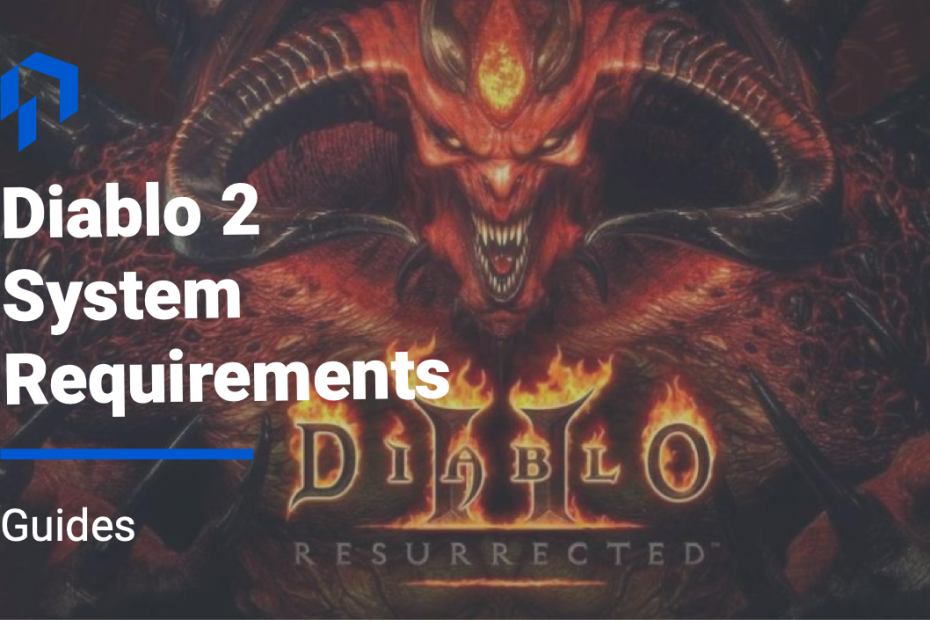 Diablo II is a timeless classic that defined early PC-gaming. Thanks to its gothic horror aesthetic, inventive action-RPG gameplay, and loot-driven dungeon crawling, people of all types flocked to the game. It has defined action-RPG games since its release and, along with other classics like Warcraft III and StarCraft, catapulted Blizzard Entertainment to the behemoth that it is now.

Cashing in on that good will and bringing the experience to a new generation, Diablo II: Resurrected remasters the original Diablo II. There are a whole host of graphics upgrades, updated Battle.net launcher support, and modern amenities that should ensure the game a new, long, re-animated life. With these upgrades, however, come more punishing system requirements.

While the game isn’t too demanding – Blizzard tends to focus on mass appeal for their titles – you will want a dedicated graphics card and modern processor for the true experience. If you’re looking to build a rig for the game, don’t worry. We’ve got plenty of articles and recommendations on building your computer that will ensure great gameplay in this title and others. Also keep an eye out for our specific recommendations under the system requirements.

Can I Run Diablo II: Resurrected?

The simple answer is most likely yes. Diablo II: Resurrected is a relatively simple game to run. A dedicated gaming computer isn’t necessary. Instead, you can think of one as a nice upgrade that unlocks the true experience. Because it’s easy to meet the minimum, we suggest focusing on the recommended settings. This will let you experience the remaster in all its glory.

For that, you will need at least a modern graphics card, updated processor, and 8GB of RAM. We’ll get into the specifics below, but if you’re proficient in those three categories, you’re in a good spot to take on the Dark Lord. Note that you need an internet connection when first launching the game. A connection is occasionally required later to authenticate the game. This is rare, but Blizzard also doesn’t tell you how often they must happen. Make sure your computer can connect to the internet every so often.

You’ll get a good idea of how well your computer runs the game early on. There isn’t one act that’s more demanding than the others, so you can expect consistent performance. Within the first half hour of gameplay, you should have a good idea how the rest of the game will run.

Almost any modern computer with a dedicated graphics card can hit these minimum requirements. This is great news for those on a budget or just returning to gaming after a long hiatus. It’s also fantastic for people on a budget who want to build or upgrade their PC for the first time in a while. Keep in mind that just meeting these requirements gets you gaming in 720p with around 30 FPS. For how many modern components are available for similar prices as these, we recommend focusing on better performance.

While graphics card prices are ridiculously high right now, building a rig that meets these minimum requirements is a simple task. To get started, check out our guide on an under $500 build. That build is close to meeting even the recommended system specifications for Diablo II: Resurrected, guaranteeing you 1080p gaming. Keep an eye out for used deals to lower the price even further. Or, if you’re not interested in building your own PC, we’ve got a great list of prebuilt systems under $500 for you.

Blizzard doesn’t list a recommended resolution for these specifications, but it’s safe to say that 1440p gaming is easily in the bag. These parts are significantly more powerful than the minimum specifications, particularly when it comes to the processor and video card. The game should run smoothly at 60 FPS at 1080p and 1440p resolution. For those interested in experiencing Diablo II: Resurrected in maximum fidelity, you ‘ll also be able to swing 4K at 30 FPS with these settings.

Luckily, meeting these specifications isn’t too tall a task. Take a look at our under $700 build guide to get started. While graphics cards have risen in price, you can likely get other parts of the rig for cheap. We’ve also got a list of the best prebuilt gaming computers under $800 for those of you less interested in building your own.

Diablo II: Resurrected is a game that’s relatively easy to run, making it a great option for people with average rigs. Those looking to reexperience the original Diablo II can even get there with most modern laptops. Although, the experience will certainly take you back to the year 2000.

If you’re looking to upgrade your current computer to run the game more smoothly, we recommend focusing on a graphics card. Grabbing any modern card from ~2014 onwards should all but guarantee great performance here. Keep an eye out for deals to power up your computer. Once you’ve defeated the devil himself, you’ll have the power to look at other modern games too.