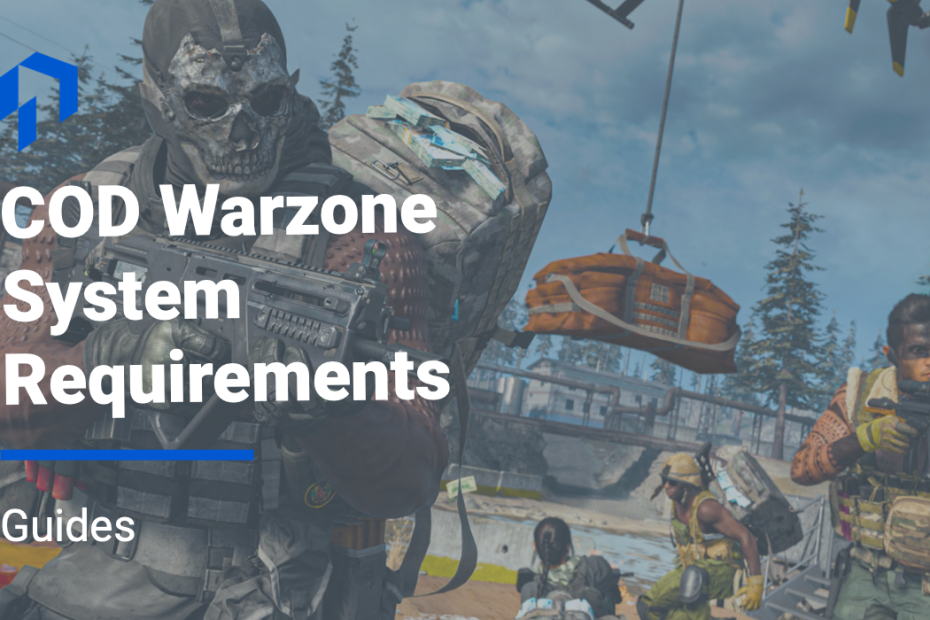 Call of Duty: Warzone quickly became one of the most popular battle royales on the market upon release. Now, with the third Call of Duty main game making its way into the epic free-to-play game, it’s likely to see another rise in player numbers. If you’re one of them, you’ll want to know the system requirements to run the game on PC.

Warzone isn’t the easiest game to run, and you’ll need a dedicated graphics card for decent performance. Still, there’s plenty of wiggle room around budget and target frame rates that should allow anyone a chance to play.

As with any game’s minimum requirements, we always recommend shooting above and beyond. Not only does it protect you from the game getting updates that hinder performance, but it also lets you play other games with less worry. In Warzone’s case, you’re going to want to shoot for at least the recommended settings for high FPS gameplay.

Let’s dive into what Activision says you need to run the game and the different targets you can hit.

For obvious reasons, these specifications are only for the PC version of the game. If you’re looking to play Warzone on a console, just go ahead and run it. You don’t need to worry about power because everything is standardized.

The biggest factor for good performance in Call of Duty: Warzone is your graphics card. This is listed as “Video” above. If you’re looking to upgrade your current computer or see where you should place most of your budget, focus on the GPU. With a decent amount of RAM and a fine processor, you’ll see respectable results.

Need some help choosing the right parts? Not to worry. Building a rig that meets these requirements is relatively cheap. While we suggest shooting for the recommended specifications of the next section, those of you on a budget don’t need to worry. We’ve got you covered with our under $500 build. This should be enough to run the game with a decent frame rate in 1080p or lower resolution. Keep in mind that this assumes the lowest settings and likely only 30FPS. If you’re looking for better performance, check out what you’ll need to upgrade to the recommended specifications.

If you’re tech-savvy, you may notice a drastic upgrade from the minimum requirements to the recommended ones. That’s because this is where players will start to see actual performance. Specifically, Activision recommends these to “run at 60FPS in most situations with all options set to medium”.

Keep that in mind as you look toward comparing your own computer to this one. It’s not the top of the line and won’t let you experience the game in all its beauty. Similarly, though, there’s some wiggle room to still reach 60FPS on low settings. Experiment with your game and see what you can do.

Once again, the graphics card is the most important part of the computer here. Our $500 build doesn’t quite cut it, but there’s no need to worry. You can find our $700 build here that meets these specifications and more. This should guarantee you 60FPS performance, with some substantial wiggle room for higher fidelity graphics.

Going Above and Beyond (The Call of Duty)

Warzone has plenty of room to grow beyond the recommended specifications. With settings that go up to Ultra, the game can fully utilize even the best setups currently on the market. While you don’t have to go out and spend $3000 on a computer to run Warzone – and we really recommend against it – there are other factors to consider.

Because this game is a competitive shooter, a high frame rate is important to many players. Hitting 144FPS or even higher may be essential for competitive play. Doing this while running the game above its lowest settings requires a decent gaming rig. Luckily, Activision looked ahead and considered this. They even include specifications for running the game at a high FPS. Keep in mind that you’ll also need a high refresh monitor to appreciate the faster gameplay.

Our $1000 mid-range build fits the bill here. Not only will this get you high FPS gameplay with good in-game settings, but it also opens the door for 1440p gaming. This is a choice that you’ll have to make on your own. With this setup, you probably won’t be able to maintain high FPS in a high resolution. Most competitive shooter players prioritize FPS, but this build is versatile enough to do both.

Don’t want to choose between high resolution and great FPS? You’ll need some extra cash, but it’s possible. Our $2500 build runs Warzone flawlessly even in 4K. Consider upgrading the GPU to NVIDIA’s RTX 3090 for greater performance if you want to go above and beyond. This build is even strong enough to meet Warzone’s requirements for Ultra RTX gameplay:

Here are the Ultra RTX specs to run the game at a high FPS in 4K resolution with Ray Tracing:

Call of Duty: Warzone’s system requirements can be daunting, but don’t let that stop you. The right build can be had for relatively cheap if you focus on the right parts. We recommend staying away from the minimum specifications as much as you can. At that tier, your performance will likely match or be worse than a console playing the game. Instead, try to save up a bit of extra money and hit the recommended requirements.

If you’re upgrading an existing rig, focus on improving your RAM and GPU. Warzone eats memory, so getting at least 12GB will help dramatically. The rest of your money should go to a dedicated graphics card with good performance. Right now, the AMD RX 580 or RTX 3060 are great choices if you can find them.

If you just want a build that will get you playing with your friends without frustration, check out our $700 build here. It’s enough to keep you at 60FPS while enjoying some of the graphics options Warzone offers.