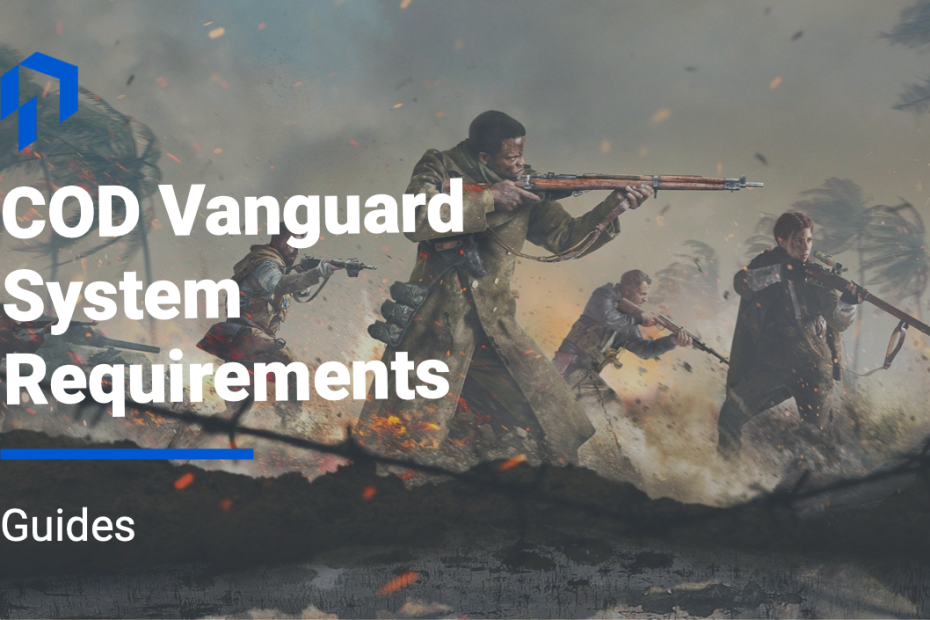 Every November, gamers receive a new Call of Duty experience. While it’s a divisive game for many, the series is one of the top selling of all time for a reason. High octane, fast paced gameplay defines its multiplayer. Call of Duty: Vanguard, the newest entry from Sledgehammer Games, continues that experience. Notably, this newest game also brings some major updates to Warzone, Call of Duty’s entrance into the battle royale space. If you’re interested in learning about those system requirements, check out our article here. But what do you need to run Vanguard itself? Let’s find out.

Activision-Blizzard lists four different levels of requirements. These range from the bare minimum to experience the game at all, to running the game with competitive framerates in ultra 4K resolution. Other entries in the Call of Duty series have always faced some optimization issues on PC, so bare that in mind when looking at the system requirements. It’s better to overshoot your target gameplay experience rather than toe the line. Meeting even the bare minimum requirements will require a gaming PC or laptop with a dedicated graphics card.

Finally, there’s no need to worry about what upgrades to make if you find your rig doesn’t match with the specs you want. We’ve got plenty of recommendations spread throughout the article.

What Is Call of Duty: Vanguard About?

Call of Duty: Vanguard returns the series to World War II once again. In addition to the multiplayer mode, it also features a Zombies mode and story-driven single player campaign.  Most critics have rated the multiplayer and campaign highly, but the Zombies mode leaves something to be desired. At this point, most gamers will already know whether they enjoy the Call of Duty gameplay loop.

Notably, meeting system requirements is most important in the twitch-style shooting of the multiplayer mode. Those looking to purchase Vanguard for its campaign and Zombies modes may be more comfortable dealing with frame drops, as the action tends to be less severe. The gameplay is more of the same across the board, with a few innovations to keep things interesting.

The game is available across all major gaming platforms as well as PC. All the requirements listed in this article cover only the PC version of the game.

The “High-Rez Asset Cache” is a feature unique to Call of Duty games that requires some additional explanation. It is an optional feature that allows high-resolution assets to be streamed rather than stored directly on the disk. The 32GB listed above is the minimum needed to stream these assets into your game. Without this space, you can still run the game – you just won’t have access to high-resolution textures.

Finding a computer that meets these minimum specifications is still doable on a budget, even with graphics card prices still high. We suggest aiming for the recommended specifications at least to have an enjoyable gaming experience, but you’ll still be able to run the game meeting these. Our $500 Budget Gaming PC build is a great starting point. You’ll want to make some changes thanks to the storage space Vanguard needs, however. We recommend bumping your SSD to at least a 500GB option, but 1TB or above is ideal. This will let you use the computer as more than just a Call of Duty machine.

Remember that these specifications are almost certainly only for playing in a 720p resolution on the lowest settings. Getting any more than 30FPS is also likely not going to happen. For better performance, check out what updates you’ll need in the recommended specifications.

This is the tier that most people playing Vanguard will what to shoot for. A computer with these components will hit a consistent 60FPS even with all options set to high. For 1080p gaming and a high value, this tier is hard to beat. It’s also relatively affordable; the only component to keep an eye on is the graphics card. Search around for a good deal and you’ll almost certainly be able to fit it into our $700 budget gaming build.

System Requirements for Competitive Play in Call of Duty Vanguard

As one of the most popular FPS games in the world, there’s a large competitive scene for Call of Duty Vanguard. Competing in this game will require even better performance to keep up with high refresh monitors and low response times. Consider what your monitor’s refresh rate is before following these specifications too closely; you can expect to hit a consistent 144FPS gaming in 1080p with these. If you’re concerned about where to place your budget, choosing a high refresh monitor first is a good idea.

Our $1500 Mid-Range PC build meets these requirements perfectly. We’ve listed a slightly more powerful video card here, but the budget should be perfect for meeting these requirements. These specifications also allow for 1440p gaming with at least 60FPS. This is a great option for those looking to optimize graphical fidelity before performance.

Running Call of Duty Vanguard on Ultra settings in 4K with high FPS sounds like a pipe dream, but it’s absolutely possible. In fact, Activision-Blizzard has even tested it and found the requirements necessary.

Our $2500 High-End Build was written when the top dog of graphics cards was still the 2080 Ti, but it’s a great jumping off point here. With current graphics card prices, you can expect to pay upwards of $3000 for a computer capable of running this game at the absolute maximum settings.

Vanguard’s system requirements are stringent but finding specifications to aim for has been made easy. If you’re wondering what level of requirements to aim for, we suggest the recommended specifications. Most people will play Vanguard casually and benefit from hitting a consistent FPS without the need for extra bells and whistles.