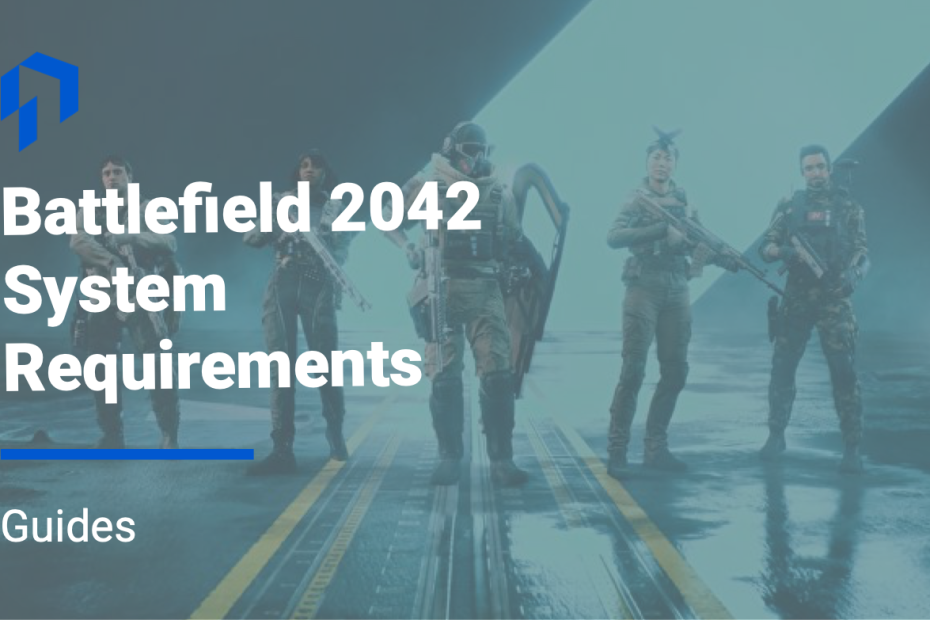 Battlefield has been a beloved series for much of the modern age of gaming. With previous entries in the series seeing a larger focus on single-player interaction, developer DICE switched gears back to multiplayer with the release of Battlefield 2042. The game’s fully multiplayer-focused mechanics are a welcome breath of fresh air for the series.

The game promises extreme visuals and breathtaking graphics, meaning that system requirements are steep. Unlike other major EA titles pushing for a large audience, Battlefield 2042 places a clear focus on the enthusiast. While you won’t need an RTX 3080 to play this game, it will take full advantage of the extra power.

Those with aging rigs who love the first-person shooter may take this as a welcome opportunity to upgrade. Even the minimum requirements – which only represent gaming around 30 FPS at low resolution – are troublesome to hit for older gaming computers. Don’t worry about what upgrades to buy though. We’ve got plenty of articles and recommendations on building your computer that will ensure great gameplay for years to come. Also keep an eye for the exact system requirements and our recommendations later in the article.

You’ll need a modern graphics card with at least 4 GB of video memory and an updated processor to start. With a video memory of less than 4 GB, you can expect frequent hiccups, low frame rates, and unsupported gameplay. This means more crashes and a frustrating experience. Given the high system requirements, we recommend focusing on a graphics card first.

For a good place to start, check out our guide to building a PC for under $1000. While it’s still a heavy investment, it will be tough to find a whole setup that can run Battlefield 2042 well for less. If your budget is lower, consider upgrading your rig in parts while lowering in-game settings.

Also keep in mind that this game is entirely online. There’s no single-player mode to fall back on if your internet experiences issues, so it’s a good idea to ensure you’re all set to go. Consider upgrading your line or switching providers if you consistently struggle in online games.

Thanks to the game’s breathtaking graphics, the minimum system requirements for Battlefield 2042 lockout most systems built before the pandemic. A significant reason why is the graphics card; a 1050 Ti has been a great workhorse card since its release in October of 2016. While it hasn’t pushed the envelope in years since, many gamers default to the card when helping friends build systems on a budget. The same goes for the Radeon RX 560, although it is less popular. If you’re looking for a graphics card to meet these requirements, focus on the amount of video memory available. 4 GB is the minimum, but you might be able to find 5 or 6 GB cards for roughly the same price.

Unfortunately, it’s tough to meet these system requirements on an extreme budget. Our guide on building an under $700 build is a great starting point for pushing just past these requirements, unlocking 1080p gaming and more consistent FPS. If you want to avoid the hassle of building your own computer, you can also see our list of prebuilt systems under $1000.

As far as system recommendations go, Battlefield 2042 represents a new shift in gaming. The arrival of the 3000 series from Nvidia has finally started to be recognized and rewarded. This is in large part thanks to the PlayStation 5 and Xbox Series X becoming more mainstream. Developers can now afford to make their games for the new generation instead of decade-old hardware.

Still, it makes it tougher for gamers on a budget. Meeting these recommended specifications may be tough in today’s graphics card marketplace. We recommend getting started with our under $1500 gaming build. The graphics card is flexible but try to ensure at least 8 GB of video memory. If you can find an RTX 3060 or Radeon RX 6600 XT for MSRP, that will bring you closer to the $1000 build range.

These recommendations should ensure you get a consistent 60 FPS in 1080p gaming. 1440p gaming should also feel smooth, although you can expect a few more bumps in the road. Those looking to upgrade even further and experience everything the game has to offer should look into our $2500 build for ideas on where to upgrade.

Getting The Most Out of Battlefield 2042

For most game releases, it’s easy to hit the minimum requirements on any system with a dedicated graphics card. That isn’t the case with Battlefield 2042, making it harder for the average person to play it. We almost always recommend shooting for the recommended requirements instead of the minimum; with Battlefield 2042, we say to do what you can. System upgrades are expensive now, and getting to experience this game may be harder than you think.

If you do have some extra cash to spend, focus on upgrading to a 3000 series or RX 6600 card. Not only will they serve you well for years to come, but they’re perfect for the incredible graphics Battlefield 2042 pushes out. Regardless of what you choose, we hope to see you on the battlefield!