Crucial P5 vs Crucial P5 Plus: What are the Key Differences? 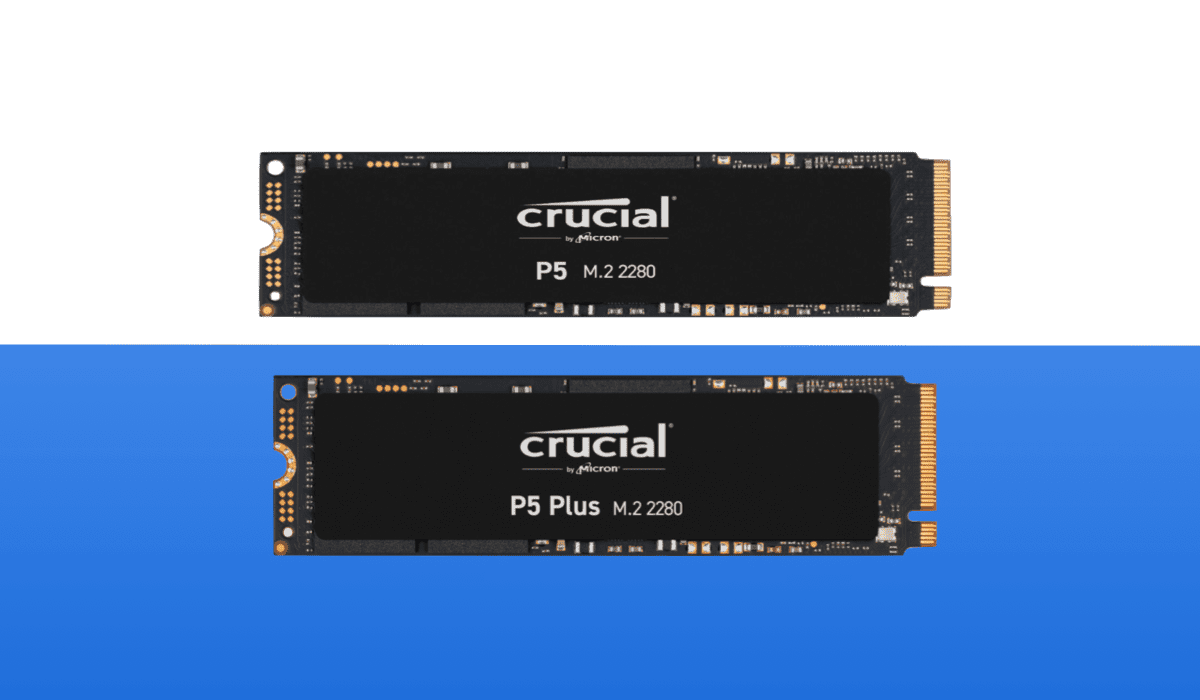 Crucial has a stellar reputation for making some of the best and most affordable SSDs on the market. Now, it has yet to be officially announced, but there have been some leaked listings for a new M.2 drive from the company called the P5 Plus. This appears to be an improvement on the long-standing and reliable P5 that has been a mainstay in many systems since its launch in April of 2020.

This quick guide will go over the key differences and improvements with this new iteration. While specs for the device have been leaked, it has yet to undergo any rigorous testing. So, the figures and exact details here are subject to change as new information about the SSD is released to the public.

The most noticeable change is that the P5 Plus is slated to make full use of PCIe 4.0. This will be the company’s first foray into 4.0 territory, with all of its past M.2 drives being made with PCIe 3.0 in mind. This improvement means that the SSD’s will be fully compatible with newer systems while, hopefully, being even more reliable than past generations given the architecture change.

Crucial isn’t trying to reinvent the wheel here, so it should come as no surprise that this M.2 falls into the same 2280 form factor as previous generations. It will fit right into most existing M.2 slots without a need for a motherboard upgrade.

This is looking to be one fast drive. According to the leaked listings, this SSD boasts 6,600 MBps read speeds and 5,000 MBps write speeds. While the P5 Plus does have rivals from other brands in this price bracket, it is miles ahead of the previous P5. It improves upon the P5 by over 90% in terms of read speeds and nearly 70% when it comes to write speeds.

What most users want to know is how much the SSD can store and how long it can keep on storing data. As with most Crucial drives, the P5 Plus is backed by a 5-year warranty. According to the leaked listings, there are going to be a few different storage options that go as follows: 500GB, 1TB, and 2TB. The 500GB model is rated for 300 TBW (Terabytes Written). The 1TB and 2TB models are rated for 1,200 TBW. So, any of these drives should last you quite a while, though it seems that the higher-capacity models are built to last a bit longer.

The P5 Plus is coming in at $107 for the 500GB model and $367 for the 2TB model. The price for the 1TB model is still not listed and is not yet available for preorder. While users can currently preorder the SSD on Amazon, it won’t officially release from Crucial until August 3rd.