NVMe VS SATA: Which SSD is Best For You? 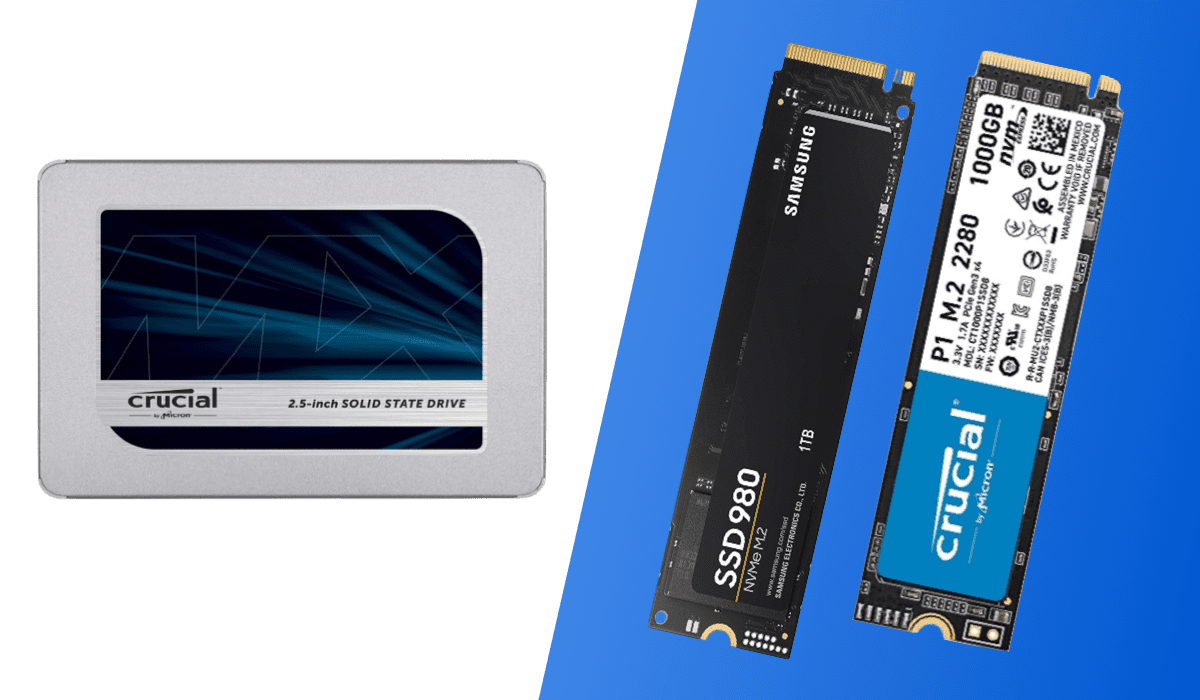 NVMe SSDs have not only become significantly faster  with the technological advancements tied to the fourth generation of PCI Express lanes  but they have also become cheaper in price; currently rivaling the cost of SATA III SSDs for the M.2 form factor. But does this mean that SATA III hard drives can be counted-out as antiquated storage units of a former epoch, or do they still hold value against their successors?

Before we tackle this question, lets specify the differences between the various NVMe interfaces that can be found in modern SSDs. These can be separated mainly into two categories: PCIe Gen 3, and PCIe Gen 4 models. With Intels latest 11th generation CPUs, all current-gen processors and motherboards come with PCIe 4.0 compatibility… but new PCIe 3.0 models are still being released. The reason for this is twofold: PCIe 3.0 SSDs are less powerful in transfer speeds, but are still powerful enough to run applications with a level responsiveness of responsiveness that rivals their Gen 4 counterparts, and therefore have great value for home use and gaming (as their prices are, of course, cheaper than PCIe 4.0 hard drives). Also, PCIe 4.0 lanes are backwards compatible with PCIe Gen 3 SSDs, so the latter drives can still be used even with the latest X570 or Z590 motherboards. It must be mentioned that when we stated that NVMe SSDs are similar in price with M.2 SATA III SSDs, we refer to 3rd generation of PCIe compatible hard drives.

Now, if youre wondering whether or not you should opt for either an NVMe or a SATA hard drive, for a new storage upgrade, this article will detail the differences between the two interfaces, and suggest which is the better purchase depending on the use or setup.

First and foremost, we have the different form factors that these SSDs are compatible with. SATA III SSDs can mainly be found in 2.5-inch and M.2 form factors, whereas NVMe SSDs are mostly sold in an M.2 form. 2.5-inch NVMe drives do exist  in what is called the U.2 form factor but are mainly used for enterprise applications, and are far more expensive than their M.2 counterparts. Additionally, both SATA III and NVMe SSDs can be plugged into a hard drive enclosure that can be used as an external hard drive. This will typically require a USB 3.0 Type-A connection for SATA drives, and a Type-C connection for NVMe drives.

Another important aspect to take into consideration, which ties to the form factor of these hard drives, are the available slots that a motherboard has to accommodate these SSDs. Typically, motherboards will provide two-to-three M.2 slots, though some less expensive or smaller motherboards can come with just a single one. On the other hand, motherboards will have anywhere between four and ten SATA III slots  though six is the typical number of available sockets.  In other words, chances are that you will have more available SATA III slots than you do M.2 slots; which is an inherent advantage for the former interface.

When it comes to an SSDs overall performance, a clear distinction should be made between data transfer rates, and application load times & responsiveness.

But if you like the vast majority of users will rarely carry out large file transfers, the difference between SATA and NVMe drives is almost negligible. A fast and responsive SSD to house gaming, desktop applications, and an operating system does need excessively fast transfer speeds. An example to prove this statement, at least when it comes to game loading times, is the Crucial MX500 SATA III SSD, which actually loaded the Final Fantasy XIV benchmark faster than Gen 3 NVMe drives like the Crucial P1 or the Samsung 970 EVO. Even when comparing the MX500 to what is arguably the best PCIe Gen 3 NVMe SSD: the ADATA XPG SX8200 Pro, we see that PCMark 8 tests (trace-based benchmarks that simulate Microsoft Office, Adobe Creative Suit, WoW, and Battlefield 3) carried out by Toms Hardware show a difference in scores of only 2.8% between the two SSDs. The difference grows significantly when it comes to PCIe Gen 4 drives, like the Samsung 980 Pro, to about 12.8% to 17.9%  but the price difference is also substantial. Hence, when it comes strictly to gaming and general productivity, SATA SSDs still do hold their own, even against this much newer and more powerful technology.

To answer the initial question of this article  on whether or not SATA III SSDs are still a worthwhile purchase versus their NVMe counterparts  the answer is: it really depends on the purpose tied to their use, and the limitations of the setup that will house them.

If you have M.2 slots to spare, then the best overall option would currently be a PCIe 3.0 NVMe drive, like the aforementioned XPG SX8200 Pro or the Intel 665p. If you are looking to save the M.2 slots of your motherboard until PCIe Gen 4 SSDs drop in price, or if you are looking for an SSD on a budget, you cannot go wrong with the 2.5 SATA Crucial MX500 SSD. Especially for gamers and light PC users, the difference between SATA and NVMe (3.0) drives will hardly be noticeable and saving 25% from the purchase of any hardware component is always sweet.

The exception to this would be the transferring of large files (or large amounts of files) on a regular basis. Because of the huge difference in sequential read and write speeds, an NVMe drive is definitely the way to go for this mode of usage. PCIe 4.0 drives like the Samsung 980 Pro or the Sabrent Rocket 4 Plus are incredibly fast storage units for workstation builds, making them value-rich options for these types of setups.