EndGame Gear XM1r Review: One Of The Best Claw Mice to Date? 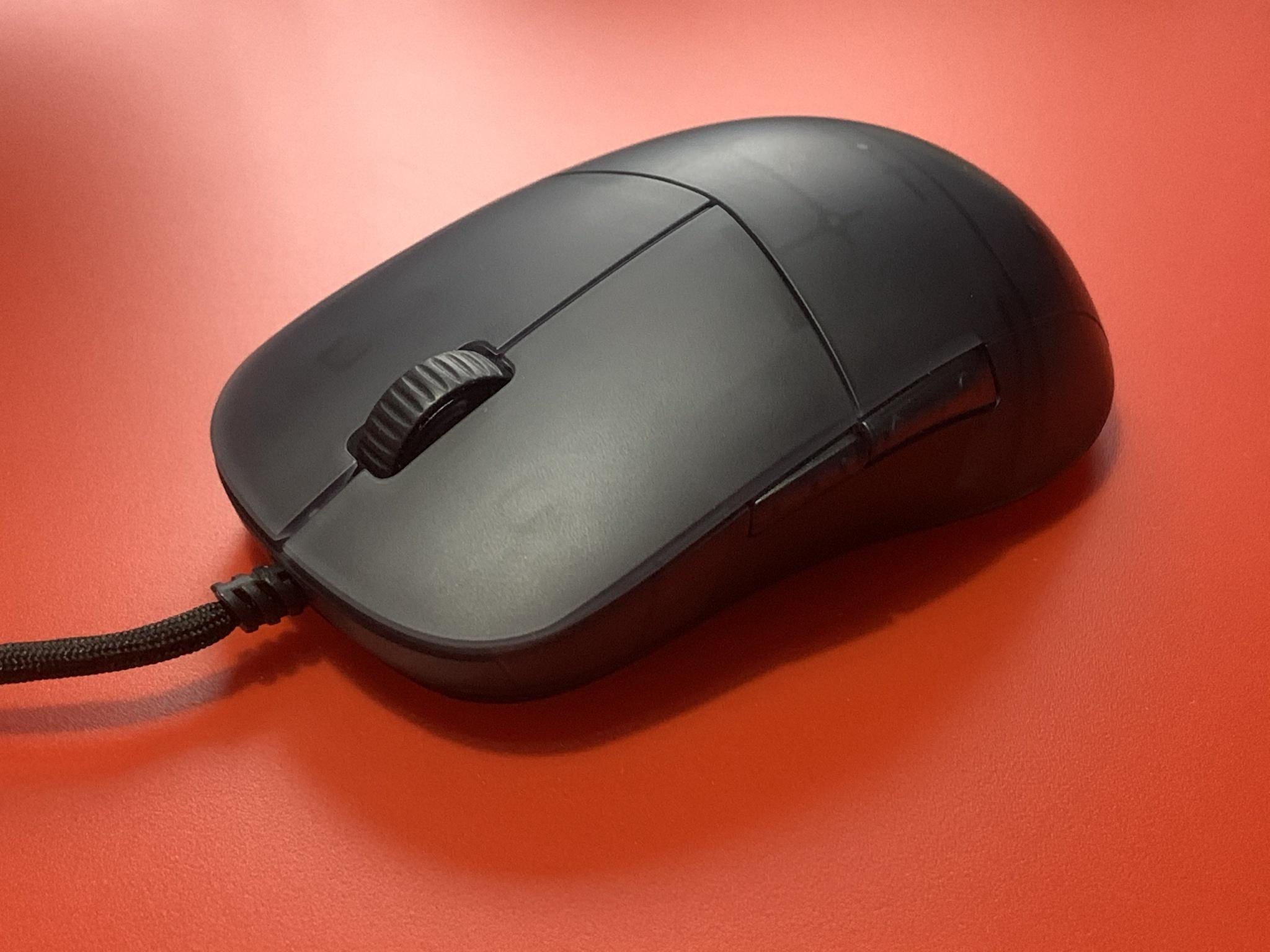 Our review of the EndGame Gear XM1r has been split up into multiple different sections: The Great, The Okay and The Not So Great. Each one of these sections will outline different aspects of the mouse and provide my personal experience, as well as how it has performed.

The EndGame Gear XM1r is a revision of the XM1, take note of the ‘r’, which means they’ve made an already great mouse even better. I’m going to say now, this is probably one of the most well-rounded mice for claw grips, so far in 2020-2021.

EndGame Gear are very well known in the mice enthusiast community, unfortunately not as much in the mainstream community, but they’re getting more & more popular as time goes on due to the great quality products they make.

EndGame Gear has got 1 mouse shape, known as the XM1, in which they’ve done a few versions: The XM1 RGB, the XM1 v1/V2 and now the XM1r. We’ll be taking a look at the XM1r today. The XM1r sports a lot, it has kailh 8.0 switches which provide an awesome tactile click, has a great shape for claw (though a little aggressive for some), top tier coating which is super grippy, a really light flexible cable, superb build quality and much more.

I will say now, I’ve been a fan of the XM1 v2, I use a claw and fingertip hybrid grip and the mouse seems to cater to our needs superbly. So I was pumped that they made it even better with the XM1r. It also comes in at a sweet price of $59.99 which is good value for what you get with this mouse.

The shape of the XM1r is great for claw and good for fingertip, not so much palm, atleast with my hand size of 19cm x 10cm. I’d say the shape isn’t that safe due to flares, but most people will be able to get used to it, with time.

The main buttons are low profile, meaning it’s easy to get a quick click as there’s not much area to move fingers down, I prefer lower profile buttons over higher profile. The hump is towards the back of the mouse, to accommodate for that claw styled grip, though still low enough to allow for fingertip as well. It doesn’t fill my palm that much, but it’s noticeable, I’d say the Burst Pro fills your palm more.

There are no honey comb cut-outs in this mouse, it’s all a solid shell, unfortunately this does mean the weight is 70 grams but to be honest that’s a sweet spot for many people, I would also have to agree too.

Unlike the XM1, the XM1r uses the PixArt 3370, but EndGame have tuned it to make it optimal. Whether this is actually noticeable is down to the person using the mouse.

Personally, I couldn’t really notice any differences when it came to tracking or input lag, though I’m sure technically they’re there. The sensor performance felt great, no noticeable delay or spin-outs on any of our pads. The sensor also has a different cut-out when compared to the XM1 V2, which should make the sensor have increased accuracy and reduce the chance of CPI deviation.

I think it’s great they’ve gone with the PixArt 3370, it really sets the foundation for EndGame Gear’s future, the 3370 is a low power sensor meaning they could easily implement it into a wireless mouse. I’d love to see a wireless XM1r, would be one heck of a mouse, one of the best on the market if they could keep the weight down.

As expected, it’s got superb build quality all around; no rattles, creaking or flexing whatsoever. As the mouse was sample, I cannot comment on how build quality will be in main production, but I’d assume it’d be just as good, if not better. If there are any issues, I’m sure you could get it sorted easily, EndGame Gear are well managed when it comes to sorting things out. The mouse feels like a rock, it’s really hard to get any movement in the material at all, so awesome job here EndGame Gear.

Some Of The Buttons

M1/M2 utilise Kailh 8.0s, really nice to see, the XM1 RGB used 4.0s and they were a little heavy so it’s great to see Endgame going for something a bit lighter. They have very minimal side play or wobble, the pre-travel is minimal too with a little bit more post-travel, I like how they’re implemented. The main buttons on the XM1 don’t have any finger grooves, when I first got the original XM1 v2 I wasn’t a fan but since I’ve used it so much, I actually came to like it, and the XM1r is the same here. They also use a patented design, to allow for click latency to be very minimal, all the more helping your game.

The side buttons on our copy are the same as the XM1 V2 due to it being a sample, however on the main production copies they’ll be updated and should feel nicer and hopefully better. This means I can’t really comment on them here. I will talk about button quality though, both have minimal pre-travel but MB5 has a bit more post travel than I’d like, both buttons have little wobble, so I’d give them an alright when it comes to quality. On main production units, the side buttons should be a fair bit better and hopefully won’t suffer from some of these issues.

Despite being a ‘downgrade’ in terms of flexibility from the XM1 V2 cable, the XM1r cable is still one of the best stock cables out there, it’s light & flexible as well as cable drag being minimal. It feels a bit similar to the cable on the MM720 or a bit similar to the Burst Pro, perfectly usable with the weight of the mouse and even better if you put it in a bungee.

With the XM1r, EndGame Gear have gone a ‘hybrid route’, meaning you can use both big or small feet with it. I think this is quite innovative as generally, smaller feet = faster but larger feet = smoother, so it gives the user more choice and personalisation.

I found the glide to be great and fairly fast on both small and feet, but personally, I prefer the larger feet due to the more smooth feel, EndGame Gear provides the large feet as an extra in the box too. Nice to see them included, I’ve said many times, I think this should be a standard.

The MMB is very light and it feels quite similar to the XM1 RGB one but a bit more tactile, it was surprising as I had seen some people complain about the lightness so I wonder why they kept it in. It’s one of, if not the lightest scroll wheel click I’ve ever used. I accidently clicked it sometimes but the issue has reduced with use, still not sure if I can get behind this change. In terms of actually scrolling the wheel, it feels good; the steps are clear and defined whilst the wheel requires medium force to rotate. I like it. The rubber used also feels quite good with the indentations. There’s very little play and no rattle here with the wheel.

The Not So Great

Issue with the feet

Despite the really good things about the stock mouse feet, I did have a little issue, our sensor ring mouse foot didn’t sit flat so it caused the mouse to wobble and sit unevenly. The sensor ring is to make the sensor more accurate and reduce CPI deviation, but if it comes un-flat or even if the adhesive for the ring just un-sticks during use, it could cause a noticeable effect to your sensitivity or cause mouse wobble. All it took to fix was just me flattening it out again, but I worry it may unstick in the future, I also question how long the adhesive will last.

No other problematic issues here! 🙂

Yes, it’s once again, another XM1. I do think it’s about time EndGame Gear released a new mouse shape, but I also think this iteration to the XM1 is worth it and I appreciate them doing it. Some really good improvements here and probably one of the best, if not the best, stock mice out there for claw grips with medium to large hands. It also comes in at a very safe weight of 70 grams, not light but not heavy, a ‘sweet spot’, as some would put it.

The EndGame Gear XM1r is the fourth iteration of the XM1 line. The XM1 is quite a sleek mouse, no bright RGB, basic software but all important settings, on-board configuration and more. The XM1r is all of that, but better, it has got improved main clicks, improved mouse feet design, improved sensor, improved side buttons & more! Basically, it’s just an improved XM1, aside from the flexibility aspect of the cable.

The XM1 shape has always been dear to me, yes at first it was a little hard to get used too, but after some use I was playing so comfortably and had a lot of confidence, it was really something special. The shape is a little unsafe due to the flared sides, so if you like something flatter, it may be worth looking at the Burst Pro, but for me the flared sides just helped my grip even more.

Can I recommend this mouse? Well, if you hadn’t guessed already, yes! If you have a claw grip and even a little bit of fingertip in there too, this mouse will be a good option, especially if you have medium to large hands.

If you’re interested in the EndGame Gear XM1r, it may be worth considering some other mice too, more specifically ones that cater towards claw grip.

Whilst the Aerox 3 Wireless does come in at a higher price of $99.99, you are getting more features, such as wireless capability and lower weight, it also has a great shape for claw like the XM1r.

The Burst Pro is another mouse to consider for claw grips, it also has flat sides so if you don’t like flare, this would be a good option to go for.

Whilst the Viper Mini is considerably cheaper at only $30, it has a fair bit to offer and is in our opinion, worth considering. It is on the smaller side, but that didn’t stop me from enjoying it.

(No See also: Razer Viper Mini is probably one of the best small budget claw mice out there)