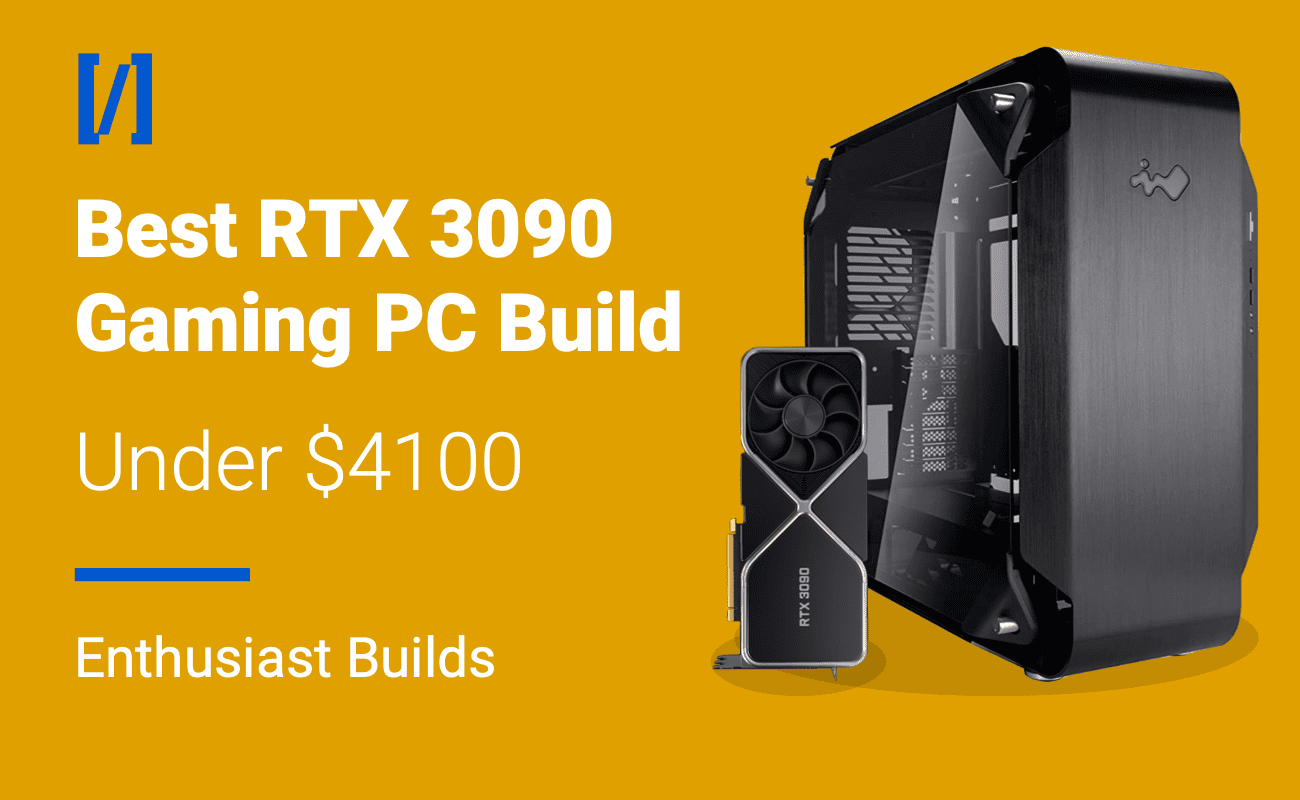 Nvidia’s Ampere release presentation on 1st September sent hype levels stratospheric. Not only are they releasing the RTX 3070 at just $499 whilst claiming that it out-performs the $1200 RTX 2080 Ti, but they previewed their new fastest ever GPU.

Cheekily codenamed the ‘BFGPU’ the RTX 3090 is the absolute new king of the hill. Sporting 24GB VRAM and 10496 shader cores, there will be nothing that can touch this graphics card. Indeed ‘graphics card’ doesn’t really do it justice: This is a supercomputer on a PCIe slot, and creative industries and researchers will find it unrivalled in generating 3D effects, machine learning and computational power. That said Nvidia was happy to demonstrate it to a clutch of streamers showing 8K gameplay. This is a GPU which can leverage advanced AI technologies such as ‘DLSS’ to render game footage at incredible detail without harming frame rates. Be under no illusions, if you want the best and have $1499 to spare this GPU will set the gold standard in graphics performance for the foreseeable future.

To take advantage of this GPU you’ll need an absolutely top-flight PC with no weaknesses. You’ll also need a high-performance 4K monitor to put the power of this GPU on display. In this article, we’ll demonstrate PremiumBuild’s Ultimate RTX 3090 Intel-based Gaming PC for 2021

The Intel Core i9-10900K CPU reigns supreme at present with gaming performance that bests anything AMD Zen 2 has to offer. It’s a 10-core part with hyperthreading making it an excellent all-rounder. Whether you’re looking to stream, multi-task or produce videos this CPU has your workload covered. It uses Intel’s ‘Thermal Velocity Boost’ algorithms to push clock speeds as high as 5.3GHz where temperature and power supply allows. With the RTX 3090 capable of extremely high frame rates even at 4K you’ll want the best possible CPU to underpin your system’s performance and as of now, the i9-10900K is it.

The i9-10900K is a notoriously power-hungry chip and all; that energy needs to be dissipated by your cooler. That’s why we’ve opted for a 360 MM AIO with the Asus ROG STRIX LC 360 RGB. This closed-loop cooler uses a pump, liquid coolant and a large radiator to carry heat away from the CPU. The ASUS ROG branded pump head matches the motherboard whilst the RGB fans can be controlled via Aura sync, Asus’s control software. With a huge surface area and three fans there’s ample cooling capacity and noise can be kept to a minimum. This is a simple to fit and highly capable cooler in keeping with the theme of the overall PC build.

The motherboard forms the core of the system and the i9-10900K warrants a premium option. The Asus ROG Maximus XII Hero is a Z490-chipset board packed full of features. It has one of the most robust voltage delivery systems available meaning you’ll be able to run your CPU at full capacity without worrying about the thermal impact on your components. This takes the form of a 14+2 phase power stage utilising 60Amp FETs for huge power capacity.  There’s a host of overclocking features including on board reset and power switches, debugging code display, and dual EPS connectors to supply power to the CPU. It has three M.2 slots and a host of connectivity options including Dual LAN (1Gb and 5Gb) and Wifi 6 and Bluetooth, as well as the usual adornment of the various specification of USB ports. The audio solution is very high end using the S1220 codec chip and ROG Supreme FX 7.1 sound. Aesthetically the board is on point with M.2 drive covers and a slick discreet anodised finish and a prominent ROG logo. This board gives you all the functionality and connectivity you need to allow the rest of the components shine.

We’ll admit to a slight weakness for a stack of four sticks of RAM with synchronised RGB: G.Skill Trident Z DDR4 3200Mhz Cl16 ram is Asus AuraSync-compatible and has addressable RGB to really set the build off. It has high speeds enabled via an XMP profile, and importantly it is validated on ASUS’s motherboard compatibility list so you’re ensured to run at rated speeds. Intel doesn’t gain significant performance benefits from faster ram and since prices increase greatly for 32Gb ram at faster timings, this is component where we’re balancing price with performance and looks.

A premium gaming rig deserves top-end storage but we’re not just specifying the most expensive option here: The Adata SX8200 Pro is a very well regarded SSD with speeds indistinguishable from the more expensive offerings like the Samsung 970 Evo. PCIe 4.0 doesn’t carry benefits to gaming (at least not any that outweigh the benefit of higher core speeds on an intel CPU) and so this drive hits the sweet spot of 2 TB of very high-performance NVME SSD space. All your games can be ‘on the fast drive’ for reduced loading times and stutter-free streaming of textures and data in the game world.

The case defines the outwards look of your PC and for this build, we’ve opted for something showy. InWin has a long history of ‘out there’ PC cases including their yearly works of art, PC cases costing thousands, at E3. We haven’t pushed things quite this far here: the InWin 925 is a relatively conventional mid-ATX tower but uses lush 4mm brushed aluminium and thick tempered glass to define its robust industrial look. It supports multiple cooling options with routing and radiator configurations aplenty, and this cooling flexibility means you’ll have no issues keeping the GPU and CPU cool. You can vertically mount your GPU – although we’d only recommend that if you use a custom water block to keep it cool as it can stifle airflow to the GPU. It’ll hold GPU’s up to 420mm long and has 8 PCIe slot depth, so you have absolutely no worries about even the monstrous RTX 3090 fitting inside. Even the RGB Inwin logo is Asus Aura Sync compatible meaning there’s no additional bloatware just to control and integrate your RGB lighting. Fear not, if this case isn’t up your street you can select any full tower ATX case that you prefer, but do pay close attention to the dimensions for the graphics card and it’s cooling capability. Those are the two features that lead us to recommend this case from InWin.

For this build we’re pairing one of the most power-hungry CPU’s currently available alongside the most powerful GPU available. The PSU needs to be up to task. The BeQuiet StraightPower 11 is a Platinum-rated PSU with 1000W output capability. It’s fully modular so that you can specify custom cables to really make the build stand out. This PSU has six PCIe power connectors so there will be no issues feeding the RTX 3090’s 350W TDP, and of course, being a BeQuiet it uses a quiet 135mm fan for minimal noise output. Construction uses all Japanese 105C rated capacitors and DC-DC conversion for maximum stability and efficiency. This is a PSU that offers the performance and stability that the highest end components demand and you can be confident it’ll power your whole system with ease.

Finally, we come to the monitor: The RTX 3090 is nothing without a display to show off its unrivalled abilities. This is a GPU capable of 4K output at high FPS and few monitors are equipped to display that. The Acer Predator X27 stands out as the best of them. This 27” 4K panel has a 144Hz refresh rate and G-Sync to match up the monitor refresh to the GPU frames output rate. The IPS panel is bright with vibrant colours and has fast response rates. It’s HDR-enabled and shows one of the best implementations of this technology currently available using 384 backlight zones to brighten and dim the image locally where required. Ultimately when you’re looking for a 4K 144Hz monitor there are very few options capable of displaying the RTX 3090’s capabilities in all their glory: The Acer Predator X27 is the best of them.