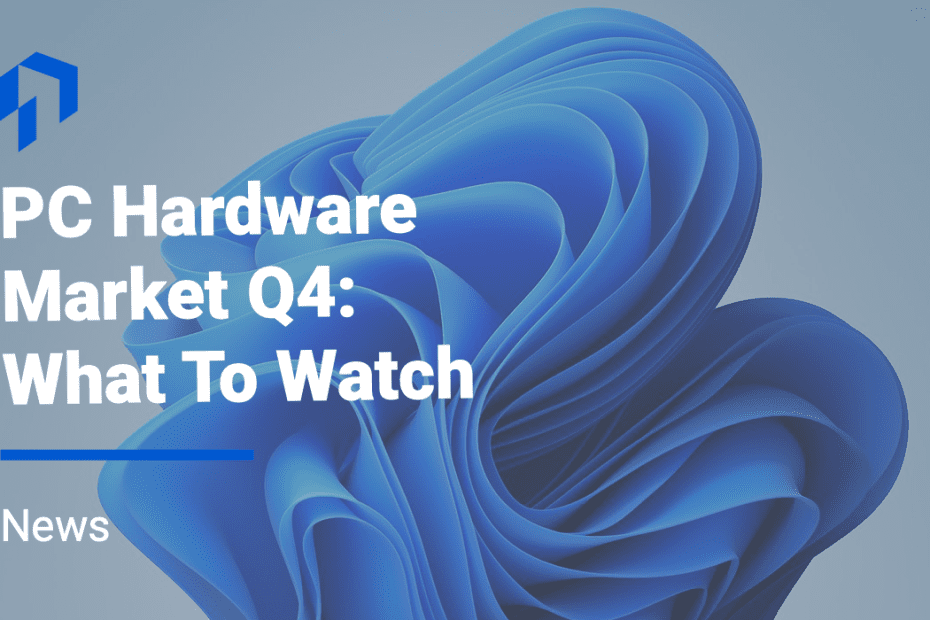 In this article, we overview the five main tech developments to look out for in the fourth quarter of 2021. Enjoy!

Intel is scheduled to release a completely new CPU lineup in October 2021, finally moving away from their ageing 14nm process and “Skylake” architecture.

The 12th Generation Alder Lake CPUs mark a complete departure from traditional CPU design: The high-performance K series and high-efficiency T series combine powerful ‘Golden Cove’ cores with a number of smaller ‘Gracemont’ cores aimed at tackling less demanding background and system tasks. Combined with this new thinking on CPU design there’s support for next-generation GDDR5 RAM operating at native speeds up to 4800MHz, and PCIe 5.0 GPU interconnects. The CPUs will be manufactured on a new 10nm process which should benefit performance and efficiency. The socket moves to a larger LGA 1700 socket and the bracket has been redesigned. The operating system also has to know how best to schedule tasks to these unequal cores, so Windows 11 will have full compatibility with this platform although it’s reasonable to expect that Windows 10 will get an update to add compatibility. Lower end CPUs and motherboard chipsets will still support DDR4 Memory and PCIe 4.0 whilst the flagship Z690 motherboards will allow overclocking and the full suite of support for these next-generation technologies. We’re certainly eager to find out how Alder Lake stacks up against AMD’s offerings and if it can reignite the fight not only for performance but also value.

AMD has announced a late 2021 refresh of the higher end ZEN 3 CPUs which will incorporate ‘Stacked V-Cache”. Cache is extremely fast memory on or close to the CPU die itself, which allows the most frequently needed data to be held right where it’s needed. Cache is one of the primary factors in a CPU’s gaming performance, and whilst more is always better there’s a trade-off between how much of your chip area you dedicate to the processor cores themselves, and how much you allocate to cache memory. AMD has introduced technology that addresses this problem: They’re using 3D manufacturing techniques to ‘stack’ a layer of cache on top of the CPU die itself. It’s strongly rumoured that AMD will be adding 64MB of stacked cache onto the Zen 3 chiplet which includes 32MB already. This makes for 96MB L3 Cache on a single chip or 192MB on 2 chiplet variants like the 5900X or 5950X. This cache will be accessed by an extremely high bandwidth interconnect from CPU to cache, although latency will be higher than the cache located on the same die as the CPU cores.

This is a prodigious amount of high-performance memory (Intel CPUs typically have 16-20MB of L3 Cache) and should provide a large boost to overall processor performance across a range of cache-sensitive tasks. AMD are claiming 5-15% gaming performance uplift from this cache upgrade, but as ever we’ll have to wait for independent testing to find out if that’s accurate. It’s likely the slight discounts we’re seeing on higher-end Zen 3 Ryzen CPUs at present are aimed at clearing the shelves before these higher-performance variants come onto the market. They will be compatible with B550 and X570 motherboards but may require a BIOS update. If you’re interested in the highest performance CPUs, these will be the ones to beat but may face stiff competition from Intels Alder Lake.

Rumoured since early 2021, we’re now seeing a few examples of AMD’s refreshed ‘X570S’ chipset motherboards on the market. These include the MSI MAG Tomahawk and the Gigabyte Aorus Master. Asus has also announced ROG STRIX motherboards with this chipset.
The primary change is that this chipset has better thermal properties and so doesn’t require active cooling. The small fans required by the original X570 motherboards had a habit of running fast and loud when the chipset was working hard. Otherwise these boards continue to use the AM4 CPU socket, supporting the latest Ryzen 5000 CPUs, but best information at present suggests that they will not support the next generation ZEN 4 CPUs which will move to AM5 sockets.
If you’re looking for a high end AMD Motherboard but want to avoid the compromise of a chipset fan, it’s well worth seeing what X570S motherboards exist – they’re the most recent options for a high end Ryzen PC at the moment and address the single major criticism of the X570 chipset: The loud fan.

DDR4 was released in 2014 has been the standard system memory ever since. However, in the quest for improved speeds, the new standard DDR5 has been implemented and is available to consumers for the first time this year. Corsair, G.Skill and Team all currently have kits available, although prices of around $300 for 32GB are common.
At release, only high-end Alder Lake CPUs and Z690 chipsets will support this memory, and we will likely enter a cross over period where DDR4 and DDR5 co-exist for a year or more. Early DDR5 kits show substantially higher latency than high-performance DDR4 at the moment, although they do have higher bandwidth thanks to very fast operating frequencies. DDR5 is at present not a great deal faster than high-performance DDR4, but the specification has a number of advantages that mean that as processes and manufacturing methods are refined it will eventually outstrip DDR4 for speed. For the time being it seems sensible to stick with DDR4 whenever value is part of the equation, but keep an eye on DDR5 as prices and availability improve: In another couple of CPU generations it will usurp DDR4 and become the standard RAM option for PCs.

Sadly, the GPU shortage is running headlong towards its first birthday and showing no sign of abating. The fundamental conditions that lead to it haven’t changed – The global pandemic disrupting supply chains and leading to an increase in demand, Silicon and fabrication shortages at the supply side, as well as elevated cryptocurrency prices and the current generation of GPUs being adept at mining. Industry spokespeople are hinting at conditions remaining tough through 2022. All of this means that GPUs remain hard to find, and marked up. Whilst we were initially fans of waiting this situation out, it now seems probable that that’s not an option. So what can you do to get hold of a GPU?

Overall, despite the GPU crisis, there’s plenty of interesting technology coming to PC’s in the next quarter: We’ll keep you up to date with the best products and builds as the landscape develops!