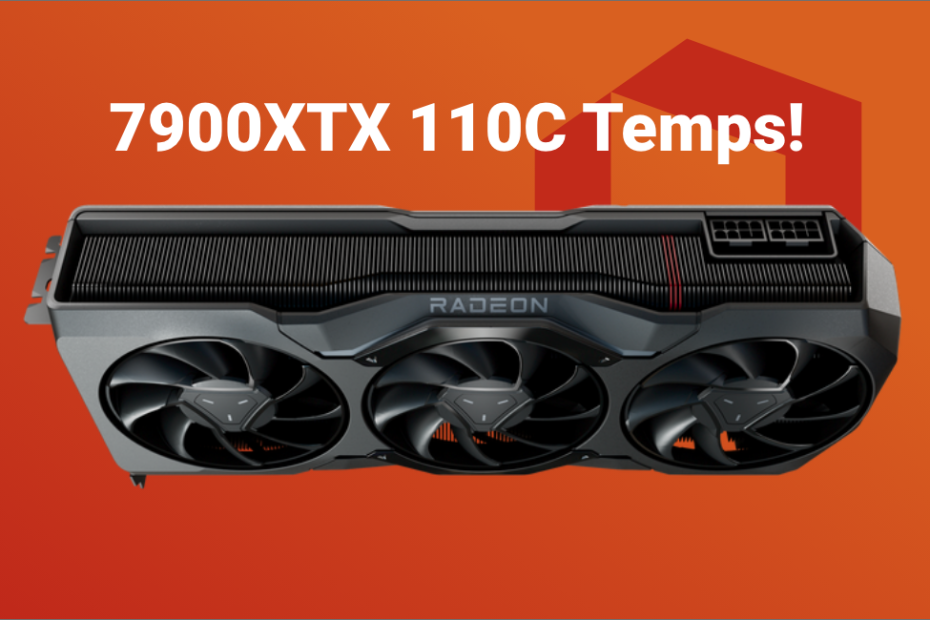 It is reported by Hardwareluxx that a number of AMD RX 7900 XTX MBA reference cards are experiencing some rather hot temperatures – with recordings of hotspots hitting up to 110C. The variation between the hotspot and average temperatures on the PCB varied by up to 54C!

The cause is unknown, and appears to be completely random in terms of the temperature variance – we suspect it could be because the baseplate isn’t fully contacting the GPU and memory controllers dies – causing a heat trap where the temperatures are reaching up to 110C.

It is worth noting that this issue doesn’t include the RX 7900 XT – but given the similarity between the two, it won’t be unlikely they aren’t sharing the same thermal issues.

Aftermarket RX 7900 XTX cards seem to be not affected which feature custom cooler designs, rather just the AMD reference design.

Hardwareluxx is reporting that AMD is aware of the problem and currently investigating this – fingers crossed they’ll find the root cause and find a solution to help the affected users!