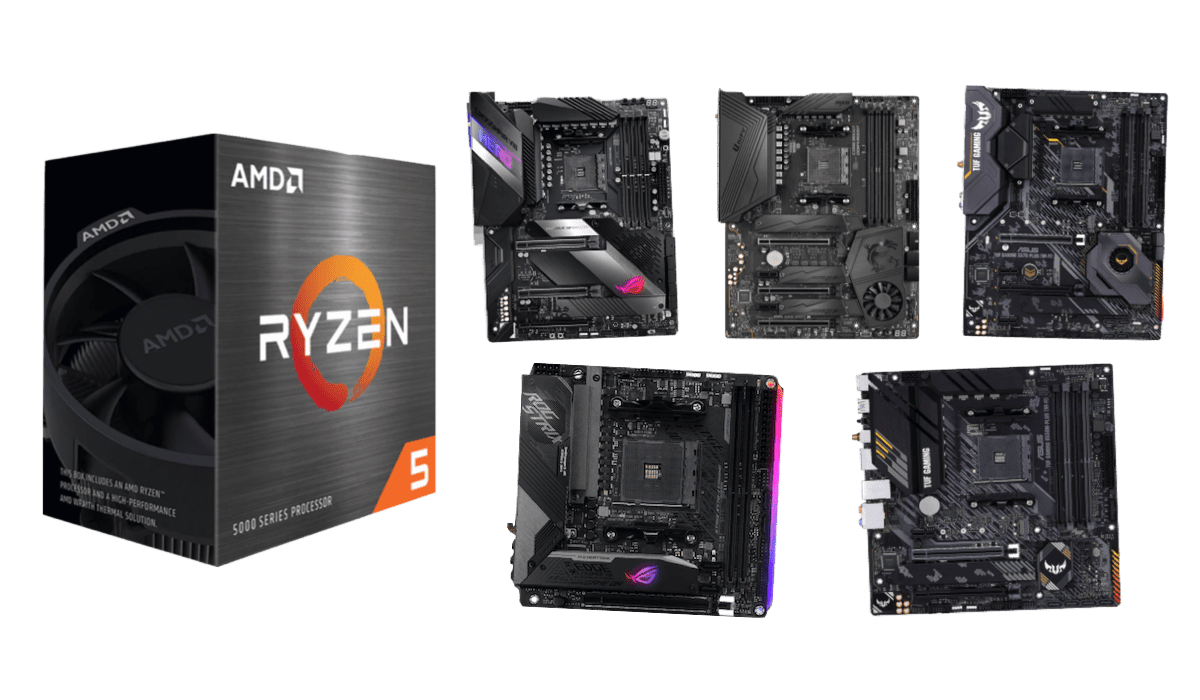 Based on the newly revealed Zen 3 lineup, mid-range builders have a lot to be excited about thanks to the upcoming Ryzen 5 5600X. If you saw the announcement, you might have noticed the slight price hike across the board for Zen 3 at roughly $50 more for each tier than Zen 2. However, fret not, dearest enthusiasts, because if AMD’s recent track record of transparency and accuracy regarding their internal testing since the original Zen launch is anything to go by, they’ve more than earned that premium.

The primary reason why anyone looking for a new mid-range build or CPU upgrade should be ecstatic is the 5600X’s 65W thermal design power (TDP), which will make it arguably the most compelling option on the market when it finally drops in November. That’s astounding considering the TDP for the both the 3600X and 3600XT is 95W (realistically 105W). Thus, AMD has not only managed to bring a generational performance uplift of roughly 20% with Zen 3 compared to Zen 2 but, in the battle of the Ryzen 5s, they’ve done so with even lower power consumption. Any veteran member of Team Blue should understand why such an achievement is worthy of a double-take because Intel has barely managed to keep their Core i9 series under 350W during peak load performance. If Zen 3 manages to have any overclocking headroom whatsoever, where, by and large, Zen 2 really didn’t, then there’s a good chance Intel may not be able to compete until at least next year when their 12th Gen 10nm Alder Lake is supposed to release.

Two essential factors in Zen 3’s power efficiency are AMD’s chiplet design (whereas Nvidia and Intel still utilize massive, monolithic dies), and undoubtedly the changes made to their core complexes (CCXs) within each chiplet. Chiplets allow AMD to separate processor cores between multiple smaller dies, meaning designing and manufacturing each new architecture is significantly easier. Further, each chiplet now houses up to eight unified cores and 32MB of L3 cache. So for higher-end Ryzen processors with two chiplets, each core has simultaneous and direct access to a genuine total of 64MB of L3 cache. Couple this with the improved architecture of Zen 3 on a refined 7nm process, and you’ve achieved a 19% improvement in instructions per clock (IPC) with nearly identical TDPs in every performance bracket.It cannot be understated how impressive this is. Such outstanding efficiency means that upgrading to Zen 3 is as simple as installing your new processor, with no need for a new cooling solution, and new builders won’t have to break the bank on their motherboards, power supplies, and CPU coolers. Thus, all of the best and most popular picks for Zen 2 directly translate to Zen 3.

With that understanding, today we’ll reaffirm some of the best motherboards to choose for your next AMD build with the Ryzen 5 5600X!

The Asus TUF Gaming X570-Plus, and Asus’ TUF series, in general,continues to offer fantastic price-to-performance in terms of VRM performance and connectivity. Furthermore, Asus’s BIOS interface and proprietary motherboard software have long been favored by PC enthusiasts and overclockers thanks to their intuitiveness and responsiveness. Plus, Asus’s BIOS designs tend to be very aesthetically pleasing, including the BIOS for the TUF Gaming X570-Plus! The TUF Gaming X570-Plus is also the prime example of why the 5600X is such an incredible offering, with 20% more performance for 38% less power, any motherboards that performed well with Zen 2 Ryzen 5 CPUs will be even better.

Note, if you’re looking for an entry-level option with Wi-Fi and Bluetooth connectivity, the Asus TUF Gaming X570-Plus (Wi-Fi) variant is only an additional $25!

The MSI MEG X570 Unify was a magnificent response to troublesome VRM thermal performance issues with the MSI X570 boards priced under the MSI MEG X570 Ace. With the X570 Unify, MSI arguably has the best X570 motherboard on the market for overall build quality, performance, and features, which is why it’s still an outstanding choice.

If you’re looking for the ultimate ATX motherboard to pair with your new 5600X at $300, there are almost no arguments to make against the X570 Unify.

The Asus ROG Crosshair VIII Hero (Wi-Fi) clinches our top spot for the best high-performance motherboard thanks to its incredible price given its VRM and feature-set compared to the other available enthusiast X570 motherboards; the MSI MEG X570 Godlike and the Gigabyte X570 Aorus Xtreme. For just $380, the Crosshair VIII Hero (Wi-Fi) has equivalent power delivery and connectivity features to the $700 MSI and Gigabyte options, which is nearly 55% cheaper!

Unless you have $700 burning a hole in your pocket, your best bet for the ultimate motherboard for the Ryzen 5 5600X is undoubtedly the Crosshair VIII Hero (Wi-Fi). Although, if even $380 is a bit too rich for your blood, you can also opt to save even more with the Gigabyte B550 Aorus Master. At $280, you’re getting an identical VRM to that of the Gigabyte X570 Aorus Xtreme, just without the additional PCIe 4.0 bandwidth for the chipset link on the B550 Aorus Master.

Considering there is legitimately only one option for mATX x570 motherboards, the Asus TUF Gaming B550M-Plus (Wi-Fi) is the clear winner here at only $180. While MSI does offer their incredibly popular MAG B550M Mortar (Wi-Fi) for around the same price, the TUF Gaming B550M-Plus (Wi-Fi) provides a similar VRM layout, better memory overclocking support, and vastly superior connectivity for the rear I/O.

For any builders looking to cut down the size of their next machine without having to worry about extensive hardware compatibility research and potentially frustrating cable management, the TUF Gaming B550M-Plus (Wi-Fi) is a reliable platform with plenty of fantastic features.

Despite some of the impressive mini-ITX B550 motherboards that are now available, our award for the best mini-ITX for Ryzen 5 5600X builds belongs to the Asus ROG STRIX X570-I Gaming, which comes in at $250. Again, the pricing for B550 motherboards compared to X570 isn’t cheap enough to recommend over many current X570 options. While you can go for the Gigabyte B550I Aorus Pro AX for $180, you lose out on rear USB connectivity on a form factor that already struggles to pack on as much as it can due to space constraints.

Perhaps if B550 pricing drops after its release window, we’ll change our tune, but until then, the X570-I Gaming is still the king of mini-ITX motherboards for mid to high-end Ryzen builds.

Zen 3 signals the beginning and the end of an era. The AM4 socket is on the home stretch as we await the next one (AM5?) and approach the release of technologies like DDR5 RAM, but will go out with a bang by housing the most enticing consumer desktop CPUs we’ve seen in years!

If you’re more interested in the B550 chipset, be sure to check out our recommendations for the best B550 motherboards!

Best Entry-Level: Asus TUF Gaming X570-Plus– The TUF Gaming X570-Plus continues to prove one of the best price-to-performance values for Ryzen builders with solid VRM thermal performance, connectivity features, and overall build quality – with the (Wi-Fi) variant available for an additional $25 if needed.

Best Overall: MSI MEG X570 Unify– The X570 Unify is arguably the most compelling motherboard for any mid to high-end Ryzen build thanks to its ultra-slick blacked-out aesthetic, impressive VRM, capable memory overclocking, and a plethora of connectivity features. MSI responded to the performance issues with many of their X570 motherboards in a big way with this one.

Best High-Performance: Asus ROG Crosshair VIII Hero (Wi-Fi) – At $380, Asus provides the absolute best enthusiast-class motherboard for high-end Ryzen builders that don’t have $700 to throw at options like the MSI MEG X570 Godlike or the Gigabyte X570 Aorus Xtreme. If you want to save even more money for best-in-class VRM thermal performance, check out the Gigabyte B550 Aorus Master, which offers an identical VRM to that of the X570 Aorus Xtreme for less than half the price, albeit with comparatively gimped connectivity.

Best mini-ITX: Asus ROG STRIX X570-I Gaming – Although we’ve seen more decent mini-ITX options for Ryzen builds with many new B550 motherboards, they don’t provide enough competitive features or performance for how similar they are in price. However, if you’re still looking to shave off $70 from your build, consider the Gigabyte B550I Aorus Pro AX. Just be aware that you’re getting even worse rear I/O connectivity on a form factor that’s already somewhat limited.

Are you planning your next build or upgrade around the 5600X? What are your thoughts on Zen 3, and do you think Intel has a chance of competing with their upcoming 11th Gen CPUs? Let us know your thoughts in the comments section below, and as always, thanks for reading!