What is the Optimal Monitor Resolution for RTX 3060 Builds? 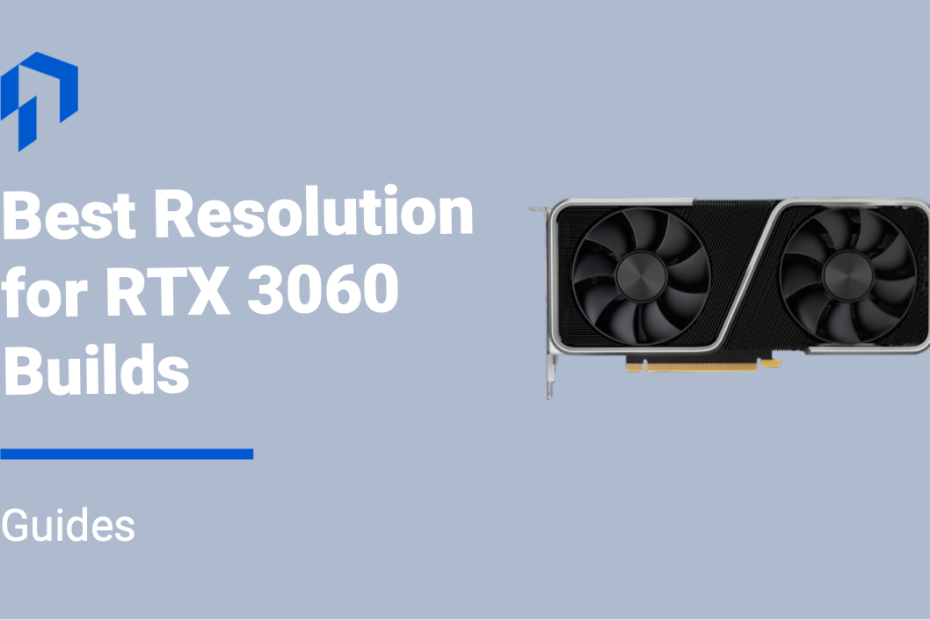 The RTX 3060 sits as a mid-range GPU champion. Its MSRP of $329 places it perfectly among the rest of NVIDIA’s stock, although getting your hands on any graphics card at the recommended price is still a challenge. This card is not meant to push 4K gaming or anything close. Instead, it serves the 1080p crowd perfectly, and can respectfully manage a few games at 1440p. Perhaps more than any other card from the 3000 series, the rest of your rig will have to pull its weight for the best performance.

With all of that in mind, the question of the best resolution to play it with this card comes up. Note that everything we just said is about the RTX 3060, not the RTX 3060 Ti. If you manage to upgrade to that even more elusive card, your resolution options open up significantly. While this article focuses mostly on the original 3060, we’ll reference the 3060 Ti a few times. And, to put it out there; if you have the choice between the 3060 and the 3060 Ti at MSRP, choose the upgrade. The extra $70 will be worthwhile.

Above all else, the 3060 is a 1080p GPU. You should always look at what games you play and their requirements, as well as the rest of your rig. However, for those looking to future-proof their build or game in high resolutions, you’ll have a better time waiting for an upgrade. Let’s see why and how to optimize this card.

Contents hide
1 The Champion of 1080p Gaming with RTX
2 What Refresh Rate to Aim for While Gaming At 1080p
3 Choosing A Higher Resolution
4 Closing Thoughts
5 Relevant Guides
5.1 Related

The Champion of 1080p Gaming with RTX

For those looking to play the most modern games at good frame rates on the RTX 3060, there’s only one resolution option. 1080p became the standard monitor resolution years ago, and for good reason. It’s sharp enough to be usable at almost all screen sizes, games can hit ludicrous frame rates on it, and 1080p monitors are relatively cheap.

Compared to other cards in both the 2000 and 3000 series, the RTX 3060 is an exceptional deal for playing at 1080p. This is especially true for those interested in utilizing RTX technology for ray tracing and special effects. At only $329, it’s one of the cheapest ways to access this tech and get great performance. Across benchmarks, its performance is almost equivalent to the 2060 Super while being slightly cheaper.

Techspot’s analysis of modern games such as Assassin’s Creed: Valhalla, Watch Dogs: Legion, and Death Stranding all place this GPU around the middle of the pack at maximum settings. While this might seem like a lackluster result, it’s actually great performance for the price. Most GPUs ranking higher than the RTX 3060 are much more expensive and made for gaming at higher resolutions. Notably, the 3060 Ti breaks this mold. It’s only $70 at MSRP but consistently beats more expensive cards, even outperforming the RTX 2080.

RTX 3060 performance suffers moving up to the 1440p range. In fact, at maximum settings, it rarely even hits 60FPS on the same titles. While many gamers would be fine using the 3060 for 1440p gaming, it will not be useful for monitors with a refresh rate higher than 60Hz.

What Refresh Rate to Aim for While Gaming At 1080p

As we mentioned earlier, the exact performance you’ll get with this card depends heavily on the rest of your setup. However, assuming you don’t have a major bottleneck for your CPU, there are some general guides we can provide. Most people gaming at 1080p on the RTX 3060 will comfortably hit 120 or 144 frames per second using medium settings. If you bump that up to ultra-settings or care more about RTX, you’ll probably be closer to about 60 frames per second.

If you’re looking to upgrade your monitor, a 120 Hz monitor is a safe bet. With that said, it may not be worth upgrading specifically because of this card. Due to how long 1080p monitors have been the standard, many of them at 60 Hz refresh rates, your current setup may be more than enough.

However, for those of you who need an upgrade, consider grabbing a monitor with a higher refresh rate. We recommend splurging for the upgrade for three reasons:

While the RTX 3060 performs best at a 1080p resolution, gaming at 1440p is certainly a possibility. If you’re considering leaving behind higher frame rates for graphical fidelity, you’re not making an incorrect choice. We recommend upgrading to a 3060 Ti instead if you can find one, however. It simply performs far better while gaming at 1440p than the basic 3060 can.

Consider that RTX features and ray-tracing capabilities will be limited while playing at 1440p on this card. With these effects on at a higher resolution, it’s easy for the 3060 to fall well below 40 FPS, which many people consider unplayable. Think about your personal tolerance and preferences before deciding.

The RTX 3060 is currently one of the easiest graphics cards on the market to place. When found at MSRP, it is a respectable deal that serves all gamers who aren’t interested in upgrading to 1440p resolution just yet. Its graphical prowess will get you through all modern games and likely the next few years with no issues, even on maximum settings.

It’s not the choice for those with enormous budgets or who want to push the very edge of gaming, but it’s not supposed to be. However, there is enough zip in this to carry a few games through nice 1440p performances. As always, consider what games you play and their requirements to make your final decision. If it were us, we’d choose a 1080p resolution with a high frame rate for this card every time.

Want to read more about the RTX 3060 and its capabilities? We’ve written plenty about NVIDIA’s 3000 series and have the answers to all your questions. Check out these articles to get a head start: