What is Ryzen Optimized RAM? Maximize Your Ryzen Build Performance 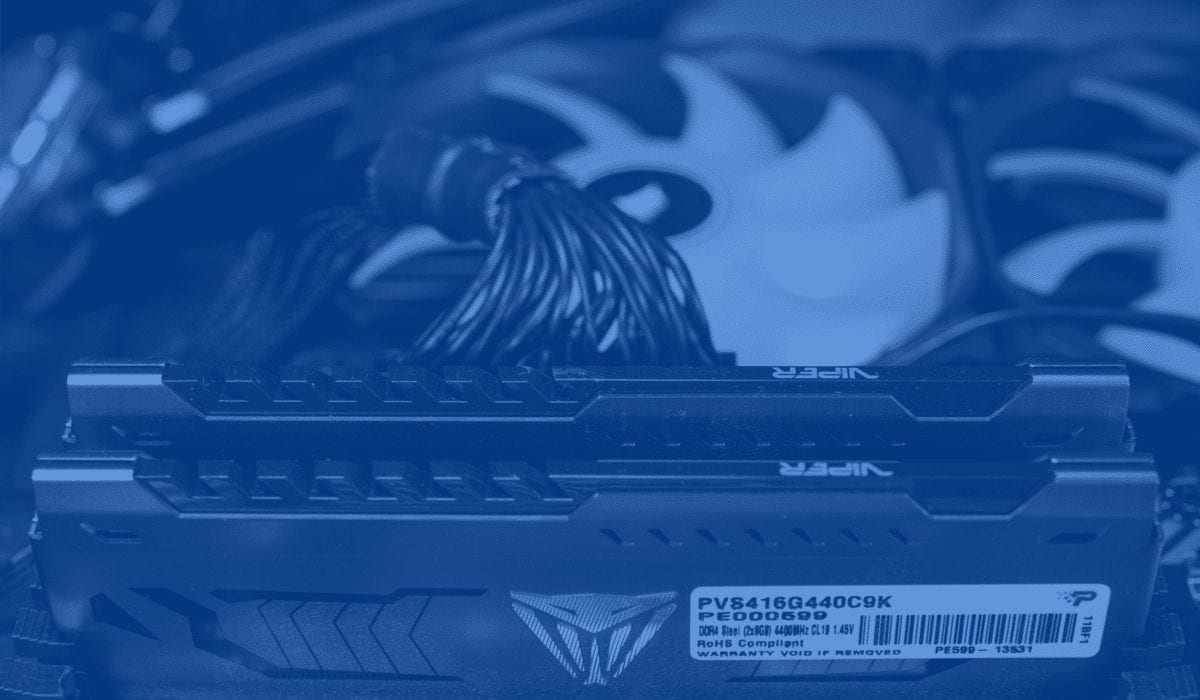 Each component in a PC build needs to run harmoniously with each other internal piece, creating a chain of synchronicity that results in the pleasure, and utility, we receive from the PC’s performance. This performance allows us to play games at high framerates, edit photos and videos efficiently, or just sit back and watch a film on a high-resolution monitor. To best achieve this ideal state, each hardware component must be carefully chosen, in order to assure that it is connected to the most optimal pairings.

The very first link that should be chosen, when it comes to building a PC, is the CPU; as this is the most crucial part of any setup. If you are one of the many that have opted for a Zen 2, or Zen 3, AMD Ryzen processor, then there are some key suggestions that can make a considerable difference in performance – especially when it come to the Random Access Memory that will feed the CPU with the necessary temporary memory it needs to function.

In this article, we will break down each aspect associated with these memory units, and particularly the features that tie into the architecture of a Ryzen processor. Then, we will provide suggestions for the best metrics to look for when making a purchase, as well as a couple of examples of memory kit models that contain all the best qualities needed to synchronize with a Zen 2 or Zen 3 CPU.

The speed of a memory unit is dependent on two factors: the clock frequency and the CAS (Column Address Strobe) latency.

The former metric refers to the number of cycles that the memory can perform per second,  measured in MHz. Now, it is better to have the potential for a larger amount of cycles, but different types of RAM can access data from a column address in a different amount of these cycles. The less cycles needed to access this information the better, and these cycles are measured as CAS Latency (CL).

The overall speed of a RAM unit is dependent on both of these metrics, and can be calculated by taking the CAS latency and multiplying it by the reciprocal of half of the clock frequency (in cycles). For example, a memory kit with a frequency of 3,200 MHz and a CAS of 14 cycles will have an absolute latency of:

That being said, the absolute latency may not always be the determining factor when it comes to a memory’s performance. CPUs are built in a fashion to where they pair better with certain speeds that synchronize with their own internal frequencies. When it comes to Ryzen CPUs, the determining factor is what AMD calls the Infinity Fabric – or FCLK/Fclock. For Zen 2 and Zen 3 CPUs – and the internal frequency of the Infinity Fabric is 1,800 MHz. Double this data rate (3,600 MHz) is what will optimize the synchronicity between the memory and the Infinity Fabric.

This FCLK, or internal latency, can also be tweaked, and overclocked to 1,900 – or even 2,000 – MHz, but these frequencies may be difficult to maintain in terms of stability. So, if FCLK is left to its default 1,800 MHz, a RAM with a frequency of 3,600 MHz will be optimal – which should come with a CAS latency cap of 16 cycles. The absolute latency of this kit is 8.88 nanoseconds, but benchmarks prove that this speed actually does outperform the 3,200 MHz CL 14 kit, which has a lesser absolute latency, due to the better match it makes with the double data rate of the internal frequency of Ryzen CPUs.

Of course, the less the latency the better, but lower latency also drives the price up dramatically, and the difference in performance (at least for common applications like gaming) will be all but negligible. If you wish to overclock the FCLK, then a 3,800 MHz speed would be best (FCLK at 1,900 MHz) as overclocking further would be difficult to achieve consistently.

Typically speaking, the best die for Ryzen CPUs is Samsung’s B-Die, but this will only matter if you plan on overclocking your RAM, and even then it is somewhat debatable how much it ultimately affects the performance of the memory’s overclocking potential. Other dies – like CJR’s C-Die or Micron’s E-Die – can also perform decently, but Samsung’s B-Die allows for clock speeds and latency combinations that are optimal for Ryzen CPUs.

If you’d like to know whether or not a particular RAM model has Samsung’s B-Die, and the manufacturer has not specified the die that they use on their product’s sales page, then here is a handy searching tool that allows you to filter different models and find the best choice for your needs.

Most RAM kits will come in two or more ranks, splitting the total storage accordingly. Situating the RAM in this manner creates a multi-channel memory platform. This effectively doubles the traces running on the memory bus, and doubles the width of the data channel.

If you worry about whether or not having a single-rank RAM kit will negatively affect the performance of your setup, benchmarks show us that for the vast majority of users the differences between single and dual channel memory, in real world applications, is actually almost negligible. Where the difference in configuration does become substantial, is with simulations or compilations, as the dual channel memory displayed a performance boost that was just shy of 17%. But for applications like gaming, browsing, or general productivity – which the Ryzen CPUs are mostly geared towards – the advantage is minuscule. The deciding factor for choosing a single channel or dual channel setup should ultimately be the price associated with the two options. Also, if you are building a PC around an mITX motherboard (which only has two memory slots), you don’t need to worry about separating your initial RAM storage into two ranks. You can buy one rank, with the amount of storage you currently need, and save the second slot for a future upgrade without having to worry about impacting your memory’s performance.

If you’re wondering how much RAM you should purchase, the answer will depend on your usage. There is no optimal RAM storage amount for Ryzen CPUs, but there are certain guidelines you can follow to assure that your PC has enough RAM to function properly – without overdoing it.

If you use your PC for general browsing, light office use, or competitive multiplayer games (titles of which are far less hardware demanding than triple-A releases), then 8 to 16 GB of RAM will suffice. Of course, the more RAM the better, but if you are on a limited budget, 8 GB of RAM can be a decent starting point of which you can also later upgrade depending on your needs and resources. Next, if you enjoy triple-A gaming, and want to get the most out of your PC, 32 GB of RAM would be best, as it allows for plenty of storage to be used between both the high-end gaming titles, as well as any background applications and web browsers that may be working simultaneously – and can occupy a considerable amount of RAM. Finally, if you plan on building a PC for content creation, then a minimum storage amount should be 32 GB; if you wish to avoid freezing and stuttering while editing.

For a typical gaming build, geared towards those that care little about going through the hassle of overclocking their RAM and FCLK, the answer would be: a 16 to 32 GB kit, in two to four ranks,  with a speed of 3,600 MHz CL 16, and a Samsung B-Die. With this kit, you can have dual channel memory, with a clock frequency that has double the data rate of the Infinity Fabric, and the best performing die and a sufficient amount of memory storage.

As a general guideline, the above metrics stand true for most builds, with certain tweaks being made to accommodate different usages. If you don’t mind paying a bit extra, you can purchase a RAM with a 3,600 MHz CL 14 or CL 15 latency, allowing you to subsequently overclock the memory to 3,800 or 4,000 MHz, when boosting FCLK to 1,900 or 2,000 MHz respectively. Also, the amount of storage should be purchased solely according to your needs. Whether or not you purchase RAM in single, or multiple ranks will make little difference, so you can always buy the amount of memory you currently need, and then upgrade as your storage needs increase.

Finally, let’s see what RAM models you can but that include all the aforementioned specifications.

If you want some RGB flare for your build, you can always go for the G.Skill Trident Z 3,600 MHz CL 16 kit. For those that prefer performance over looks, T-Force’s Dark Pro 3,600 MHz CL 16 RAM is an excellent choice, as it has an excellent five-layer heatsink to keep thermals in check, and a JEDEC RC 2.0 custom circuit for better signal transmission.