What is Intel Optane Memory and How Does it Work? 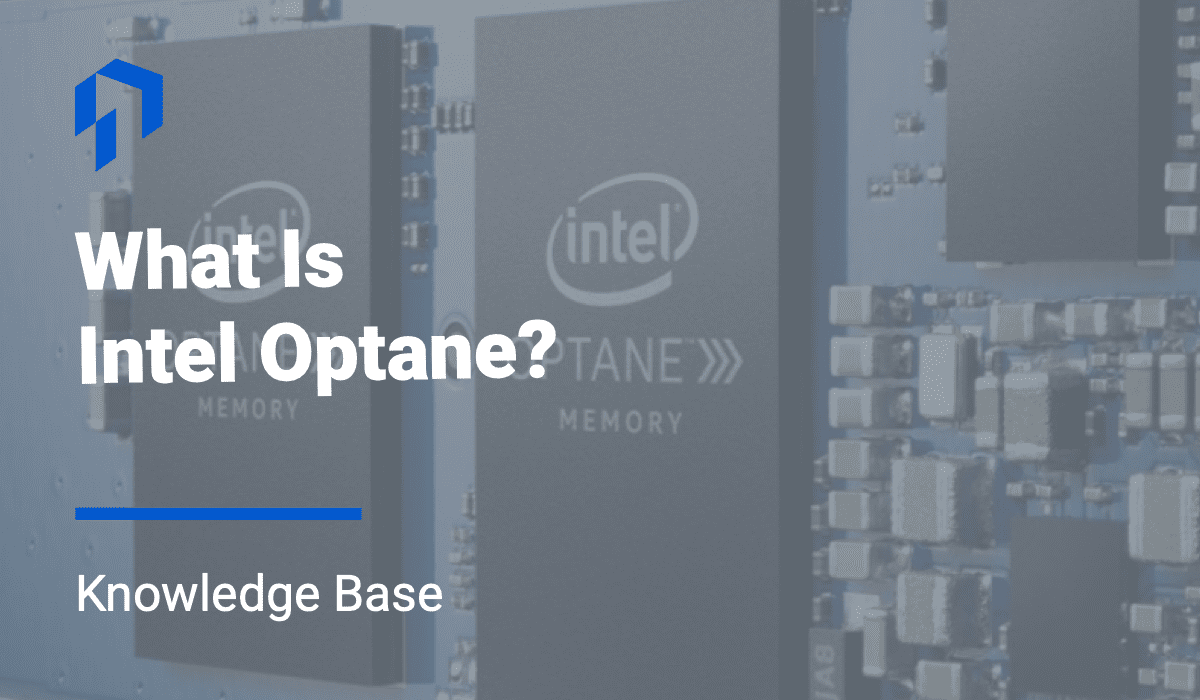 There are quite a few forms of memory and storage that you need to consider when buying a new system or building a new rig. There are SDDs, HDDs, M.2, NVMe SSDs, and RAM. While most of these forms and their requisite roles in a system are straightforward, Intel Optane technology falls in a bit of a middle ground. The role of Intel Optane memory may not be as easy to discern for the average users as more traditional forms of storage and memory.

You will often see the “Intel Optane equipped” tagline tacked next to motherboards with no real indication of what it means or does. This guide will break down what devices work with Intel Optane as well as detail exactly what it does to improve your overall system experience.

The best way to understand where Intel Optane falls into the order of operations within your system is to take a look at how the CPU and GPU interact with RAM and storage solutions.

Generally, long-term system information and data are stored on hard drives (HDDs) or solid-state drives (SSDs). When you open files (such as games), your CPU retrieves that from said drive. Different forms of storage can be accessed more quickly than others, with SSDs being quite a bit faster than HDDs.

But that interaction’s speed isn’t solely limited by the power of your CPU or the quickness of your storage drive. RAM plays a role in how quickly data is accessed. Think of RAM as a pool of data where you can quickly access frequently-used system files and data. It has a greater role than that in a system, but this role is important to how Intel Optane functions.

The Role of Intel Optane

Intel Optane shares similarities with RAM and traditional storage. It forms a smart cache that is much larger than what a traditional RAM stick would have but it is often far smaller in capacity compared to HDDs or SSDS. Intel Optane is a small smart cache of storage. It uses an algorithm and analyzes your most frequently performed tasks.

Instead of your CPU having to work with your slower form of media storage to dig out those files, it instead can pull them from the much faster Intel Optane Cache. These tasks can include things such as:

Intel Optane can be especially useful for users with high-capacity HDDs who access the same folders or applications frequently. It acts as a shortcut that allows users to speed up the tasks and applications that they use most.

How Does Intel Optane Work?

So far, I’ve gone over what Intel Optane does. But how exactly does it work its magic? It’s an adaptive tool that learns to perform certain tasks faster. There’s a proprietary algorithm that analyzes your system data and usage to find out which tasks those are. And it makes this process faster by using what is called nonvolatile memory. Don’t worry, your regular SSD isn’t the sort of volatile that means it could explode at any moment.

In this instance, nonvolatile refers to how and when the data is stored. Nonvolatile data can be retrieved more quickly since it is still actively stored when your system is off or in a sleep state. Traditional data, generally, has to be retrieved during each startup. Intel Optane can store certain bits of data in a nonvolatile form at a greater capacity than other options. This means that your system doesn’t have to go and search for those files, such as startup information, every time you press the power button.

Through all of this learning and storing, Intel Optane can greatly reduce start times and file load times throughout your system. This is all done without needing to purchase additional storage, RAM, or other components.

What is Intel Optane Compatible With?

You’ll need a seventh-generation or newer Intel Core CPU. It could be an i3, i5, i7, or even an i9 in that family of processors. And you’ll need a compatible motherboard. It will say in the marketing material if it supports Intel Optane. You also want to make sure that it has at least one M.2 slot, but you should get one with two slots if you plan to use an M.2 drive as your main system storage. Finally, make sure that you’re running Windows 10, as that is the only OS that the technology is currently compatible with.

From there, you can pick up a 16GB or 32GB model and plug it into your board. You won’t have to worry about partitioning it or formatting it since it isn’t a traditional form of system storage. It’s a plug-and-play component that will accelerate your system’s overall performance. With most modules costing anywhere from $50-$100, this is an incredibly cost-effective way to eke out additional performance.

Can I get a system with Intel Optane preinstalled?

What capacities does Intel Optane support?

It is possible to purchase modules in 16GB and 32GB sizes.

Is Intel Optane with it?

Yes, it will significantly improve speeds and performance in compatible systems.

Do I need Intel Optane if I have an SSD?

Intel Optane will improve performance and speeds regardless of drive type. However, users with HDDs will likely see the greatest leap in performance.

Intel Optane is an affordable module that can significantly improve system performance. If you have a compatible system and want to get the most performance possible, it is worth the additional cost. It isn’t a substitute for traditional storage or RAM, but it will make a fine addition to any system or build. If you’re looking for more components or need assistance with an entire build, take a look at our full list of build guides right here.