What Is HDR (High Dynamic Range)? Is It Worth It? 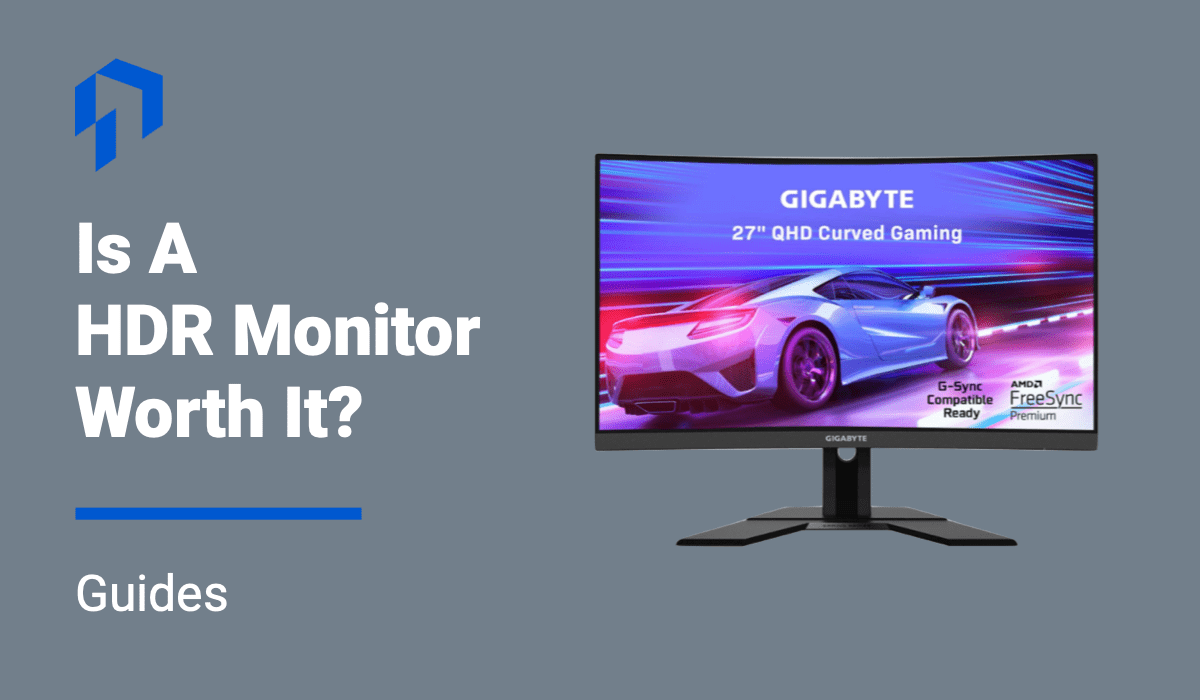 To get the highest visual fidelity possible out of your gaming rig, you need to make sure that the monitor is just as feature-rich as the hardware in the PC itself. With monitors having so many features to look out for, knowing which ones are actually worth the trouble of getting can be difficult. The terms stack up fast. You’ve got to try and find a monitor with quick response times, low latency, color accuracy, and high peak brightness

But where does high-dynamic-range or “HDR” come in? This guide goes over what HDR does and covers if it is worth the additional cost.

Contents hide
1 What is HDR?
2 How to Enable HDR
3 Can HDR Substitute a Higher-Resolution Display?
4 Is HDR Worth it?
4.1 Related

Essentially, HDR improves the lighting in games. This process results in deeper blacks, more vibrant colors, and more realistic lighting. It improves contrast and causes what may look washed out without HDR to appear deeper and more immersive with HDR.

This technology isn’t brand-new, but it is much more accessible than it used to be. And more games support HDR now, so getting a monitor that supports HDR is easier and more affordable. It’s no longer a feature that can only be found on the most expensive monitors on the market. Most mid-tier displays come packaged with desirable features such as HDR, low latency, and much more.

How to Enable HDR

Enabling HDR is as simple as going to display settings and clicking “enable.” And HDR isn’t nearly as resource intensive as other premium features like ray tracing. In fact, most modern GPUs from the past few generations support it. You don’t have to worry about hardware as much as you have to worry about connectivity.

You’ll need either HDMI 2.0 or DisplayPort 1.4 connections for HDR to work with your system, even if both your monitor and PC support it. It’s also worth noting that TN panels won’t do the trick. HDR requires either an IPS or VA panel to function. But you likely won’t run into any issues there, as you won’t find TN panel displays that claim to work with HDR anyway.

Most modern consoles support HDR, with the main exception being the Nintendo Switch. The PS4/5 and Xbox One/Series X both support HDR displays. For consoles, it’s just as easy to enable it. Just go to display settings and see if the option is available. If it’s greyed out then the title you’re playing does not support it. But the list of supported titles is growing each year, which makes HDR-supported displays more attractive than ever.

Can HDR Substitute a Higher-Resolution Display?

The short answer is no. The long answer is that HDR does improve the quality of the rendered image, but it does not work to better the resolution of the original output. The two aren’t a substitute for each other since both perform completely different roles when it comes to bettering the visual fidelity of a game.

A higher-resolution display will affect a great number of features like anti-aliasing, detail sharpness, and the sense of depth/immersion. And such features will impact system performance, depending on the components in your system. In comparison, HDR is a passive feature run by your display that will not interfere with frame rates or system performance.

Thankfully, you likely won’t have to decide between the two. Most high-end and even mid-tier displays come packaged with HDR and a decent resolution. Gamers looking for a sweet spot for budget and features should consider a 1440p HDR monitor, as such displays have become incredibly affordable.

Is HDR Worth it?

Generally, yes HDR is worth the investment. However, the real answer will depend on your current setup. If you already have a high-resolution display, you might not get as much benefit out of a new HDR display compared to someone going from a 1080p display to a 1440p HDR monitor. While the selection of titles that support HDR is growing fast, the current offerings are far from comprehensive.

If you are already in the market for a new display and have a system that supports HDR then grabbing a monitor with HDR support is a good idea. HDR isn’t going anywhere anytime soon, and modern titles are very likely to have support for it going forward.