What is Binning & The Silicon Lottery? Explained 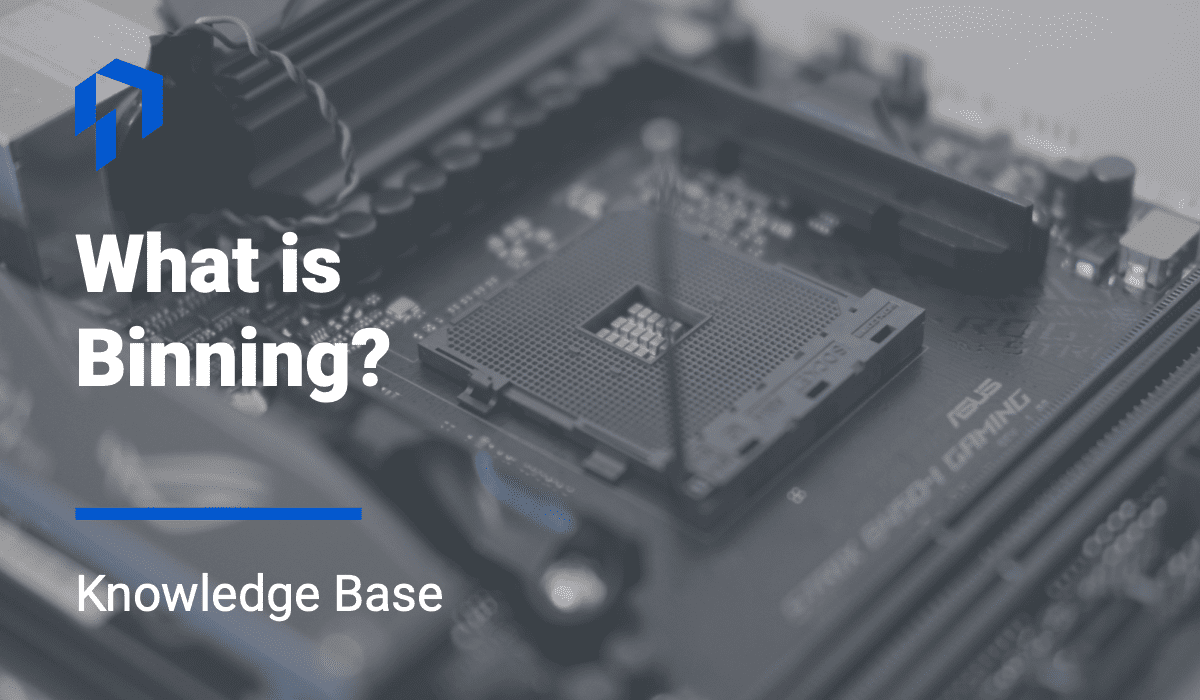 Both “Binning” and “The Silicon Lottery” are terms that you might see thrown around on message boards, forums, and even reviews. While both terms talk about the quality of a given component, each one highlights a different process during manufacturing. And, most commonly, these terms are used when talking about high-end GPUs and CPUs. There is some variance in other components like RAM and even, to a certain extent, power supplies. However, this guide will go over how these two terms relate to the manufacturing and marketing process of CPUs and GPUs.

Contents hide
1 What is Binning?
2 What is the Silicon Lottery?
3 Summary
3.1 Related

Binning is a sorting process that vendors use to sort out top-performing components from lower-performing ones. This is most commonly done with CPUs, RAM, and GPUs. Every component that is being made is meant to meet certain performance and quality metrics. Every Ryzen 9 5950X CPU should be as identical to each other in performance as possible. The end-user should have a CPU that performs just as well as another user with an identical CPU.

But sometimes a given component doesn’t meet standards. This could be because of a faulty core or an error during the manufacturing process. Such an error will become apparent when that company goes to test the component. These models with errors aren’t always tossed out or discarded. After all, making a high-end component is a lengthy and expensive process.

If it’s just a couple of cores that are faulty then that CPU could be binned. No, not tossed into a trash bin. In this case, binning means turning that high-end CPU into a lower-end model. The vendor may disable a couple of the faulty cores and restamp that model as one that matches the new core count. For example, a Ryzen 9 5950X that didn’t meet standards could become a Ryzen 9 5900 instead.

A component doesn’t even need to be faulty for binning to happen. Sometimes mid-range components are in higher demand than high-end ones. The high-end models might be binned down to mid-range models to meet the new demand.

Binning can also go the other way, though to a lesser degree. An especially high-performing CPU in a certain category might be moved over and given overclocking capabilities. Intel is known for doing this with its “K” variety of processors, which are unlocked and capable of overclocking.

What is the Silicon Lottery?

To understand what people mean when talking about getting lucky with the silicon lottery, it’s best to take a look at how high-end processors are made. As noted with the example of the “K” series of CPUs, some models perform better than their counterparts despite being made from the same materials.

Most of the components in your PC rely upon silicone. This material is used in many different aspects of hardware production, but it is an imperfect material. When using silicone, it has to be treated with high temperatures that melt it and help to remove impurities. It’s then used in a variety of different molds depending on the component being made. It goes through multiple processes like cutting and polishing to further refine it.

Simply put, the resulting cleanliness of the silicone can vary from component to component. The cleaner, more refined silicon can result in noteworthy improvements in performance compared to ‘standard’ components. The cleaner the silicon the better the performance of the component. This is true because a cleaner connection results in more efficient power usage, which generates less heat.

The silicon lottery refers to a component, usually a CPU, that performs better than average. Binning refers to a manufacturer changing a component to meet quality and performance standards. Both are fairly common terms that may pop up when researching a given component, so keep those details in mind when buying. You may just get lucky and land a high-performing processor that is a cut above the rest.