What is AMD FidelityFX Super Resolution (FSR)? How Does It Work? 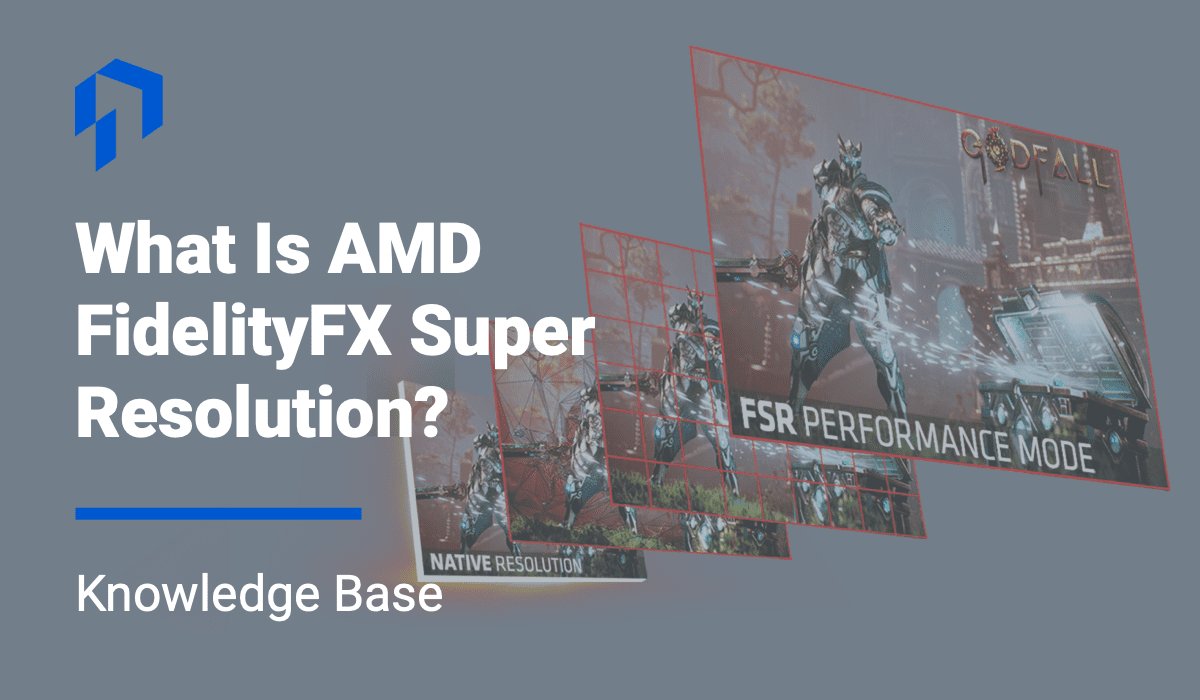 AMD is not a company to sit idle while its competitors develop new technology. The computing giant recently unveiled an upscaling feature for its new line of RX 6000 series graphics cards called FidelityFX Super Resolution or “FSR” for short. AMD seeks to compete directly with Nividia’s Deep Learning Supersampling (DLSS) which is present on the new RTX 3000 series GPUs.

But FSR isn’t just a rebranded version of DLSS. It’s a different method of achieving the same goals as DLSS and anti-aliasing as a whole. FSR was built to glean faster frame rates and greater visual fidelity without the same hardware impact as previous versions of upscaling. This guide will go over how this new feature works, how it compares to DLSS, and what the future looks like for FSR.

What is FidelityFX Super Resolution?

Much like DLSS, FSR produces higher visual fidelity in games through a process called downsampling. Instead of simply outputting the game in the native 1080p format of a standard monitor, the GPU will first upscale the game to 1440p or 4k UHD. After upscaling, FSR or DLSS will then output or downsample the higher-resolution gameplay back to your 1080p monitor. This process produces better visuals than simply outputting at 1080p while also using fewer system resources than natively outputting at one of those higher resolutions.

It’s a great way to get results comparable to high-end displays without greatly impacting performance. For a clearer picture of how the whole process works, think of a rendered frame as a puzzle. The 1080p puzzle is much smaller than the 1440p one. FSR and DLSS take that 1080p puzzle and fill in all of the gaps to turn it into an even clearer 1440p image.

DLSS uses deep machine learning to build the puzzle. It analyzes images and fills in the gaps more efficiently over time as the AI learns how to best build the image. FSR does away with the learning and machine learning aspect entirely. Due to the complexity of DLSS, it requires specialized drivers and tools to implement it in games and hardware. This is why the supported games list for DLSS is still so sparse.

FSR is more accessible to developers and users. AMD isn’t locking this technology to just its GPUs. With the technology’s launch in early 2021, AMD revealed a wide breadth of support across both Nvidia and AMD GPUs. Additionally, FSR works with previous series of GPUs like the RX 400s, GTX 10s, RTX 2000s, and RX 5000s. We’re likely to see this trend of support continue with FSR as the technology becomes more widely-used by both users and developers.

How Does FidelityFX Super Resolution Work?

FSR works its magic after the standard anti-aliased frame is rendered. As noted above, it can then upscale the image and then downsample it back to a chosen resolution. There is also an added sharpening step that helps to reduce artifacting at higher resolutions. However, some testers have reported that it can make artifacts more present at lower resolutions. This is all done through an algorithm that works with multiple presets:

The scaling process varies between each toggled resolution as well as the native output resolution of your monitor. Generally, the lower selections are built for users with older hardware that may want to experience newer games despite component limitations. The sharpening pass will often be a bit more apparent at lower resolutions. Still, FSR’s wide range of compatibility makes it a worthwhile tool for enhancing gaming experiences at all resolutions.

What Platforms is FSR Available on Right Now?

Currently, FSR is only available to PC users. Getting access to the feature is simple. Just find and install the latest Radeon driver if you have a GPU that supports it. It’s that simple! You will also have to be playing a game that has an FSR setting to toggle in the first place.

Given the open nature of the feature, there are rumors of it coming to consoles in some form. Though, right now, it is impossible to say when that may happen, especially given the scarcity of new generation consoles in 2021. FSR is only available on around half a dozen titles at the time of writing this overview, but many soon-to-be-released games are touting support for the feature. Eager users can expect games like FarCry 6 and Baldur’s Gate II to support FSR.

How Does FSR Stack Up Against DLSS?

It is going to take some hard work to beat DLSS. The technology is incredibly impressive and does manage to beat out FSR in terms of less artifacting and greater visual fidelity. But keep in mind that DLSS has been on the block for a good deal longer. FSR is just getting situated in the gaming space, and developers have only recently gotten their hands on the tool. If FSR can continue to improve, it has a decent shot at outpacing or matching the performance of DLSS.

One big thing that FSR has going for it is that it’s much more accessible. DLSS is locked to Nvidia GPUs while FSR can be used across brands. Even if DLSS continues to reign supreme in terms of raw performance, the open nature of FSR will make it a very strong competitor.

FSR may not be as widespread or effective as DLSS yet, but it has a promising future. It’s not always the most top-of-the-line feature that makes it big with general users. This tool is still incredibly effective at upscaling even if it doesn’t quite reach DLSS standards. Plus, the wider support for older hardware and potential implementation in consoles gives FSR just enough edge to rival DLSS. Keep an eye on its development. You can expect that list of supported titles to continue growing over the next year, but time will tell just how expansive FSR becomes.