SSD Caching: What Is It & How Does it Work? 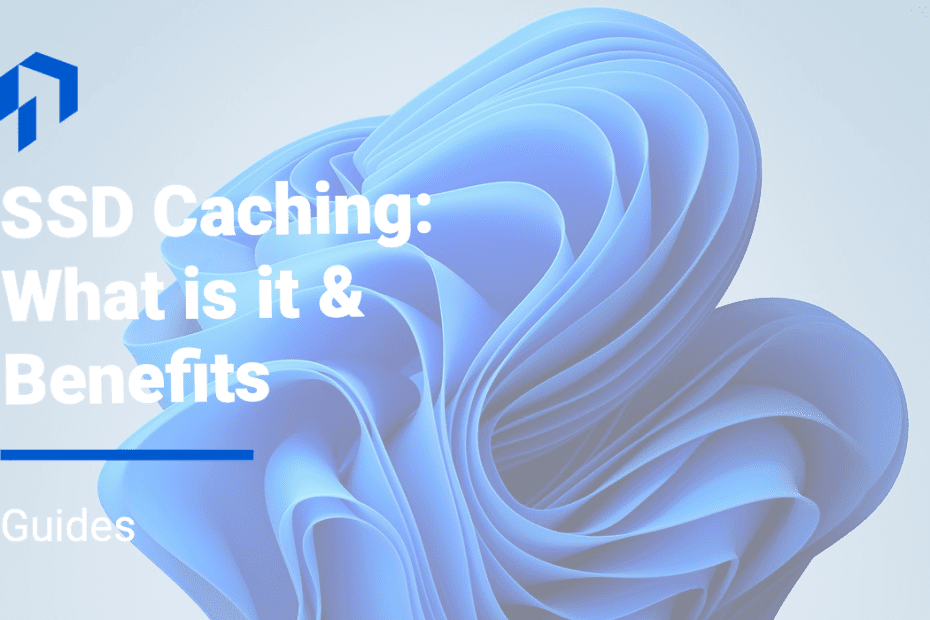 SSD (Solid State Drive) caching is a term that has been popping up everywhere in recent months, but what exactly is it? It’s a method of using a partition from your lightning-fast SSD to act as a short-term memory module, or cache, for a slower storage solution like an HDD (Hard Disc Drive). This guide will go into detail and break down what a cache is, how SSD caching works, and take a look at if it will improve your gaming performance.

To make sure you understand SSD caching, it’s best to start with the basic building blocks of how a cache works in your system. Usually, you’ll see small caches on CPUs. These caches are used to store frequently-used data that your CPU needs to be able to retrieve in an instant. It doesn’t get much faster or more efficient than having data stored with the CPU, but other forms of cached data are still very useful in eking out more performance.

What this short-form data storage does is cut down on the amount of time needed to access that data. This can result in decreased loading times, faster boot times, and better performance across all of your frequently-used programs. If you’ve ever accidentally closed out a browser full of tabs and re-launched them all with a single click then you’ve experienced the benefits of a cache. That data was stored in a cache for quick retrieval.

Now, SSDs aren’t usually used as caches. An SS is a storage solution that is fast, but these drives aren’t nearly as fast as direct CPU caches. So, what is an SSD cache and why would anyone go about using one?

This method is often called “Flash Caching” since SSDs make use of a form of memory storage called NAND flash memory. You can configure an entire SSD or a small partition of one to function as a cache for storing temporary data. Using SSDs to speed things up is no novel idea. Low-capacity SSDs have been popular as stand-alone boot drives to accompany HDDs in recent years.

Now, this solution is best for those that currently have an HDD as their main storage solution. If you’re running a system entirely on SSDs already then you won’t gain much from flash caching. But getting a low-capacity SSD to act as a cache while using an HDD as your main storage can result in significant performance and load times across the board.

How Does SSD Caching Work?

The way that your PC accesses data goes from fastest to slowest. Your RAM and CPU cache are going to be the fastest modules in your system. From there, your computer works down the list, essentially, and arrives at the HDD last. When you use SSD caching, your SSD jumps between the RAM and the HDD. So, data will get pulled from the SSD cache before reaching your slower HDD storage. This results in quicker speeds as that slower physical storage doesn’t have to be pulled from as frequently.

If you’re using HDDs as your main storage, you likely want to keep budget in mind when configuring your system. Thankfully, lower-capacity SSDs have gotten incredibly affordable. You don’t need to pay for a multi-terabyte SSD just to reap the benefits of SSD caching. In fact, you can get one as low as 250GB since this drive won’t be used as your primary file storage.

How to Configure SSD Caching

To start with, you’re going to need to go into your system’s BIOS and configure the SATA mode to RAID. This will enable you to configure part of or your whole SSD for caching in a later step. Keep in mind that you must have a separate HDD for this as well. You won’t be able to enable RAID and benefit from caching with just an HDD or an SSD.

Once you’ve completed the above steps, you’ll need to go into what’s called Intel SRT and configure the SSD. You can find all of the drivers and the SRT software on Intel’s website. Ensure that all up-to-date drivers are installed prior to doing this.

*Note regarding modes: For ease of understanding, “Enhanced Mode’ optimizes for data protection while “Maximized Mode” is optimized for speed. If you’re worried about data loss or just want to be extra cautious, I recommend using the former.

First off, you’ll need to go into your BIOS and configure it just as you would for an Intel system. The only difference is that you’ll want to set your SATA Chipset to “AHCI” instead of RAID. The next thing you’ll need to do is ensure your drivers are up to date and install AMD StoreMI directly from AMD’s site. Then follow these steps:

SSD caching can seem daunting, but the results will be well worth the time spent configuring a cache in your system. Following the steps above should make things a bit less intimidating. Once you have a cache configured, you can reap the benefits of fast load times, quicker boots, and faster performance all around.