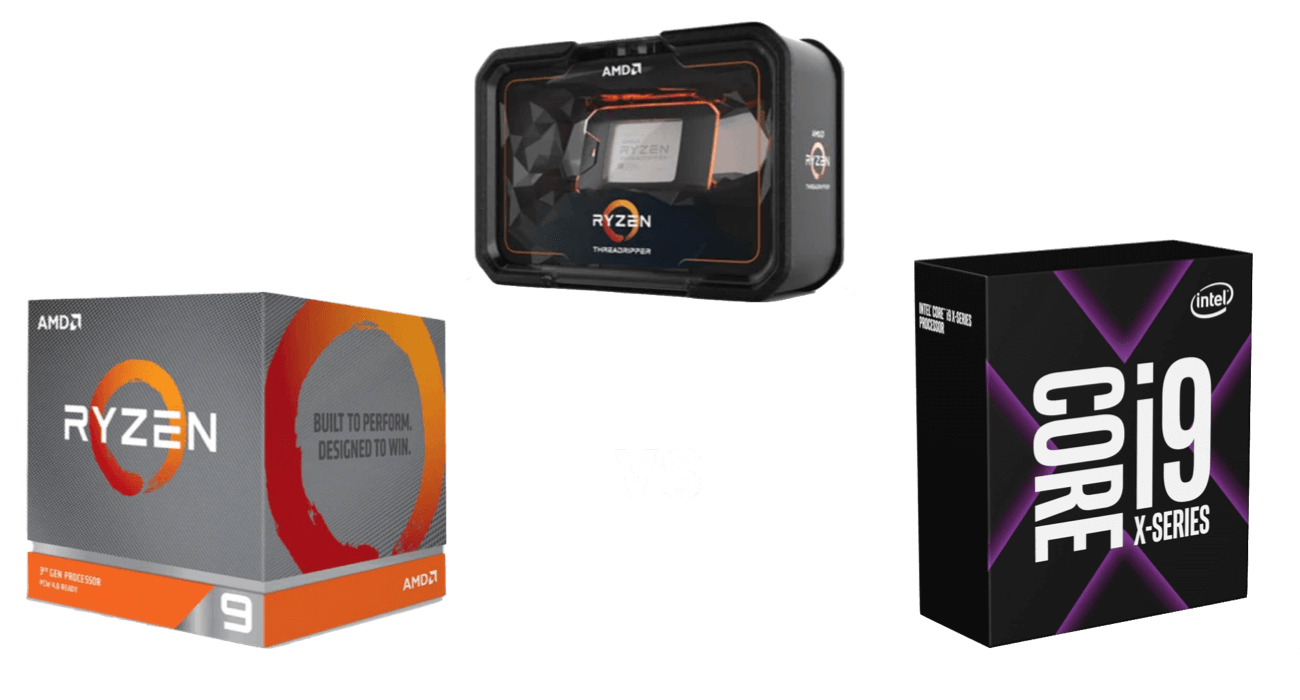 As the release of the promised Ryzen 9 3950X approaches, benchmarks are starting to appear against some of the possible competitors. The 3950X is an interesting processor that falls into a prosumer area that has been previously occupied by either HEDT processors or even some more exotic server/dual-CPU configs. This is mainly because of the massive core count of the 3950X, with 16 physical cores and 32 threads, numbers which have traditionally been reserved for HEDT CPUs. But as Ryzen continues to innovate and push higher core/thread counts into the consumer realm, the line between HEDT and ‘mainstream’ processor continues to blur.

The 3950X is scheduled to hit shelves sometime in November, along with the TR3000 HEDT CPUs according to recent rumors, and we are starting to see the first benchmarks leaked for performance levels. As we explained above, whether we compare the 3950X to the HEDT market, which will be closer in terms of core/thread count, or the mainstream market, which will be closer in terms of PCIe lanes, is up for debate. But, in some of the first benchmarks we are seeing, the 3950X is comparing favorably in many ways to both.

In terms of pure performance, the Ryzen 9 3950X is really going to show its worth when it comes to productivity workloads that can take advantage of the parallel computing power of the 16c/32t CPU. For gaming, the 3950x will not really have a major advantage over existing CPUs like the Ryzen 9 3900x, Core i9 9900K, or even one-step lower CPUs like the Ryzen 7 3700x or Core i7 9700K. This is because gaming still relies heavily on single-core speed and does not scale beyond 4/6 core processors well to take advantage of the extra processing units.

But for things like encoding tasks or video editing, the increased core count can begin to show its advantage, along with the clock speed, IPC, and architecture improvements for Zen2. And in benchmarks leaked by APISAK, the 3950X is holding its own and then some, even against HEDT users. The first set of benchmarks using FireStrike showed a 24% advantage for the 3950X over the Intel Core i9-10980XE, an HEDT CPU! This is an extremely impressive result, especially given the 18-core count of the Intel 10980XE, but should be taken with a grain of salt as the two set-ups were not otherwise identical (the 3950X had a much better GPU and RAM to work with, even if the FireStrike benchmark was CPU based). This is only one benchmark, but if the 3950X shows itself to be even close to this result, it would cause many prosumers to consider switching due to the nearly 25% lower expected pricing, not to mention savings on motherboards as well.

And to show that it’s not only an Intel vs AMD performance boost, another leak compares the upcoming 3950X to the last generation TR2950X. The two share the same 16c/32t, but the Zen2 architecture allows the 3950X to post a 300MHz higher boost clock, twice the L3 cache, and some serious under-the-hood improvements. In a benchmark found online by the same APISAK, the 3950X beat the TR4-socket compatible 2950x with nearly identical set-ups by around 5% in multi-core loads and 15% on single-core loads, all while using far less power and generating far less heat. Once the 3950X is released, it seems that the 2950X will be obsolete in terms of clock performance and would only benefit users looking for the extra PCIe lanes.

With Threadripper 3000 looking to hit shelves around the same time as the 3950X, we will expect benchmarks to start leaking soon to show off the newest HEDT line from AMD. But for now, the 3950X is an impressive prosumer CPU that stacks up well against recent HEDT releases. The only place where the HEDT still offers a far superior advantage is in the PCIe lanes available. With most HEDT providing at least double the number of PCIe lanes as the 3950X would have access to, there is still a strong reason for users that will need multiple GPUs, lots of NVMe drives, or other PCIe devices to opt for a HEDT.

Having said that, those are specialized users. The HEDT market is becoming more and more niche as AMD and perhaps soon Intel start offering high core/thread count CPUs to the market with the mainstream sockets/motherboards. Users that dabble in productivity loads but are on a budget, or users that do a mixture of gaming/productivity work will likely find the 3950X a perfect compromise for both, allowing them to access to huge processing power at a reasonable price, while still staying with the mainstream socket.

All of this is early days, and more benchmarks will need to be released to have a true understanding of the 3950X or the TR3000 platform. But as far as initial benchmarks go, it’s hard to imagine a more exciting first look at the Ryzen 9 3950X.