Power Supply Ratings Explained: What Do They Mean? 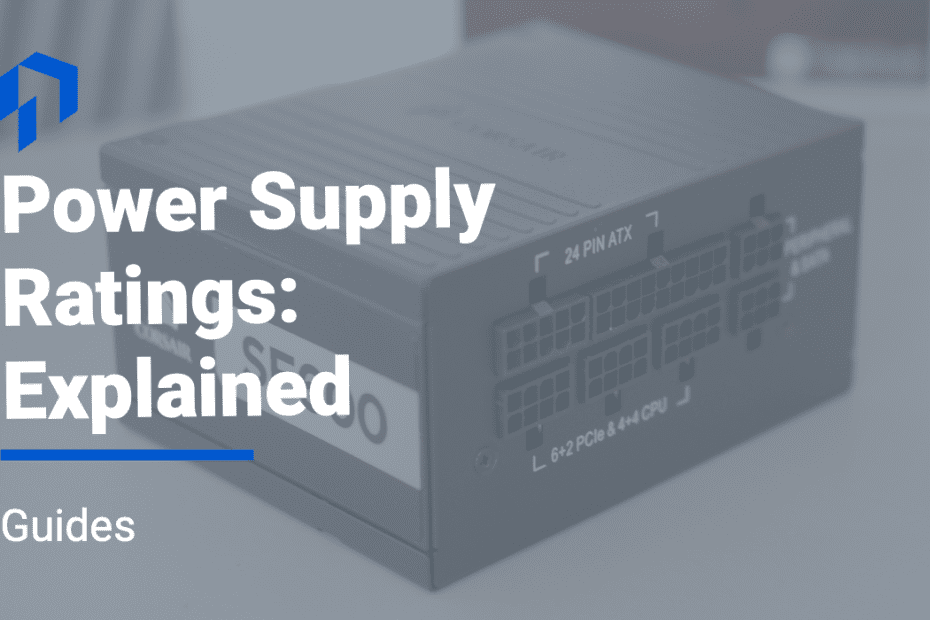 As with learning about any new PC component, you’ll have to pick apart what all of the technobabble means. There are prefixes, suffixes, numbers, and strange terms that don’t make any sense to the uninitiated. Power supplies (PSUs) are no exception. In the early 2000s, PSU manufacturers started using an “80 Plus” rating system that breaks the efficiency of PSUs into different tiers. This system is great for those who know how it works, but it can be confusing for those who are new to PC building or hardware in general.

The PSU rating system is a bit different from how GPUs and CPUs are rated based on performance power. PSUs are rated by reliability and how efficient they are at the task of delivering power to your system. This guide will go over the basic ratings and tell you how to interpret them.

Contents hide
1 Power Supply Ratings
2 Rated Efficiency and Why it Matters
3 How to Determine Which PSU You Need
4 Summary
4.1 Related

To start us off, let’s take at what ratings exist. The following list goes from least efficient to most efficient.

The latter half of the ratings are pretty intuitive. The grander the metal the better and more efficient the power supply is going to be with “Titanium” being the current best and most expensive option. But the 80 PLUS bit is a tad unclear. Essentially, the PSU is rated to deliver 80 percent of its rated power during 20, 50, and 100 percent power loads.

After all, you lose a bit of power in the transfer process from your wall socket to your system. If you have a 1,000W 80 PLUS rated PSU then you can expect to deliver 750W consistently to your system.

Rated Efficiency and Why it Matters

As the list above suggests, there is going to be some variance in the efficiency of each PSU. An 80 PLUS Bronze PSU is going to stick right around that 80 percent mark during operation while an 80 PLUS Titanium PSU will be in the 90% efficiency range.

The higher the efficiency rating of a PSU the less heat it will produce, which will better the thermals in your case as well as make it run quieter. The lower-rated units will also draw more power since they aren’t processing it as efficiently as a higher-rated PSU. If you can afford a higher-rated PSU then you may actually save money over the long-term as opposed to spending less on a lower-rated unit that draws more power.

How to Determine Which PSU You Need

First, decide on a rating for your build. Generally, an 80 PLUS Gold PSU will be plenty efficient for the vast majority of builds with a bit of diminishing returns the higher you go. An 80 PLUS Bronze PSU will be fine if you are on a budget, but do not go lower than Bronze. 80 PLUS standard/white models are rarely sold anymore since they simply are not efficient enough to keep up with modern systems.

As for wattage, you will need to calculate the total power draw from the components in your system. Each component you purchase will have a number listing in its specifications for how much power it draws. You don’t want to cut it too close either, as many systems can experience spikes that take it over the rated total power draw. For example, you shouldn’t get a 750W PSU if it looks like you are going to be using 740W of power.

A general rule of thumb is to have half of your PSUs rating as headroom. If your system draws 500W then you should aim for a 750W PSU.

Picking out the right PSU may seem daunting at first, but I hope this guide gave you the tools you needed to narrow your selection down. Just remember that rating determines how efficient your PSU is and that you should have a little bit of headroom when it comes to the wattage of your PSU and the total power draw of your system.