Is Windows 11 Worth The Upgrade for Gaming? 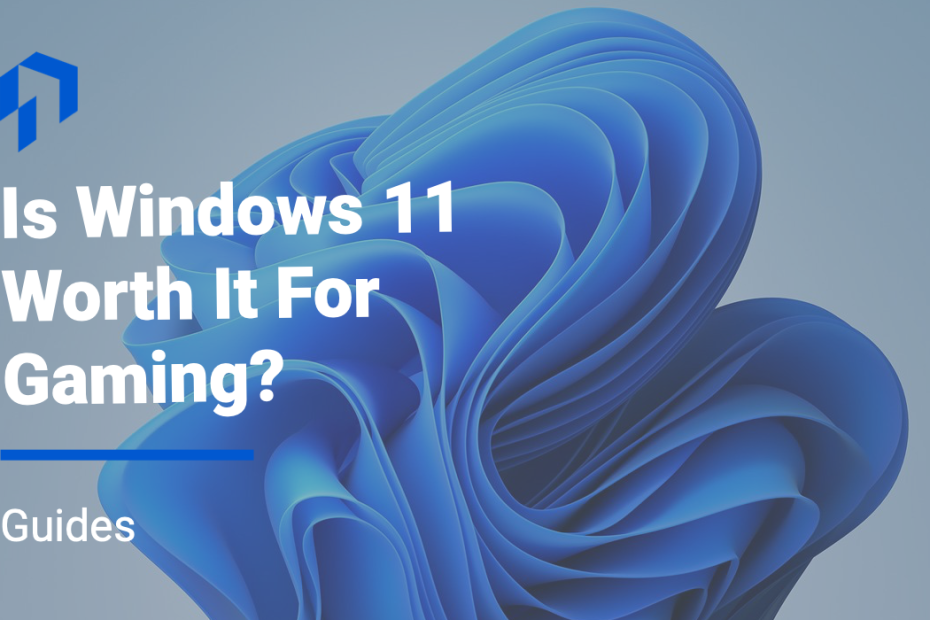 Microsoft’s announcements around Windows 11 have focused heavily on gaming. The quote “if you’re a gamer, Windows 11 was made for you” has been making rounds since the operating system was released on October 5th. While Windows has always been the platform of choice for computer-based gaming, any major upgrades to a system can have adverse effects. And while Microsoft wants to appeal to gamers with their new generation, there are some early worrying signs.

Let’s check out some of the new features introduced in Windows 11, as well as some early benchmarks and comparisons, to see if it’s worth switching yet.

Contents hide
1 The Pitfalls of New Technology
2 Security Measures Could Prove Harmful For Gaming
3 The Promised Benefits of Windows 11 for Gaming
4 Waiting It Out
5 Relevant Guides
5.1 Related

The Pitfalls of New Technology

Any new release comes with hiccups. These hiccups are often exclusive to early adopters and quickly get patched away. Windows 11 is still only about one month old, and some growing pains have yet to be solved. Some of the controversies from pre-launch – such as the Trusted Platform Module (TPM) version 2.0 requirement – seem to be sticking around, while other bugs and features get squashed and refined.

All this is to say that Windows 11 is sure to see more problems moving forward. While the software will inevitably improve, Windows 10 is stronger for now. Some of these bugs and performance issues are sure to affect games in unforeseen ways. While this isn’t necessarily a bad thing – somebody must be the first to test their system with new software – it is important to consider. You’re likely looking at a less stable version of Windows for now.

Luckily, those of you interested in upgrading will face little risk. Windows 11 is a free upgrade for anybody currently on a genuine Windows 10 device. Notably, this doesn’t seem to be a limited-time offer. Unlike the upgrade from Windows 7 to Windows 10, Microsoft has not announced an end date on the offer. We recommend holding off until more patches for the operating system have released.

Windows 11 has faced some controversy for its security-based system requirements. Luckily, most gaming rigs will be new enough that the before-mentioned TPM 2.0 requirement is negligible. That’s not the true concern for some gamers; instead, it’s the inclusion of VBS.

VBS stands for Virtualization-Based Security. This is a setting that was only available on Windows 10 that helps with security. By creating an isolated, virtual subsystem in your machine, VBS limits the spread of malware and secures your files. Microsoft’s exact wording is as follows: “Virtualization-based security, or VBS, uses hardware virtualization features to create and isolate a secure region of memory from the normal operating system. Windows can use this “virtual secure mode” to host a number of security solutions, providing them with greatly increased protection from vulnerabilities in the operating system, and preventing the use of malicious exploits which attempt to defeat protections.”

Microsoft plans to enable VBS on all newly sold Windows 11 devices automatically. However, those of you upgrading from Windows 10 to 11 likely don’t have to worry. Your computer will not automatically apply VBS unless you’re running a Windows 10 Enterprise key. This is an issue for the future – if you buy a pre-built device or laptop running Windows 11, VBS will be on by default.

This is a fantastic feature for improving system security. Yet, its results on gaming performance are debatable. Some reports show that enabling this feature can impact frame rates by as much as 28%, while others have found only negligible changes. Like most things, results seem to rely on the specific game and computer.

The Promised Benefits of Windows 11 for Gaming

Now let’s move on to the upgrades that Windows 11 brings to gaming. Windows 11 touts a host of features for gaming. Faster load times, automatic HDR, and Xbox integration are the key features. Combined with Microsoft’s apparent focus on gaming, Windows 11 will likely be the best Windows for gaming yet. Just, not yet.

The two biggest features that will impact gaming are DirectStorage and Auto HDR. DirectStorage is the most important and comes from the newest line of Xbox’s. It improves load times for textures and games in general. The tech behind it is complicated, but it’s basically a new interface for games to fetch data as they need it. This is most applicable for loading screens and textures on large, detailed games.

Before, most games would need to search the hard drive for a texture, send it to the GPU, and then render. DirectStorage allows the game to fetch the textures and store them temporarily on the system’s RAM. From here, the texture moves to the GPU as necessary. This introduces an extra step but is much faster in the long run. Your computer needs to search through dramatically fewer files in the loading moment.

One important note about DirectStorage; the game must support the API. Older games won’t see any benefits from this, but newer ones optimized for the Xbox Series X should perform better than ever.

While DirectStorage is exciting, it’s not a feature exclusive to Windows 11. Microsoft has also enabled it on Windows 10, meaning that the biggest benefit is one that you don’t even have to upgrade for.

Auto HDR is a Windows 11 exclusive feature. As the name suggests, it automatically detects and applies HDR settings to games. This happens whether the game supports it or not. This is a cool feature for users with HDR-compatible monitors.

Finally, Windows 11 is deeply integrated with the Xbox app. Gamers still used to Xbox Live for Windows may groan at the prospect, but the modern Xbox app is actually pretty good. This should be a welcome integration for gamers who use both an Xbox and PC, or who use Game Pass.

There’s plenty of excitement around the future of gaming on Windows 11. A clear focus from Microsoft on gaming is a great sign. They’re also backing up their talk with the new features: reduced load times and auto-HDR are welcome changes. It seems like Windows 11 will be the best for gaming yet. The operating system just needs some time to come into its own.

Those of you willing to test the software yourself may find great results. At the least, most people making the switch aren’t noticing worse performance. For your system’s safety, however, we recommend waiting until Windows 11 is more stable.

Want to read more about how Windows 11 might impact your system? Or get the scoop on upgrading from Windows 10? We’ve got you covered: