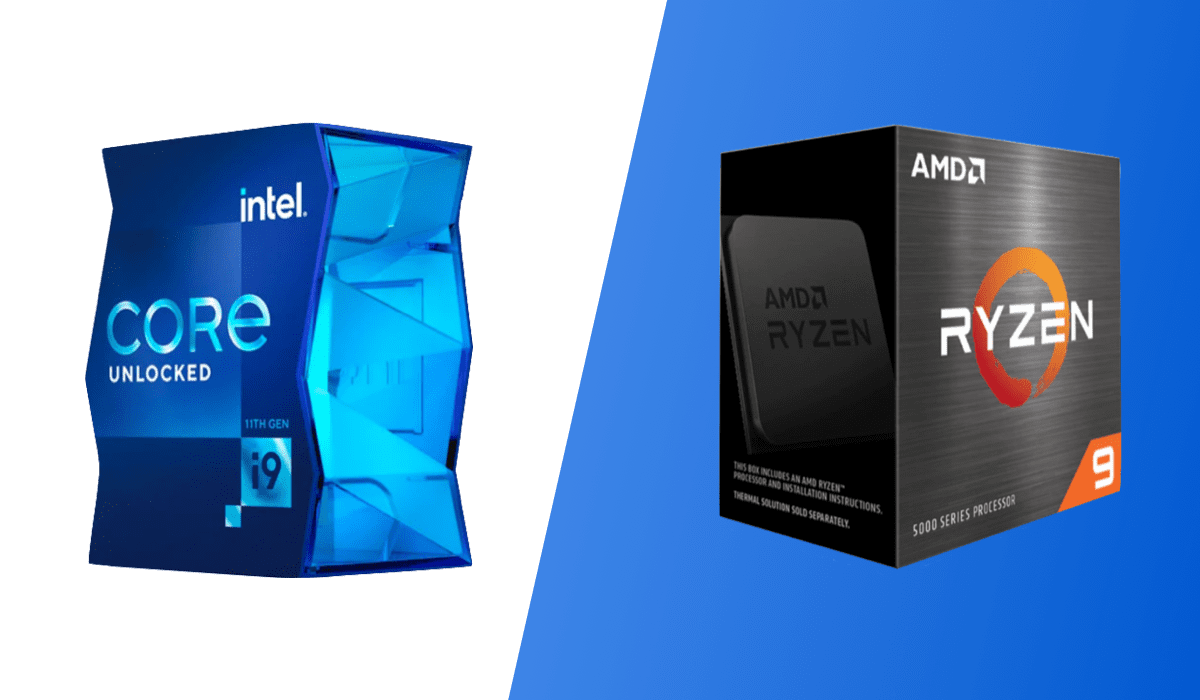 Near the end of the year 2020, AMD announced – and released – their new generation of Ryzen series processors, which were aimed solely at defeating Intel’s claim of having the fastest single-core CPUs in the market. These processors had the same specifications as their previous generation Ryzen 3000 series, but with an improved CCX architecture for faster inter-core communication; resulting in better performance for gaming, and other single-core dependent applications. This upgrade allowed AMD to dominate the CPU market, as their processors were now the complete package: the best CPU for content creation & gaming, with the smallest lithography, PCIe 4.0 compatibility, and the highest core and thread counts available. The ball would then be in Intel’s court to provide some much-needed competition with their new 11th generation of CPUs, that would allow prices to once again reach competitive levels.

Slightly sooner than expected, Intel has announced their new Rocket Lake-S processors and, despite AMD not increasing the core and thread count of their CPUs (allowing their competitor the opportunity to possibly catch up in this regard), Intel has opted to take a similar route and double down on increasing the single-core speed of their CPUs. In fact, they would even go as far as to reduce the core and thread count of their flagship processor, the i9-11900K, in order to better accommodate this marketing approach. This means that those looking to use content production applications, or stream their gaming feats, will only have AMD to turn to for CPUs, as Intel’s new generation of desktop processors appear to be solely focused on single-core dedicated applications.

Given that the aforementioned flagship i9-11900K will have a price similar to that of the Ryzen 9 5900X, let’s compare these two options and see whether or not Intel’s new-generation high-end offering is worth investing in.

Comparing the specifications, we see that the Ryzen 9 5900X has four additional cores & eight additional threads – built on a processing node that is half the size of its counterpart – and a four times larger cache. The i9-11900K may trail the Ryzen 9 5900X in base core frequency by 200 MHz, but it more than makes up for it with a 500 MHz higher overclock frequency. Additionally, like 10th generation Intel desktop CPUs, the i9-11900K will also include Intel Boost Max Technology 3.0 (and 2.0), and Intel Thermal Velocity boost.

RAM compatibility has improved since Intel’s last i9 iteration. The i9-11900K now supports a base speed of 3,200 MHz with a max bandwidth of 50 GB/s, which is up from the 2,933 MHz frequency and 45.8 GB/s max bandwidth of its predecessor. Additionally, the 11th generation of Intel CPUs will have PCIe 4.0 compatibility… though their use will be questionable for gaming-focused builds.

What the Intel i9-11900K has that the AMD Ryzen CPUs lack, is an integrated graphics processor, capable of displaying 5120 x 3200 resolutions at 60 Hz. How useful this will be for this level of CPU power is also questionable, but nice to have nonetheless.

The Ryzen 9 5900X appears to be a far more power efficient CPU, using 16% less energy than the i9-11900K (105 W vs 125 W), despite its much higher multi-core performance. The i9-11900K does have the potential to reduce its thermal design power to 95 W with use of Intel’s Configurable TDP-down feature, but this will reduce the CPU’s base frequency from 3.5 GHz to 3 GHz.

The prices between these two CPUs are just about identical, so let’s take a look at any potential benchmarks, and see the degree in which i9-11900K outperforms the Ryzen 9 5900X in single-core performance, in order to determine whether this lead outweighs its shortcomings in specifications.

According to Intel, the i9-11900K has seen a 19% IPC performance improvement from its last-gen predecessor, translating into an FPS boost ranging between 8% for GRID 2019, to 14% for Microsoft’s Flight Simulator. It is also claimed to have a 10% better Windows application performance, 12% faster office productivity, and 88% faster 4K video editing – measured in Magix Vegas Pro.

Though Intel’s benchmarks do show impressive numbers that represent its lead to the Ryzen 9 5900X in productivity applications, there is no denying the fact that it trails its AMD counterpart in multi-core performance by about 50%. This difference will manifest in different aspects of productivity applications that will surely be proven when these CPUs are tested and reviewed independently. The advantages in gaming applications range between 3% to 11% according to Intel, which are hardly substantial enough to justify its other aforementioned shortcomings.

If we were to compare the MSRP of each CPU, the Ryzen 9 5900X simply has far more overall inherent value than the Intel i9-11900K; which can be diminished depending on the intended build. For dedicated gaming builds, the i9-11900K will be the superior option, given a disinterest in streaming and content creation.

However, seeing as how the Ryzen 9 5900X can still not be found at a price as low as its MSRP – due to its constant depletion of stock – the Intel i9-11900K will surely be the better option when compared to the scalped prices of the Ryzen 9 5900X, that is currently selling for as high as $900 on Amazon.

All else equal, the Ryzen 9 5900X does appear to be the superior CPU for its price, though scarcely are all else equal.