How Many CPU Cores Do I Need For Gaming? 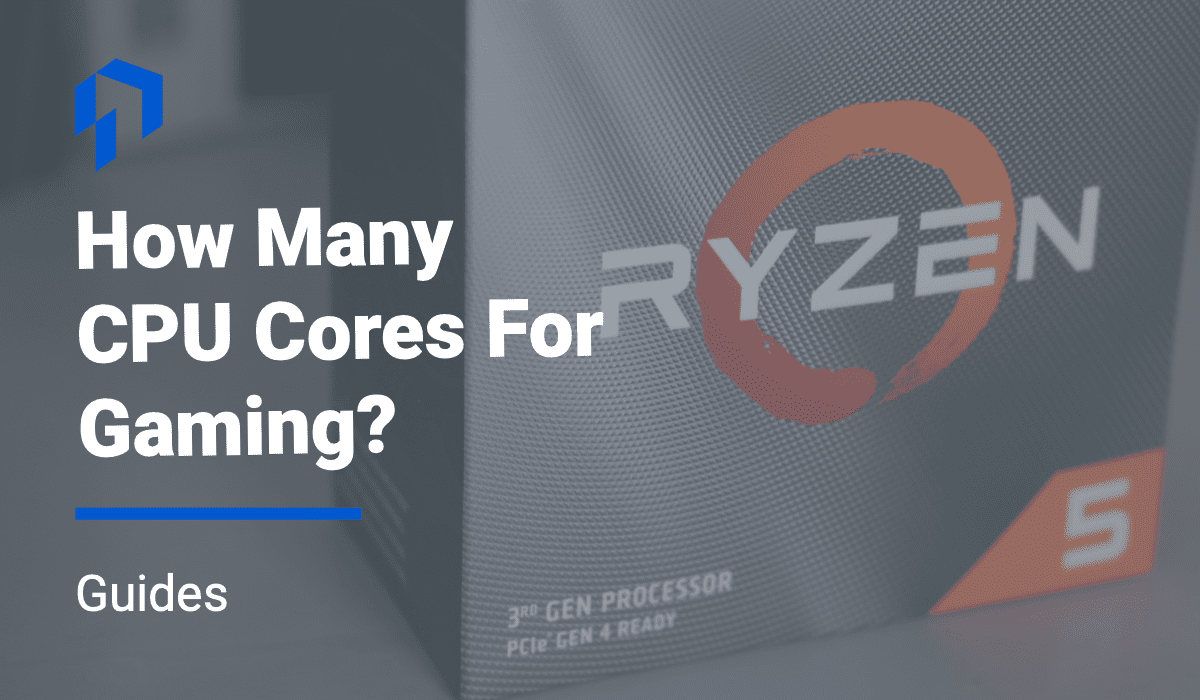 It’s fairly common knowledge that the more cores your CPU has the better it is going to perform in gaming and professional tasks. But why is that the case and how many do you need to hit that sweet spot of price for performance? This guide will answer those questions as well as cover some basics like what a core is and how it functions in your system.

What is a CPU Core?

To determine if core count really matters in your build, we have to get down to the fundamentals. Think of a core as a little machine that can work on a single task. These cores are laser-focused and can’t be distracted, so one core can handle one task at a time. Every core that gets added means that an additional task can be handled by that CPU. The more cores that a CPU has the more efficient it will be at performing tasks.

A core can be further split into threads, which are essentially virtual cores. These threads allow the CPU to split up an individual core’s resources to handle a great number of tasks. This is why you’ll often see specifications listing the cores and threads for a given processor. For example, the Ryzen 5 3600 has 6 physical cores and can support 12 more virtual cores or threads.

So, core count certainly does matter when swapping from task to task. But is that same performance boost felt while gaming?

Games are, generally, single tasks. You don’t need a ton of cores to get a stable gaming experience. While games do require more cores than they did before, most are still a longshot from requiring incredibly high core count processors to run AAA titles. The overall performance of single-cores is still the best metric to look at when trying to get a reliable and high frame rate gaming experience.

It’s better to go for a mid-range chip that can deliver quality speeds and a modest core count instead of beefier high-end CPUs with many cores and dozens of threads. The current sweet spot is 6 cores. Any less and you risk running into performance hiccups. Any higher and you risk overspending for minimal performance boons. Now, high-resolution 4K gaming may warrant a higher-end CPU, especially if you’ve got a powerful GPU like the RTX 3080. For most mid-range gaming-centered uses, a 6-core CPU like the Ryzen 5 3600X will be more than capable of handling 1080p and 1440p gameplay.

Ultimately, your mileage is going to vary based on the games that you play. Most standard titles will rely more on the GPU than the CPU in terms of raw performance. However, there are quite a few CPU-intensive titles that may warrant a higher-end processor if you play them frequently. And then there are additional variances between if a game demands more single or multi-core performance. It’s good to research the games you are going to be playing and check out breakdowns of what sort of resources they use before upgrading or building a system.

A GPU and CPU need to work in harmony. If one is more or less powerful than the other, it will bog your system down. Generally, you want to get a CPU and GPU in similar performance tiers to avoid this. A bottleneck occurs when one component can’t keep up with the other. Your GPU may be sending so much data to your CPU that it has to slow the GPU down to keep up with the information.

The opposite can also be true with a CPU sending too much data for the GPU to efficiently process. If you want to learn more, we have a full breakdown of bottlenecks and how to mitigate them right here.

I recommend having at least 6 CPU cores for gaming. However, that number may not be suitable for every single use case. Finding the right CPU takes a bit of research based on the games you play and what you may already have in your current system. But 6 cores is a sweet spot that will give you enough power to run most modern titles without suffering performance dips.

Budget-orientated builds can go for a 4 core system, but you are much more likely to run into issues and bottlenecks with modern titles.

The Ryzen 5 3600 and its slightly faster cousin the Ryzen 5 3600X are stellar 6 core CPUs that can be had for around $200. This CPU can keep up with most modern GPUs up to the 3060ti. These CPUs deliver fantastic performance while remaining at a low cost. They even come packaged with an impressively good stock cooler!

Ryzen’s mid-range option for its 5000 series of CPUs delivers incredible performance in games and even intensive workstation tasks. This CPU is worth the extra cost if you plan to game in higher resolutions or do a fair bit of multitasking. At a sub $300 MSRP, this powerful processor offers a lot of value.

If you want a no-compromises build to pair with something like a brand-new RTX 3090 then look no further than the Ryzen 9 5900X. This CPU is far and beyond overkill for most games with 12 cores and 24 threads. And the price reflects that at $549. But the envy of all of your friends will be priceless.