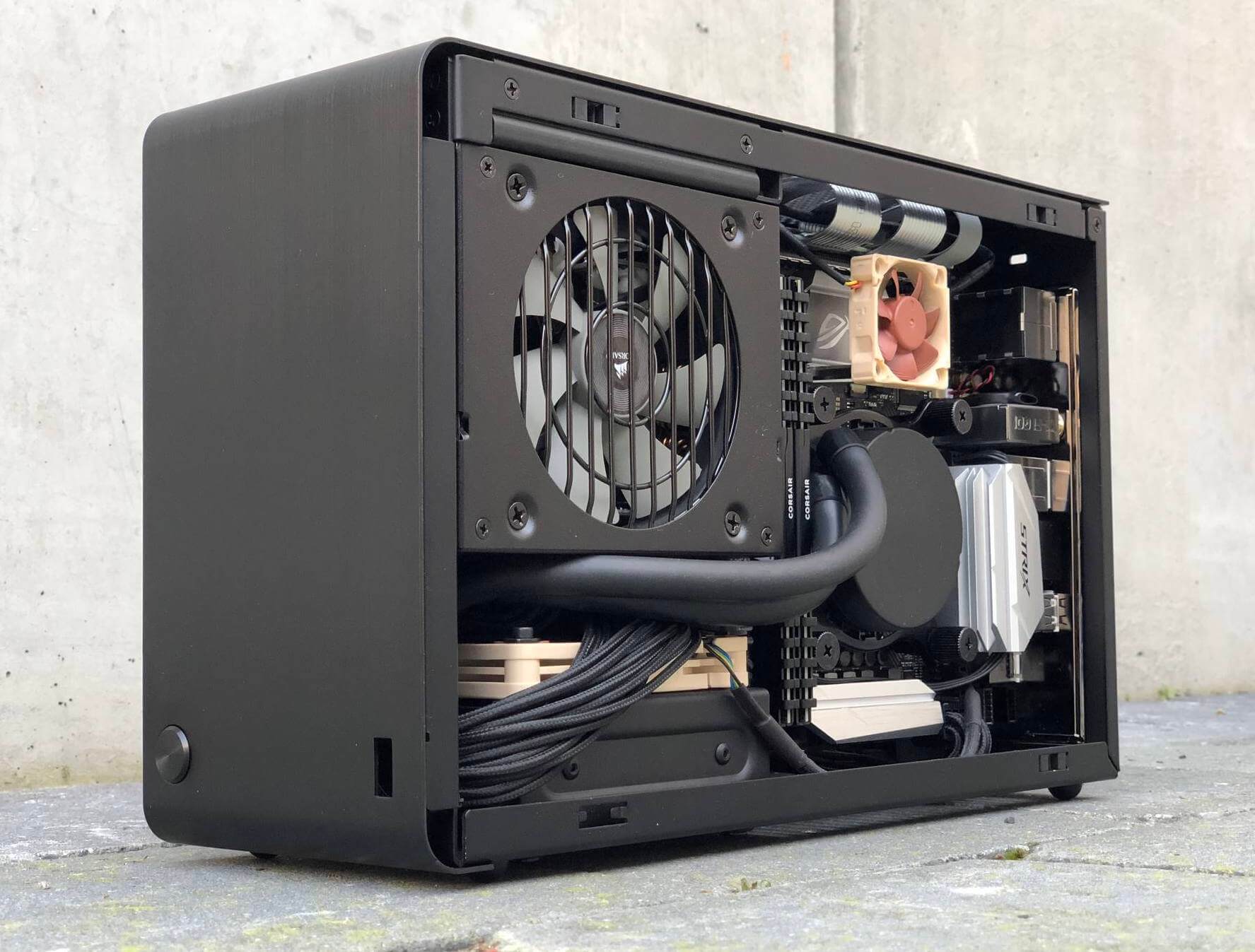 If there is one small form factor (SFF) case that has defined the growth in popularity of the SFF movement, it has to be the Dancase A4-SFX. This mini-ITX case has shown it is possible to build highly capable, enthusiast-grade machines that not only are super compact, but also look drop-dead gorgeous. Rightly so, it has been featured as one of our best SFF cases to build with in 2019.

We believe SFF computers are the future for PC builders – whether you like it or not – and expect to see more and more PC builders turn to the mini-ITX form factor from ATX and look to build smaller, compact systems with equal performance to ATX systems.

Hundreds upon hundreds of A4-SFX builds have been completed over the past years since Dancase first released the A4-SFX case, and since then we have learnt from the community which PC parts work best with the A4-SFX chassis and provide the best cooling performance and thermals. The A4-SFX has been noted to be quite the odd case in that picking the right components and cooling can have quite the drastic effect on how the build performs and how hot it runs.

In this guide we will show you the recommended parts to pair with the Dancase A4-SFX, including the CPU cooler, PSU and case fans to get the most out of this compact SFF chassis.

Since the A4-SFX can support only one case fan, it is largely down to the CPU cooler (and video card cooler) to drive down case thermals and expel hot air from the A4-SFX. Our recommended CPU cooler for the A4-SFX is Noctua’s NH-L9i low profile cooler sitting just 39mm in height, which is compatible with the A4-SFX’s maximum CPU cooler height of 48mm. It is important to note we only recommend the NH-L9i up to max TDP of 65W.

This is a super compatible cooler that with most Intel sockets, and if you’re looking at running an AMD processor such as with the AM4 you will want to use the sister model to the NH-L9i, the NH-L9a.

The NH-L9i is equipped with the slim NF-A9x14 PWM fan which is known for very silent operations, making this a great cooler for silent A4-SFX builds.

Since the max TDP of the L9i is only 65W, we do not recommend the NH-L9i for cooling beefier CPUs such as the i7-9700k that requires 95W TDP, or other processors such as the i9-9900K or Threadripper 2 A4-SFX builds. If you want to build with processors with a TDP of greater than 65W, we recommend opting for the Alpenfohn Black Ridge low profile cooler, a purpose built cooler for the Dancase A4-SFX in collaboration with DAN Cases.

The Black Ridge features a 6 heatpipe design with 47mm of height, a mere 1mm off the maximum recommended from DAN Cases. Although many reviews aren’t out testing the Black Ridge, our early expectations are high since it is a direct collaboration between the manufacturer of the case, as well as the specs such as its thermal mass, which should beat other popular CPU cooler options for the A4-SFX, such as the LP53 cooler. It is important to note that there is only 33mm RAM clearance with this CPU cooler, so essentially any RAM sticks with heatspreaders will not be compatible – and you should look at low-profile sticks as an alternative (or just remove the heatspreaders on the RAM stick).

The first batch of orders ended up being recalled due to a manufacturing and compatibility issue, but this was a few months ago and expect new orders of the Black Ridge to not have this problem – hence our recommendation of the Alpenfohn Black Ridge for A4-SFX builds. Availability will be limited, but we expect this to be one of the most effective CPU coolers for the A4-SFX in 2019.

Right now in 2019, when it comes to picking an SFX power supply for mini-ITX builds – the absolute best pick is from Corsair’s SF Series line of SFX power supplies – either with the Gold or Platinum 80+ rating. These PSUs are absolute best-in-class, offer fantastic power delivery and efficiency, are virtually noiseless and the series offers a wide range of wattages – with the one we recommend for high-end A4-SFX builds (with RTX 2080 Ti or i7-9700K) to be the SF750 Platinum.

There’s not much else to say in this section apart from don’t look any further than the Corsair SF Series when it comes to picking a SFX power supply for the Dancase A4-SFX.

The Dancase A4-SFX only supports one 92mm case fan, so it’s important to pick one that has a decent airflow to help with the notoriously difficult A4-SFX thermals. In terms of positioning of the single case fan, you will want to use it as an exhaust, as this has been the tried and tested effective layout from A4-SFX builders.

Our recommended case fan for the A4-SFX is the Noctua NF-A9x14 – as we have recommended for all SFF builds in this series – the best-in-class case fan in terms of airflow, whilst being super silent in operation. If the distinctive looks aren’t a dealbreaker for you, then the NF-A9x14 is the fan to go for.