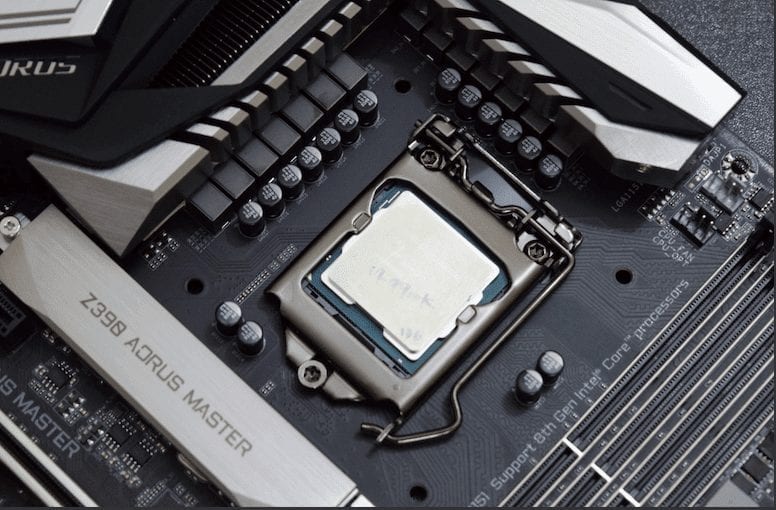 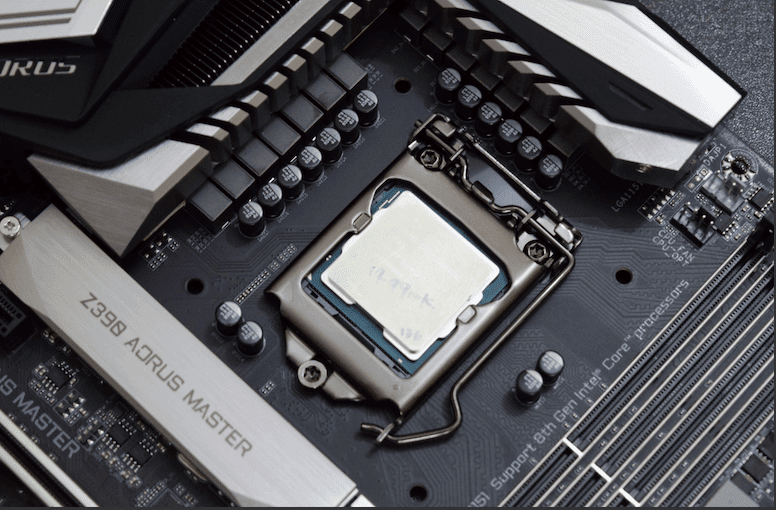 The i9-9900K processor is designed for the most extreme builds in 2020, with mind bending performance in gaming and threaded applications – this is the processor to go for if you want to build the best enthusiast system in 2020. The i9-9900K is the king of processors at the moment -but you likely already know that if you’re reading this article.

To get the most out of the i9-9900K and push it to its maximum capabilities, you’re going to need to accompany it with components worthy of housing the i9-9900K, such as adequate cooling, decent airflow as well as good power delivery components from the motherboard and power supply. In this guide today we will go over the best motherboards for i9-9900K builds, to make sure you are not bottlenecking your i9-9900K system by choosing a sub-par motherboard and really get the most out of your money – depending on what you want (mITX, overclocking capabilities, feature-packed and so on).

The Z390 chipset is recommended for i9-9900K builds – and provides the best future proofing if you want to upgrade your system in the future, and provides better efficiency and performance than its predecessor – the Z370 chipset. We answer the question here if Z370 motherboards will work with Coffee Lake S CPUs such as the i9-9900K – and in short, yes.

Before we begin this guide on the best motherboards for i9-9900K builds, for those looking to do mild overclocks It is important to note that any Z390 motherboard on offer by any top manufacturer should be sufficient for overclocking the i9-9900K, you won’t necessarily need a 20 phase or so motherboard for example as many suggest but what you actually need is sufficient cooling and airflow in the case, making sure the VRM never gets too toasty when under load. For example, focus on the PC case you are using (its thermal performance), case fan setup and airflow orientation – to ensure hot air is efficiently being expelled from the case and cool air drawn in to cool the i9-9900K.

Other guides we have produced you may be interested in too include recommended power supplies for the i9-9900K, and the best performing CPU coolers for i9-9900K builds.

This motherboard is as close to perfection you can get, but of course it comes at a price – specifically just under $550 retail. This price is lower than the other flagship models such as the godlike and the Maximus extreme which retail at $600 – and features the 10Gb LAN than neither the Godlike or Maximus has. Features which justify this large price tag include 3 M.2 ports with their own heatsinks, Thunderbolt 3 support as well as best-in-class power circuitry. This Z390 Aorus Extreme is capable of overclocking four sticks of RAM to very high frequencies, too.

If you want the most extreme and absolute best motherboard for the i9-9900K, then the Gigabyte Z390 Aorus Extreme will not dissapoint.

On top of features, the Taichi ultimate features a solid VRM and 12 phase design, and the VRM quality is improved further on top of the standard Taichi using NexFETs from Texas Instruments. VRM thermal cooling is fantastic too, so you should expect to push the i9-9900K to high clock speeds with the Taichi Ultimate.

If you don’t want to spend $500+ on a flagship Z390 motherboard but still want 90% of the features, along with a solid VRM – then the Taichi Ultimate is the best motherboard for your next i9-9900K build.

When it comes to budget Z390 motherboards for the i9-9900K – specifically under $200 – there aren’t a lot of ones to pick from that you can really trust for this type of build. Two motherboards we do recommend is Gigabyte’s Z390 Aorus Elite and Z390 Aorus Pro for a decent i9-9900K motherboard that won’t limit the overclocking potential of the processor.

The Aorus Elite is the cheapest Z390 motherboard that can take the title of having a decent VRM quality and ability to overclock the i9-9900K. However, we didn’t recommend this motherboard for the i9-9900K as for only a bit more you can upgrade to the Z390 Aorus Pro which has upgraded capacitors and VRM cooling – 5.1Ghz+ overclocks will be possible with this motherboard. In addition, opting for the Pro instead of the Aorus Elite is the addition of a USB Type C front panel, a great feature that will future proof your build as this standard becomes mainstream.

When it comes to deciding which motherboard is best, we tend to look at their VRM quality, cooling ability for decent power delivery to the i9-9900K. In this case for micro-ATX motherboards for the i9-9900K, the ASUS ROG Maximus XI Gene is our top mATX pick for 2020. With an impressive VRM design (5 phase Vcore and 2 phase Vgpu) compared to many 4-phase design motherboard using doublers. The Maximus XI Gene doesn’t use any doublers and has a very impressive efficiency, showing very little power loss in Buildzoids PCB breakdown of this Z390 motherboard.

This isn’t the easiest motherboard to get hold of – with many retailers not stocking this Z390 motherboard in US stores, although the XI Gene is available in most EU stores. UPDATE: One Reddit user contacted ASUS’ customer support and reports that the Maximus XI Gene will not be sold in the USA.

Aside from the Maximus XI Gene, there aren’t really any other micro ATX motherboards for the i9-9900K on sale, and if you want an alternative that would be available in N American markets, then we suggest looking at the EVGA Z370 Micro. Although this runs on the Z370 chipset, it has a seriously good VRM quality and performance, and we would have no hesitations in housing the i9-9900K with this microATX motherboard.

Don’t be fooled by the marketing of many Z390 ITX motherboards that claim 8 or 10 phases when doublers are used and it really isn’t as claims – it is all marketing. The ASRock Z390 Phantom Gaming ITX wins our pick for the best IYX motherboard for i9-9900K builds thanks to its best-in-class (for ITX) 5+2 VRM phase design, delivering consistent power delivery for overclocking the i9-9900K, and the thermals are driven down and kept cool thanks to the Phantom Gaming ITX’s effective VRM and NVMe heatsinks despite the ITX form factor.

Standout features of this ITX motherboard making it suitable for i9-9900K builds include dual M.2, as well as Thunderbolt 3 support, which is a very rare feature to find on any sort of mini ITX motherboard in 2020, regardless of chipset.

Looking at the Z390 mITX competition and why the ASRock Phantom Gaming ITX is superior – the ASUS Z390I has similar VRM design but its VRM cooling is subpar and uses a VRM shield that creates compatibility issues for many CPU coolers – which is the last thing you want when building a mini-ITX i9-9900K build. The AORUS Z390i Pro WiFi is another option but does not have similar VRM quality when compared to ASRock, as well as MSI has no mITX Z390 motherboards worth mentioning.

All in all – if you want to overclock the i9-9900K in the mini ITX form factor, then the ASRock Z390 Phantom Gaming ITX is the best pick for you. If you have yet to decide what you will house your i9-9900K SFF build in, then we recommend checking our guide on our favorite mini-ITX enclosures for SFF builds.