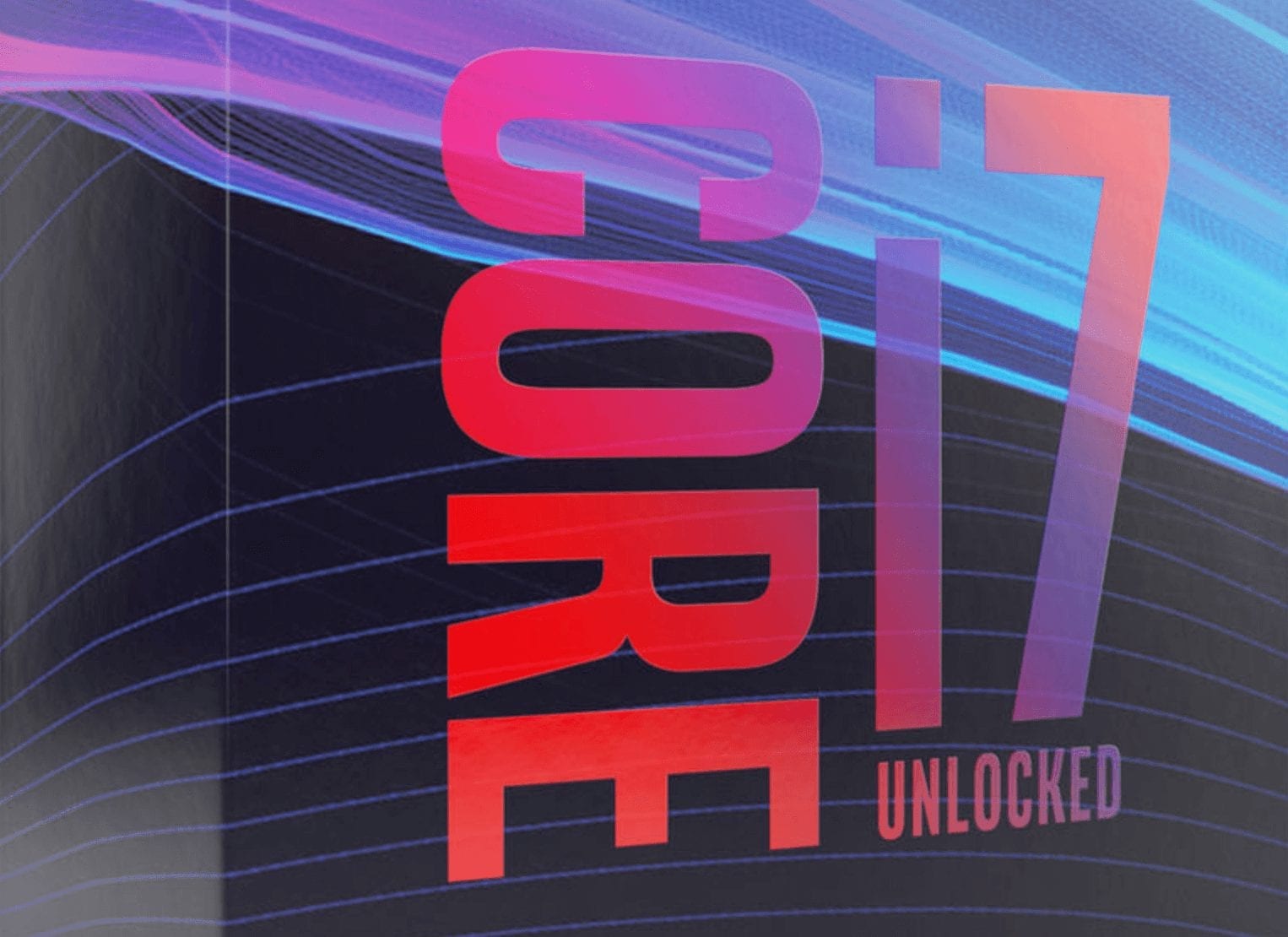 Launched just a few weeks ago in early October, the Core i7-9700K is Intel’s latest entry into the high-end desktop processor market. While the genuinely 8-core 9700K is a serious step up from the quad-core 7700K from a few years back, Intel’s decision to forego hyperthreading and limit the 9700K to the same 8 threads is perplexing at best. In another disappointing turn of events, the 9700K is still built on the same 14nm lithography as even Intel’s i7-6700K from 2015, even while AMD is preparing to launch 7nm-based CPU’s in Q1 of next year. That said, the Core i7-9700K does represent an upgrade from last year’s 8700K: by refining their dated 14nm process even further, Intel has managed to cram 2 more true cores into the 9700K and increased the CPU’s boost clock from 4.7 to 4.9 GHz, all while maintaining last year’s 95W TDP.

Despite these few disappointments, the 9700K is just barely overshadowed by its big brother, the i9-9900K, as the single-threaded performance king, and ties the i9 in gaming benchmarks, according to TechSpot’s review. If you’re a gamer upgrading from a 3 or 4-year-old CPU and looking for the highest possible FPS, the i7-9700K is a great buy. Of course, alongside your brand new CPU, you’ll need a new 300-series motherboard to house it. While the 9700K is compatible with Intel’s H310, B360, H370, Z370, and Z390 chipsets, we definitely wouldn’t recommend anything outside of the Z370 and Z390, as lower chipsets don’t support many of the 9700K’s iconic features, like overclocking.

In this buyer’s guide, we’ll be looking at the best picks for a variety of user needs and price points, so you can make absolutely certain that you’re giving your gaming PC’s new processor the home it deserves. Our articles in this series of guides include the best RAM, CPU Coolers and Power Supplies for i7-9700K builds.

If you have any questions, concerns, or discover any inaccurate information, make sure to let us know. We’re writing this early on, but we’ll be updating and maintaining it regularly, so don’t hesitate to send us some suggestions as well.

While MSI’s MPG Z390 Gaming Pro Carbon isn’t the best performer, the highest value, or the most feature-rich board on this list, it fits perfectly into our overall category for its perfect balance of all three. The Gaming Pro Carbon packs every feature necessary for excellent user experience, like on-board WiFi and Bluetooth, an on-board amplifier, and Gigabit ethernet, while also pulling some of the premium features seen on more expensive motherboards, like MSI’s “frozr” M.2 shields and 11-phase power design for perfectly adequate i7-9700K overclocking. It competes impressively against its more expensive counterparts like the Z390 Aorus Master in handling productivity, gaming, and synthetic workloads, and overclocks just as well too. While it gets noticeably more power-hungry than most other boards under heavy load, the Gaming Pro Carbon does an above-average job at keeping its VRM and overall board temperature down.

Matching the target audience of the i7-9700K excellently, the MSI MPG Z390 Gaming Pro Carbon brings the extra compatibility of the Z390 chipset, impressive overclocking and performance, and a full range of useful features to a budget-friendly enthusiast price point.

Considering that the Z390 chipset has been called a renamed Z370 by some manufacturers, and doesn’t really bring any groundbreaking new features to the table, foregoing a brand-new Z390 board is a great way to save a few bucks on your build. Not only does ASRock’s Z370 Extreme4 go for $50-$100 less most of the other boards in this guide, but the price difference is all but unnoticeable when it comes to performance. With its 12-phase power design, three PCIe x16 slots (x16/x0/x4 or x8/x8/x4 configuration), and gigabit ethernet, the Extreme4 delivers all of the enthusiast but forfeits built-in WiFi/Bluetooth and extra audio gear like a DAC in of a more budget-minded price.

What the Z370 Extreme4 doesn’t skimp out on is performance. Going head-to-head with much more expensive competitors like the MSI Gaming Pro Carbon and ASRock’s own Z370 Taichi, the ASRock Extreme4 holds its own in synthetic and real-world gaming tests, as well as productivity workloads and overclocking. While the Extreme4’s slightly lower-quality VRM’s find themselves uncomfortably hot when running the most demanding CPU benchmarks, they’re certainly acceptable under practical loads.

While the Aorus Gaming 7 looks cooler and overclocks better, and the MSI MPG Z390 Gaming Pro Carbon boasts a wider feature-set, the price-to-performance ratio of ASRock’s Z370 Extreme4 is undeniable, and anyone willing to give up a few quality-of-life improvements and a couple extra Megahertz will find themselves with a more-than-capable enthusiast motherboard and more cash to put towards other components.

If this board’s “Gaming” suffix didn’t give it away, the massively overstated and RGB-covered aesthetics will: the Gigabyte Z370 Aorus Gaming 7 motherboard was made for the L337 gamer in all of us. While Aorus’ gaming-specific lineup hasn’t yet been updated to the Z390 chipset, the Z370 version is still a fantastic option, even for 9th generation Intel CPU’s. At just over a third the price of MSI’s “Godlike” overclocking motherboard, this Aorus board boasts many of the same specs and features and — make no mistake — still packs some major overclocking headroom without emptying your pockets. The ESS Sabre Audio DAC and two Gigabit Ethernet ports are reminiscent of {our top overclocking pick from MSI}(link to scroll to the Best for Overclocking section), and the 10-phase power delivery is still plenty to overclock for games. According to Tom’s Hardware gaming benchmarks, Aorus’ Gaming 7 board lags ever-so-slightly behind only MSI’s Z370 Godlike Gaming — the most expensive mainstream Z370 motherboard — in synthetic benchmarks, 3D games, and overclocking. The motherboard also focuses on making overclocking as easy as possible, even going as far as including a built-in “OC” button on the board, so you can get back to the game with minimal setup and maximum performance.

While the Gigabyte Z370 Aorus Gaming 7 lacks some of the features we’d expect from a board of this price — namely on-board WiFi — it’s obvious that this board was designed specifically for gamers and it’s difficult to argue with the performance numbers. Plus, everybody knows that the RGB lighting makes it run way faster, right?

If your pockets are as deep as your will to get the absolute most performance possible out of your rig, then look no further than MSI’s MEG Z390 “Godlike” Extended ATX motherboard. This board’s EATX (Extended ATX) size means that you may also find yourself having to buy a more spacious PC case, but it also guarantees that this board has made absolutely no compromises. The Godlike comes with 4 PCIe x16 slots, 4 DIMM slots that support up to 4600 MHz overclocked DDR4, 3 PCIe M.2 ports, 16-phase CPU power, 2 RJ45 LAN ports (plus built-in WiFi) with support for Killer xTend, and an ESS Sabre Hi-Fi audio DAC. While every single one of these specs is top-tier, it’s the 3 separate networking devices and 16-phase CPU power that really steal the show. With Killer xTend, PC’s with MSI’s Z390 Godlike can even be used as smart network extenders, boosting your home network’s signal and prioritizing traffic based on application.

The Godlike’s 16-phase power is also industry-leading; last year’s top E-ATX overclocking board — the ASUS Maximus X Apex — featured only 10-phase CPU power. With great power comes great heat, however, and this board has a no-compromises policy when it comes to cooling. The MSI MEG Z390 is covered in stylized heatsinks and ten fan headers. Even the M.2 slots feature double-sided “” heatsinks to make sure your M.2 SSD’s stay comfortably cool. The only compromise that MSI has made on the Godlike is the removal of video ports on the motherboard – you can’t use the i7-9700K’s in-built iGPU to power your monitor, but we’d expect anyone buying a board like this to have a dedicated graphics card anyway.

If you can afford it, the MSI MEG Z390 Godlike is the motherboard to get if you want the best experience your i7-9700K has to offer. If your wallet can’t tank the price tag, or your case won’t fit the Godlike’s E-ATX form factor, the newly announced Aorus Z390 Xtreme shares many of the Godlike’s best features, like 16-phase power delivery, and — while we don’t yet have a specific price — should be a good deal more affordable than its MSI competitor once it comes to market.

While the ASUS ROG Strix Z370-G Gaming Micro ATX motherboard still uses last generation Z370 chipset, that hasn’t stopped it from being named Tom’s Hardware’s top Z-series Micro ATX board in October 2018. The lack of the few extra features that Z390 brings to the table is vastly outweighed by this tiny board’s fantastic performance and feature set. The Strix Z370-G trades blows with its similarly-priced full-size ATX counterparts in terms of compatibility, performance, and overclocking. According to the Tom’s Hardware review mentioned above, the Strix even overtakes some of the highest-end ATX motherboards, like MSI’s Z370 Gaming Pro Carbon AC, in gaming performance. While the Strix Z370-G’s overclocking performance and 10-phase power also fit in alongside its larger competitors, it uses significantly more power and puts out more heat both at idle and full-tilt, meaning that its VRM’s may need some extra airflow from case fans in order to stay comfortable.

For a micro ATX motherboard, the Strix definitely doesn’t skimp on a full array of features. With two x16 PCIe slots (to be used as either one x16 or two x8 slots), dedicated M.2 PCIe slots for SSD’s, four DIMM slots, and an excellent 867Mb/s Wi-Fi module, ASUS has really crammed an ATX-board-worth of features and compatibility onto this mid-size enthusiast motherboard.

If you’re looking to build a smaller PC without compromising on compatibility and performance, ASUS’ ROG Strix Z370-G Gaming is the perfect board. From overclocking performance impressive for any machine to a wide selection of ports and headers, we doubt you’ll even notice that your Z370-G isn’t a full-fat ATX gaming motherboard.

At just over $200, the ASUS ROG Strix Z390-I Gaming is more expensive than most of its enthusiast-oriented mini-ITX competitors, like the MSI MPG Z390I, but not without good reason. Besides the major visual overhaul that comes with covering the motherboard in stylized heatsinks, the Strix Z390-I Gaming improves on its stellarly-reviewed predecessor, the Z370-I Gaming, with a pre-shielded I/O, HDMI 2.0, USB 3.1 Gen2, SupremeFX audio Shielding, and — of course — Intel’s Z390 chipset.

According to overclock3d, the Strix Z390-I proves that “ITX motherboards are no longer the poor cousin of their full ATX counterparts,” and that verdict shines through in the overclocking, cooling, and performance numbers. While the Z390-I matches the overclocking performance of its big brother, the full ATX Z390-E, the fewer power phases on the smaller board lead to somewhat higher power draw and heat output, which explains the need for the monolith of heatsinks covering almost half of the motherboard.

By matching the performance of its larger counterparts and exceeding our expectations in terms of features and compatibility for its miniscule size, the ASUS ROG Strix Z390-I justifies its marginally higher price and earns our pick for best mini ITX board for the i7-9700K. This motherboard would look just at home in a Dancase A4-SFX enclosure paired with the 9700K, or with any of our favorite ITX enclosures.