An Overview of All RX 6800 Aftermarket Cards Announced (So far..) 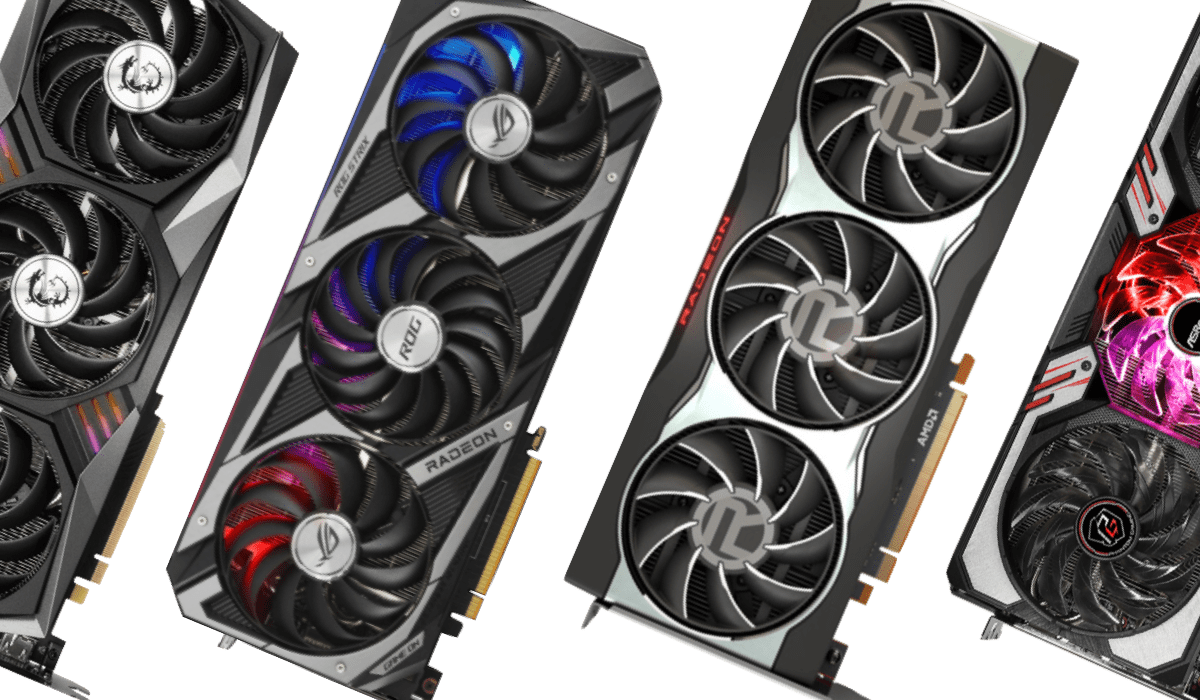 After the release of AMD’s game changing Zen 3 Ryzen 5000 Series CPUs, they have now also released their new series of RDNA 2 Radeon RX 6000 Series GPUs, which are aimed at reinstituting AMD as a top contender in the GPU market; previously dominated by Nvidia for the past few years.

The least expensive of the three announced RDNA 2 graphics cards, the Radeon RX 6800, is looking to compete against Nvidia’s GeForce RTX 3070 – though it is slightly more expensive. This GPU includes all the new features found in the Radeon RX 6000 Series, including Radeon Anti-lag, which reduces inherent end-to-end input latency, Radeon Boost, which detects fast on-screen motion via user input and dynamically lowers the resolution in order to provide a boost to the framerate, and, perhaps the most important feature, Smart Access Memory. This Zen 3 and RDNA 2 exclusive creates an expanded memory channel between the CPU and GPU, utilizing PCIe bandwidth to provide more VRAM access to the CPU, thus removing the memory bottleneck of the GPU and enhancing its performance by up to 11%.

These reference card specifications, as well as the cooling solution of the GPU, will vary, depending on the aftermarket manufacturer and model. Despite the recent release of the RX 6800, only a few manufacturers have announced detailed specifications and prices for their models. With the information currently available, we have created a list of each aftermarket RX 6800 for you to read, compare, and decide which is right for your new build.

When it was found that certain aftermarket manufacturers had used cheaper POSCAPs instead of MLCC capacitors for the Nvidia GeForce RTX 3000 Series GPUs, which resulted in instability and crashes due to interreference during boost/over clocking, ASUS really proved to be a quality-focused manufacturer. Their products were the only AIB GPUs that used an all-MLCC layout, avoiding the issue altogether.

For AMD’s Radeon RX 6800, ASUS is releasing a TUF Gaming variant. This GPU will have a larger 2.9-slot heatsink, which is situated atop a MaxContact base-plate in order to create a larger surface area. It will have three axial-tech designed fans that will be PWM controlled, with the center fan spinning in an alternate direction, designed to avoid turbulence. Two of the three fans will have 13 blades, while the third fan will have 11 blades. The ROG Strix will also have a short, custom made, PCB, with ventilation-holes in the backplate for better airflow. Another unique addition to this GPUs thermal solution, are two FanConnect II headers, which allows one to connect case fans with the GPU, so that they can operate according to its temperature fluctuations. The side-face of the ROG Strix will feature an illuminated RGB display, that appears to bleed through to the fans, so it can be mounted in either orientation without losing its flare.

Pricing and clock speeds are not yet confirmed for this model, but should be released soon enough.

The second RX 6800 variant that ASUS is looking to release is the TUF Gaming. This GPU will most likely be priced similarly to the reference card, as it offers little in terms of RGB lighting (with only a small accent on the side, running across the top of the TUF Gaming logo). It will have an enlarged 2.9-slot heatsink and a tri-fan setup, with the fans once again having an axial-tech design. Like the ROG Strix, it will incorporate a counter-spinning central fan and a ventilated backplate. If this Radeon RX GPU is to be similar to other TUF Gaming models, the fans will most likely use double ball bearings and PWM controls, and it may also have a separate heatsink to dissipate heat from the VRAM.

Price and clock speeds are, once again, yet to be announced by ASUS.

Of course, MSI couldn’t be absent from the Radeon RX 6800 AIB market, as they are primed to release their Gaming X Trio model. Named after its triple-fan design, which will most likely include double ball bearings, this GPU will feature a TRI FROZR 2 cooling system – with TORX Fan 4.0 fan-blades that are linked in pairs on the outer ring for more concentrated airflow – and PWM controls called Zero Frozr. The Gaming X Trio’s 2.5-slot heatsink will most likely utilize a Wave-Curved 2.0 fin design, meaning that the fins will have angled edges to allow the air to drift through smoothly, eliminating any unnecessary noise. The backplate will be ventilated, in order to optimize airflow, and RGB-lit accents will run across the front and side of the GPU – including an illuminated MSI logo. Unlike the reference card, this GPU will be slightly larger, with a length of 324 mm, a width of 141 mm, and a 55 mm height. It will also not feature a USB Type-C port.

MSI has yet to release any information in regards to the price and the clock speeds of this GPU.

The Taiwanese manufacturer best known for their motherboards, ASRock, will also be joining the Radeon RX 6800 AIB market with two new models; one being the Challenger Pro OC.

Though the clock speeds have not been released for this model, the “OC” in its name indicates it will have slightly faster frequencies than the reference card. The cooling solution of the Challenger Pro OC features a tri-fan design, with Striped Axial Fans that have a “stripe structure” on each blade, as well as a polished surface underneath. These fans will be PWM controlled as well, while the backplate will have four thin ventilation holes to enhance system airflow. Also, noteworthy, is that the backplate is actually shortened; to the point where it does not cover the entire length of the 2.75-slot heatsink. Like most announced aftermarket variants, the dimensions of the GPU will be slightly larger than the reference card: 305 mm in length, 131 mm in width, and 55 mm in height. Another difference is that it will be missing the USB Type-C port, but, in its place, it will have a third DP 1.4 slot.

The prices of ASRock’s aftermarket Radeon RX 6800 GPUs are TBC.

The other Radeon RX 6800 variant that ASRock will be offering is the Phantom Gaming D OC. Though the OC part of its name references the increased clock speeds it will feature, what the “D” stands for is a mystery.

This GPU has a very similar cooling system to the Challenger Pro OC, with a tri-fan design that utilizes PWM controls, and a shortened backplate that leaves about 20% of the heatsink uncovered – though this backplate does not have the ventilation holes of the Challenger Pro OC. The Phantom Gaming D OC will also include a reinforced metal frame, to prevent the PCB from bending. The dimensions, the integrated power stage, the 90 Amp power chokes, the Nichicon 12K black caps, the 2 oz copper PCB, the high-density glass fabric PCB design, and the overall connectivity will be identical to the Challenger Pro OC.

Where the Phantom Gaming D OC differs to the Challenger Pro OC, is its external design. It has an RGB display on the side, illuminating the Phantom Gaming logo, and the middle fan features translucent blades that will also be RGB-illuminated. These displays can be synchronized via ASRock’s Polychrome software.

As for price and exact clock speeds, these are yet TBD.