How Much VRAM Do I Need for Gaming? 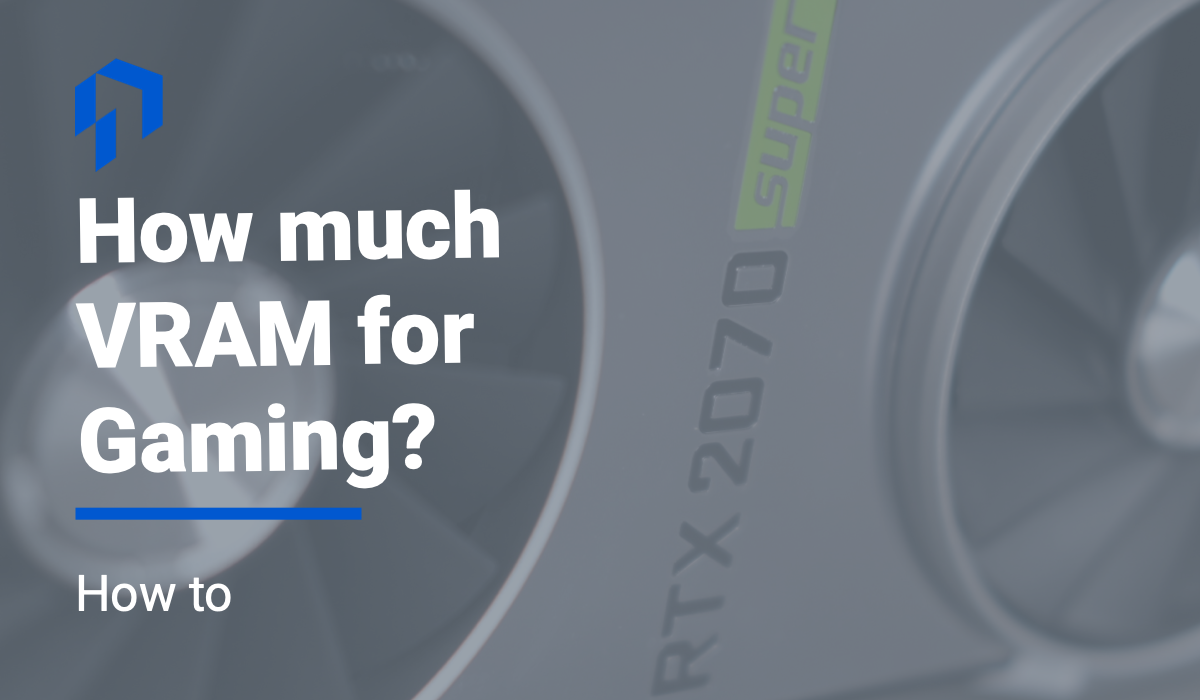 Everyone interested in PC gaming has heard about how important a good graphics card is. As the avenue that lets you experience the newest titles, you want to be sure that your card is up to the task. VRAM is a major factor in that decision. It’s an important statistic in determining the power of your graphics card, but how much do you actually need?

Modern cards range from 4GB all the way to over 12GB of VRAM. While more VRAM is never a bad thing, prices can quickly get out of hand, so setting a target range is a good idea. Plus, VRAM isn’t the only thing that affects game performance. Let’s explore what VRAM is and the biggest things that affect how much you need before diving into specific numbers.

Contents hide
1 What Is VRAM?
2 Resolution Greatly Affects VRAM Usage
3 The Games You Play Decide How Much VRAM You Need
4 In-Game Settings Affect Performance
5 How Much VRAM Do You Need?
6 Summary
7 Relevant Guides
7.1 Related

VRAM is an acronym for Video Random Access Memory. It’s built and optimized for the graphics card, making it exceptional at certain tasks like texture loading and frame buffering. You can think of it as a specialized version of the RAM that already exists in your computer, although there are a few key differences.

To start, VRAM cannot be upgraded or swapped out later. It is soldered directly into the graphics card, so you will have to replace the whole unit to see better performance. This makes future-proofing during your initial purchase a good idea, as game requirements see constant updates. The more demanding the game, the more VRAM you need, with some exceptions based on other metrics.

Finally, know that VRAM is not the only important part of a graphics card. Cards with 6GB of VRAM can sometimes outperform cards with 8GB due to better optimization and more power elsewhere. Be sure to research other parts of the graphics card and look for how many teraflops of power it has before making a final purchase decision.

The first and biggest factor in how much VRAM you need is resolution. Higher resolutions need significantly more VRAM to achieve the same performance. This is because the number of pixels on the screen increases exponentially between resolutions; a 4K resolution has twice as many pixels to capture as a 1080p resolution. For the purposes of VRAM, this drastically increases the memory each frame takes on the card. If you have ever lagged in a game and lowered your resolution before, you probably noticed immediate performance gains.

Every frame while gaming has to be processed and pushed out at the set resolution. Most monitors have resolutions of 1080p, 1440p, or 4k. If you are interested in gaming at these high resolutions, you need enough VRAM to support the same number of frames. 8GB of VRAM quickly becomes the minimum for AAA gaming in 4k while stepping up to 12GB for higher FPS.

The Games You Play Decide How Much VRAM You Need

This is a well-known rule of graphics; the more advanced the game’s graphics, the more powerful the graphics card needs to be. While there are other factors that determine the power of a GPU, VRAM is a decent starting point.

How much VRAM a game requires depends on how well optimized it is, the style of the game, and its graphical prowess. As expected, running Red Dead Redemption 2 is quite a bit more taxing than Team Fortress 2. In general terms, more modern games require more VRAM to play. While you can adjust in-game settings to improve performance – we’ll talk about that in the next section – all games have a base VRAM floor that must be met. Otherwise, you will always lag and see poor performance.

While new games can require a daunting amount of VRAM, this may be a blessing in disguise. Even the cheapest card on the market can likely run games through 2014 flawlessly. Plus, there are games that rely more heavily on the CPU or don’t need much at all, like Minecraft or Risk of Rain. If you mainly play indie games or older titles, you can get a great graphics card for cheap. You can (and should) check the system requirements for your favorite games to get an idea of what you need. Be sure to add an extra 2-4GB of VRAM for high-resolution gaming.

Finally, in-game settings can be tweaked to your heart’s content. For those of you looking to save on VRAM, you can turn down most settings and see major performance jumps. Those of us lucky to have a top-of-the-line graphics card can do the opposite, launching VRAM usage through the roof in the name of graphical fidelity.

Some modern games, like Warzone, show you how much VRAM the game uses vs. what is available. This is a nice feature to have while tweaking settings but is not necessary. While some settings have a stronger effect on VRAM usage than others, you’ll want to lower most settings for the best performance.

One of the key settings to keep an eye on is anti-aliasing. This is the setting that smooths out the edges of 3D models in the game, providing a nice, polished look. Unfortunately, it is also one of the most intensive settings due to how it works. In the simplest terms, anti-aliasing multiplies the images around certain objects and copies them to smooth the edges. For reasons similar to the resolution effect above, this can quickly get out of hand. Try lowering or even turning off anti-aliasing to lower VRAM usage.

Other areas like texture quality and particle effects are also notoriously draining. For most intensive games, you can find guides online to optimize the settings. There is almost always a good balance to be struck between performance and looks to help you out.

How Much VRAM Do You Need?

We’ve touched upon the numbers throughout the article, but here is a definitive list of what you need. While we’ve listed these by resolution, you should remember that other factors also play a role. You probably don’t need 8GB of VRAM to play Minesweeper, even in 4K. Use your best judgement and look up other systems and the FPS they get in your favorite games.

A final quick note: these are recommendations for modern games. If you find yourself returning to classics like Portal 2 or Dark Souls, you will not need as much power under the hood.

The amount of VRAM you need depends on several factors. While shopping around for a new card or checking if your system is up to snuff, always assume that more is better. You can still be reasonable, however – if you are comfortably gaming in 1080p, you do not need to splurge on an RTX 3080.

Refer to our list above to find the resolution that will best suit your gaming needs. Keep in mind that resolution, game, and in-game settings all have dramatic effects on how much VRAM you’ll need. If your budget allows for it, go higher.

Future-proofing your expensive hardware like the GPU and CPU is a good idea, especially given how quickly game requirements can advance. Given their price in the current market, we recommend starting with at least 4GB of VRAM and going from there. 8GB of VRAM is ideal for new builders. This will let you play modern games at max settings – a performance that will likely carry into the next generation of titles too.

Interested in exploring the newest graphics cards and seeing how they compare? We’ve got you covered with plenty of guides here: