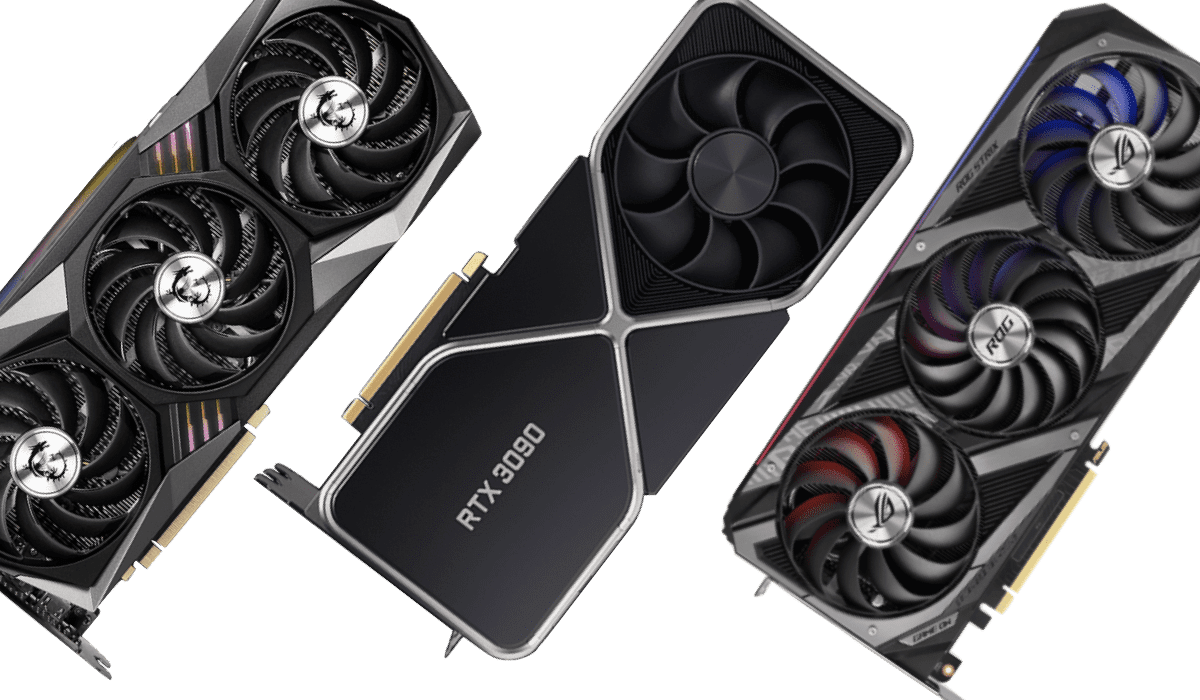 There is no getting around it, the GeForce RTX 3090 is ridiculous. The RTX 3090 represents not only the most expensive consumer desktop GPU ever released, but the most peculiar case of what should likely be a workstation card being marketed for gamers. That’s not to say that the affluent gaming enthusiast shouldn’t pick one up if they so choose, just that based on its features the RTX 3090 leaves a lot on the table for even those builders that have high refresh 4K displays sitting atop their desks.

24GB of VRAM sounds like a lot, because it is, but even the mighty Microsoft Flight Simulator 2020 ideally requires up to only 8GB. It’s not until you begin intense 3D rendering jobs in modelling programs that you start to truly need and use 12GB, 16GB, or more, of VRAM. Regardless, the RTX 3090 ends up as a bit of a double-edged sword by entering the market as a luxury gaming graphics card, because few, if any, games will be able to leverage the resources it provides even at 4K resolutions. Although, builders able to get their hands on a RTX 3090 should certainly be “future proof” for at least the next five to six years as games struggle to begin utilizing this level of horsepower. That said, if you are considering one you would do well make sure you actually need a RTX 3090 for 3D artistry lest you overspend on your GPU when that money could have gone towards a better CPU, Motherboard, or Memory.

Ultimately, we’re not here today to determine whether the RTX 3090 is the right card for you, rather, we’re here to help you narrow down which RTX 3090 AIB cards are the best to choose from, and why, if you’ve already decided to pick one up. So let’s take a look!

A stock RTX 3090 already puts out astonishing numbers across the board in games benchmarks and benchmarking programs, but some overclocking fiends feel the need to push things even further past simple air and liquid cooling. If you’re interested in competition overclocking, and you happen to have a container of liquid nitrogen lying around, then your best option is the EVGA RTX 3090 FTW3 Ultra. If your aim is to tackle the benchmarking scores put up by people like K|NGP|N or some of the TechTubers, EVGA’s flagship FTW3 series delivers again with its trademark overkill cooling solution, custom PCB, and tuned VBIOS.

Standard for the RTX 3090s, the FTW3 Ultra comes with 24GB of GDDR6X memory clocked at 19.5GHz, 10,496 CUDA cores, and unique to the FTW3 Ultra, a boost clock speed of 1800MHz. With the custom cooler and factory thermal paste, EVGA’s VBIOS and fans should net you an out of the box power target closer to 375-400W depending on your silicon quality, with significantly more headroom from there provided a liquid or subzero cooling solution. As with most of the AIB cards for Ampere, you won’t need to worry about using an adapter for Nvidia’s funky new 12-Pin PCIe power connector, instead, you’ll just need three standard 8-Pins available to supply your GPU with the juice it needs.

Perhaps the next biggest benefit you’ll notice from the RTX 3090 FTW3 Ultra, aside from its overclocking support, is the size. The RTX 3090 FTW3 is only a 2.5 slot GPU, where the Founder’s Edition is a full 3 slots. While this doesn’t necessarily lend itself to any performance benefits, those building in more compact cases might be able to fit a RTX 3090 FTW3 where you could not afford the space for a Founder’s Edition or some of the other add-in board partner models. Further, less space taken up by the GPU is more space for airflow, and is more than likely why the RTX 3090 FTW3 ends up being one of the quieter cards in addition to their offset fan design and default fan curve.

At the end of the day, overclocking comes down to silicon quality, so you’ll need a bit of luck to win that particular lottery, but the RTX 3090 FTW3 Ultra is still going to be a top performer no matter what. As for the $1800 cost, overclocking an already monstrous GPU is a bit like squeezing blood from a stone, and if that’s worth an extra $300 to you for the room to play with voltage settings and extreme cooling solutions then it’s a fantastic choice. Otherwise, you might consider the price differential a surcharge for every year of EVGA’s legendary warranty.

When it comes to your PC, it’s typically better to opt for function over form. You can have the flashiest looking, most attractive parts in your system, but that doesn’t make them perform any better. That said, it’s always nice when the two meet perfectly in the middle like with the Asus ROG Strix RTX 3090. When you can have not only one of the strongest performers at stock settings with exceptional overclocking capability, but also one of the sharpest looking RTX cards to date, ala Martha Stewart, it’s a good thing.

The Strix RTX 3090 not only has the highest default boost clock speeds at 1890MHz, but also one of the most generous manufacturer power targets of nearly 480W! Again, to power this Mack Daddy GPU you’ll need three standard 8-Pin PCIe power connectors, and a spacious case to build in thanks to the triple-fan/triple-slot cooler design. Also, moving air through your mountain of metal fins and pipes are high surface area fans, with the center one spinning the opposite direction to improve/smooth out airflow performance around the card. Further, there are two PWM fan headers for you to directly tie a couple case fans to the performance of the card even more.

If your display(s) don’t support DisplayPort, multi-monitor users will be happy to know that the Strix RTX 3090 is one of only a handful of RTX 3090s which has more than a single HDMI output. As for the rest of the card’s features, they’re standard fair for the RTX 3090 with an identical amount of CUDA cores (10,496), VRAM (24GB), and DisplayPort outputs (3).

While they don’t have nearly the same warranty or customer service reputation that EVGA does in the States, Asus still has some of the most consistent top-tier component selections, and the ROG Strix 3090 continues this trend. If you’re able to drop nearly two grand on just your GPU, you can rest assured that, with Asus, you’ll have arguably the best GPU money can buy for gaming, 3D modeling, and Ray Tracing.

Given that the asking price for Nvidia’s best GPU is outlandish no matter what, aside from those we’ve outlined today, there are very few reasons to spend a penny more than you have to if you’ve decided to purchase a RTX 3090. For that reason, if all you’re looking for is the best RTX 3090 for as close to the suggested price as possible, you must bide your time until you can snag an MSI RTX 3090 Gaming X Trio.

For a nearly perfect out-of-the-box card, the Gaming X Trio RTX 3090 is nothing but impressive. Because of how finely tuned it already is by MSI, there’s not much more performance you’re going to be able to squeeze out of it without switching to liquid metal and/or liquid cooling. Offering one of the higher power targets, MSI’s VBIOS here sits around 380W, and provides the Gaming X Trio RTX 3090 a nice boost clock bump to ~1785Mhz. The tradeoff for this stock optimization ends up being the fact that the Gaming X Trio is one of the warmer RTX 3090s out there, though still remaining well within a reasonable range between 75-79 degrees Celsius.

The MSI RTX 3090 Gaming X Trio may not be the best performer compared to cards like the ROG Strix RTX 3090 from Asus, for less than $100 over MSRP you’re going to struggle to find a better “value” (considering it’s still almost $1600 for just your GPU 😊).

The RTX 3090 is absolutely not for everybody, even the wealthy builder who’s only concern is the best games performance. However, if money is truly no object compared to guaranteed gaming supremacy, or if you can actually put the gargantuan amount of VRAM through its paces in rendering workloads, even the highly anticipated Radeon RX 6900XT might not be able to lure you away. As always, let us know your thoughts in the comments section below, and thanks for reading!