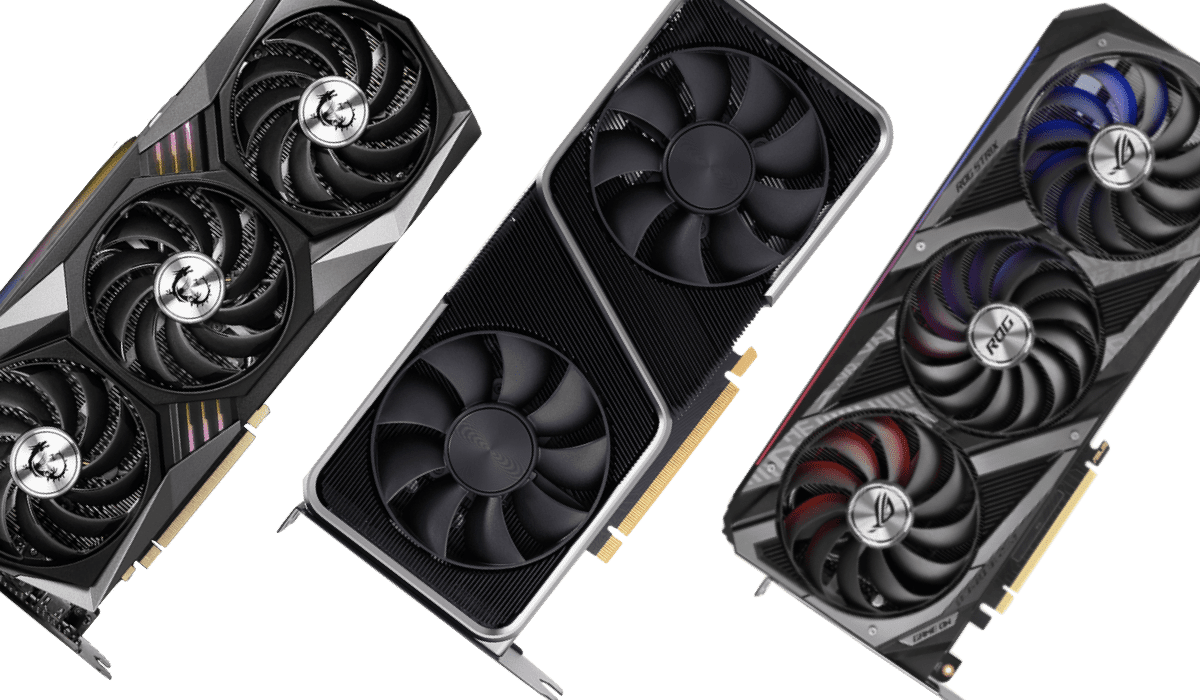 Well, the GeForce RTX 3070 has finally launched and made it out into the wild… Sort of. Nvidia’s Ampere launch has, admittedly, been quite troubled by severe availability issues. Limited stock is usually expected given the nature of new consumer electronics, on top of recent global concerns, but few could have anticipated this much of a drought even in the face of Ampere’s significantly higher demand compared to Turing. The good news for hardcore fans of Team Green is that, with a bit of patience, AMD might have recently helped to alleviate issues with RTX stock thanks to their incredible RDNA 2 reveal. Team Red’s bold claims and testing results still need real world testing with units from the shelves, but things are finally going to start heating up for top-tier graphics cards.

Despite however strong AMD’s Zen 3/RDNA 2 CPU-GPU combo turns out to be, that doesn’t change the fact that there are now two primary choices for 2080 Ti level performance for less than half the price. Regardless of whether features like Smart Access Memory prove effective for gaming in general, AMD still has to contend with builders’ familiarity and brand loyalty. It’s been many years since Radeon GPUs have truly competed for the top spots in games performance and benchmarks, and, there’s no way around this, AMD’s software solutions and driver support have been lackluster compared to Nvidia’s.

Many gamers are likely going to stick with what they know even if they’ve boarded the Zen 3 hype train, and for many good reasons. Chief among them, the RTX 3070. You might point to the RTX 3070 having only 8GB of VRAM compared to the 16GB available for all of AMD’s currently announced 6000 series cards, but you don’t particularly need any more than that if you’re below 4K resolution at max settings, which the vast majority of gamers are.

There’s no denying that builders, at least those not frantically searching for an available Ampere card, face a tough choice this generation; but for gamers determined to fly the Green flag, we’re here to help you determine which 3rd party RTX 3070 is right for your next upgrade.

The RTX 3070 FTW3 Ultra Gaming has entered the arena to carry on the FTW3 flagship legacy for EVGA. Aside from their renowned customer service and warranty support, EVGA has built its reputation on the build quality, performance, and over-engineering of their GPUs, especially with the FTW3 series.

Housing EVGA’s best binned silicon, the FTW3 is aptly named (“for-the-win” with a triple-fan cooler). As is custom with FTW3 cards, the 3070 FTW3 Ultra Gaming has a custom VBIOS and PCB in tandem with a chunky heat sink and triple-fan cooling solution which allow for the additional overclocking headroom. All of these improvements over reference for the FTW3 3070 mean EVGA is able to push the power budget between 300-320W, allowing for even higher boost clocks above the already tuned 1815MHz.

The two most important considerations when it comes to the FTW3 series are cost and your interest in overclocking. If you don’t plan on playing with programs like MSI Afterburner or EVGA’s own Precision X1 to overclock and benchmark your card to get the most performance possible, then you’re much better suited by a Founder’s Edition reference model directly from Nvidia rather than the FTW3, or many other top-tier custom cards. Although, if an extra $120 for one of the most capable RTX 3070s available sounds like a good deal, then the FTW3 Ultra Gaming is a phenomenal choice. If you enjoy testing how you fared in the silicon lottery by seeing how much free performance you can pull from your GPU, especially with liquid (or subzero for competition) cooling, the RTX 3070 FTW3 Ultra Gaming might just be the card you set some records with!

If not for the FTW3’s superior ability to handle more extreme overclocking methods, the Asus ROG Strix RTX 3070 would arguably the best custom RTX 3070 card, but it’ll simply have to settle for being the best overall AIB 😊.

Perhaps not quite able to compete in the extreme overclocking department, the ROG Strix RTX 3070 goes toe-to-toe with the FTW3 in out-of-the-box overclocking features and performance, while also having a slightly higher power target of around 340W. In addition to the Strix’s equally hefty cooling solution compared to EVGA’s, Asus’ design brings a 1755MHz boost clock speed with an impressive amount of headroom to find your most stable OC.

Asus also decided to offer the only RTX 3070s, including the ROG Strix, with more than a single HDMI output, which is a welcome benefit to multi-monitor gamers who have yet to acquire units with DisplayPort inputs. Outside of these quality of life and engineering upgrades, the only potential downside for some builders would be the massive triple-slot design. At 319mm, the ROG Strix 3070 is one of the longest RTX 3070 cards which might lead to compatibility issues with more compact cases or front-mounted radiators for you liquid cooling enthusiasts.

Regardless, Asus may not top the charts for default boost clocks with their premier RTX 3070 entry, but they’ve got one of the sharpest looking and most well-rounded cards, hands down.

Perhaps the primary reason the RTX 3070 may end up being Nvidia’s hottest ticket this generation is the amount of performance 3rd party manufacturers can now pack into much more space-friendly cards. One of the most compact 2080 Ti killers, that also happens to offer some of the best performance as close to MSRP as possible, is the Zotac Gaming RTX 3070 Twin Edge OC.

For $570, even many ITX systems can now enjoy incredible performance in games well into 144Hz+ 1440p or 60Hz 4K resolutions! For a dual-slot/dual-fan card only 232mm in length to reliably boost up to 1755MHz is quite the feat from our friends at Zotac, and one they should be proud of. Considering the exponential growth in popularity of SFF (small form factor) gaming PCs, the Twin Edge OC 3070 might end up being one of the most difficult Ampere cards to get your hands on!

Despite its size, the Twin Edge OC doesn’t skimp in the cooling department with improved fans and direct contact heat pipes which Zotac has dubbed “Ice Storm 2.0.” Whether you’re a fan of shoebox PCs or not, heat kills performance, and the extra attention paid to keeping the RTX 3070 nice and cool is nothing but a boon no matter what case you decide to build in.

Now, you can try your hand at overclocking this little guy even more than Zotac already has with their included Fire Storm software, or programs like MSI Afterburner, but most of the work has already been done before you even open the box. Unless you’re lucky enough to have gotten an ultra-high-quality piece of silicon, don’t be disappointed if you’re not able to get more than a few extra MHz for your trouble. Depending on whether we see smaller Radeon models appear from our favorite add-in board partners, the Zotac Gaming RTX 3070 Twin Edge OC might very well be a given for anyone considering “budget” performance, particularly those looking to build the smallest gaming powerhouse they possibly can.

If you’re looking for a RTX 3070 that not only has exceptional performance, but is able to perform quietly under load, then look no further than MSI’s RTX 3070 Gaming X Trio. This card is the latest generation of MSI’s renowned Gaming X Trio series, and for this latest triple-cooler iteration, it is one of the quietest AIB graphics cards ever benchmarked, matching the RTX 3080 Gaming X Trio for its total noise under pressure, measured at 34 decibels. For reference, the RTX 3070 Gaming X Trio Founders Edition performs 4 DbA higher at 38 decibels, but features a lower factory boost clock and up to 3% increased performance over the FE edition.

It’s important to remember that both Nvidia and AMD are likely to announce even more reasonably priced next-generation GPUs as we pass their Ampere and RDNA 2 launches, respectively, especially with how intense the competition is shaping up to be. But for now, the RTX 3070 series looks to offer legendary 1080p and 1440p games performance to more builders than ever, and more than likely thanks to AMD holding their feet to the fire.

Are you excited for the RTX 3070? Are you waiting to see how it stacks up in the real world against the RX 6800? Let us know your thoughts in the comments section below, and as always, thanks for reading!