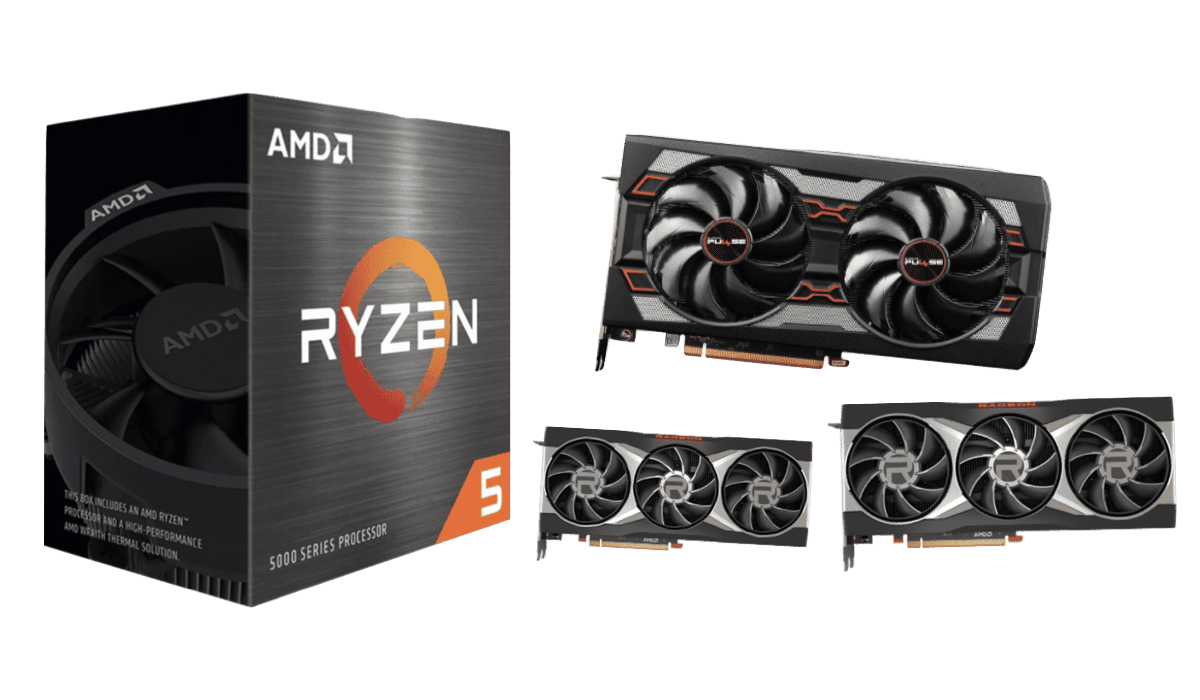 Zen 3 is here, and it’s impressive. So impressive, in fact, that today we’ll be taking a look at potentially the only option builders looking for a pure gaming rig need to consider: the Ryzen 5 5600X.

The 5000 series might be priced a little more generously than Zen 2 was, but when you’ve developed a $300 CPU that beats the $500 i9-10900K, it’s definitely earned. So let’s not waste any more time and take a look at which GPUs pair best with AMD’s new six-core beast!

Nvidia and AMD still haven’t given any info regarding their lower end GPUs for this generation, with the cheapest options coming in at $500 and $580, respectively. Entry-level systems usually target 1080p at 60Hz+, and with the launch of new hardware, the older models are pretty consistently cleared out. So, based on price and availability, the Radeon RX 5600XT is your best bet. For $300, with the potential for big savings thanks to the upcoming holiday sales, the 5600XT is one of the best ways to get the most out of your 1080p display until we have more budget friendly options for the entry-level gamer from this generation of GPUs.

Keep in mind, you won’t be able to take advantage of one of AMD’s strongest features with Smart Access Memory or SAM. SAM is exclusive to combinations of Zen 3 CPUs and RDNA 2 GPUs, and essentially gives your processor complete access to the VRAM on your graphics card for lower latency, and thus improved performance in games. However, the value of the 5600XT is still enough that you needn’t worry about upgrading the second the cheaper GPUs of this generation are announced.

So begins our gauntlet of RDNA 2 GPU recommendations. Due to the aforementioned synergy between Zen 3 and RDNA 2 with AMD’s memory sharing feature (SAM), there’s truly little reason to choose a 3000 Series Ampere card from Nvidia unless you demand the best Ray Tracing performance. Thus, we’re going to outline why you should choose each of the new Radeon cards based on your budget and use case.

To start, we have the Radeon RX 6800. With an MSRP of $580, AMD matches the RTX 3070 in price and performance compared to last generations FPS king, the RTX 2080 Ti. The fact that both companies have cut the price of 2080 Ti level performance in half is cause for much celebration, and means that more people than ever have the opportunity to experience 240Hz 1080p and 144Hz 1440p in all their glory. We can grimace all day about the rising cost of “mid-range” performers but should at least appreciate the benefits of competition and understand the value of the performance our hardware provides us. It wasn’t too long ago that gamers were clamoring for reliable and affordable 1080p performance beyond 120Hz, and now some of the cheapest possible builds can dominate the entire gamut of popular benchmarking titles at max settings!

The $650 Radeon RX 6800XT is roughly the equivalent of AMD’s Zen 3 Ryzen 7 5800X. Sitting in the middle of their respective product stacks, each offers true next-generation performance upgrades over 10th Gen Comet Lake, Nvidia Turing, RDNA, and Zen 2 for prices that may shock most builders who’ve held off on upgrading thus far. We mentioned that even the 6800 beats out the former gaming GPU champion, the 2080 Ti. Well, the 6800XT manages to impress even more for only an additional $70 (which translates to roughly $11 per 100 additional GPU cores over the 6800).

AMD’s experience in developing the Zen architecture must have lent itself incredibly well to their Radeon division, because the RDNA 2 GPUs are significantly better than last generation. Clock speeds up to 2.25GHz are surprising, and when utilizing features like SAM, the $700 RTX 3080 is much harder to justify for raw FPS performance despite having stronger Ray Tracing support. Regardless, the fact remains that the RX 6800XT is more than enough for most gamers to experience performance in games like they never have before, and for a price that won’t make you question whether PC gaming is even “worth it.” 😊

With their final RDNA 2 entry, AMD has finally crashed the top end of the GPU market again: the Radeon RX 6900XT. This GPU was AMD’s “mic drop” during the RDNA 2 reveal, and for good reason. The 6900XT is set to directly compete with Nvidia’s RTX 3090 for a $500 discount. Ray Tracing performance and VRAM aside, raw FPS in games up to 4K has smashed all expectations when paired with a Zen 3 CPU, with 120Hz+ performance in multiple titles with SAM enabled.

While still uncommon for the average gamer, AMD may be looking to change things by offering builders a much more reasonable entry point to high refresh 4K gaming compared to Nvidia. Especially considering that the 6900XT seems to be primarily focused on gaming, when the RTX 3090 is basically a workstation graphics card that also happens to crush gaming performance.

$1000 for a GPU is still asking quite a lot for most gamers, as relatively few are FPS snobs who demand every last frame in the games they play, and fewer still deem 4K worth gaming on. However, at this point we’ve been desensitized to the ultra-high price tags that have accompanied top-tier PC hardware over the last several years, and the 6900XT seems like a steal by comparison.

Even though we’ve finally arrived at the release windows for AMD’s next-gen PC hardware, we’re still in a weird spot overall. Intel’s Rocket Lake purportedly offers an impressive IPC upgrade over 10th Gen Comet Lake and may very well reclaim the gaming crown from Zen 3. Nvidia and AMD have still yet to release their more palatable next-gen GPUs for budget gamers, and Team Green may even have a complete rework (or new products) in store for Ampere.

Although, in the face of all this uncertainty, one thing is clear: RDNA 2 and Zen 3 are a strong enough combo to alleviate most of the buyer’s remorse you may face should you choose to upgrade now. Due to the nature of electronics, buyer’s remorse is unavoidable, but AMD has at least made sure it won’t be so bad!