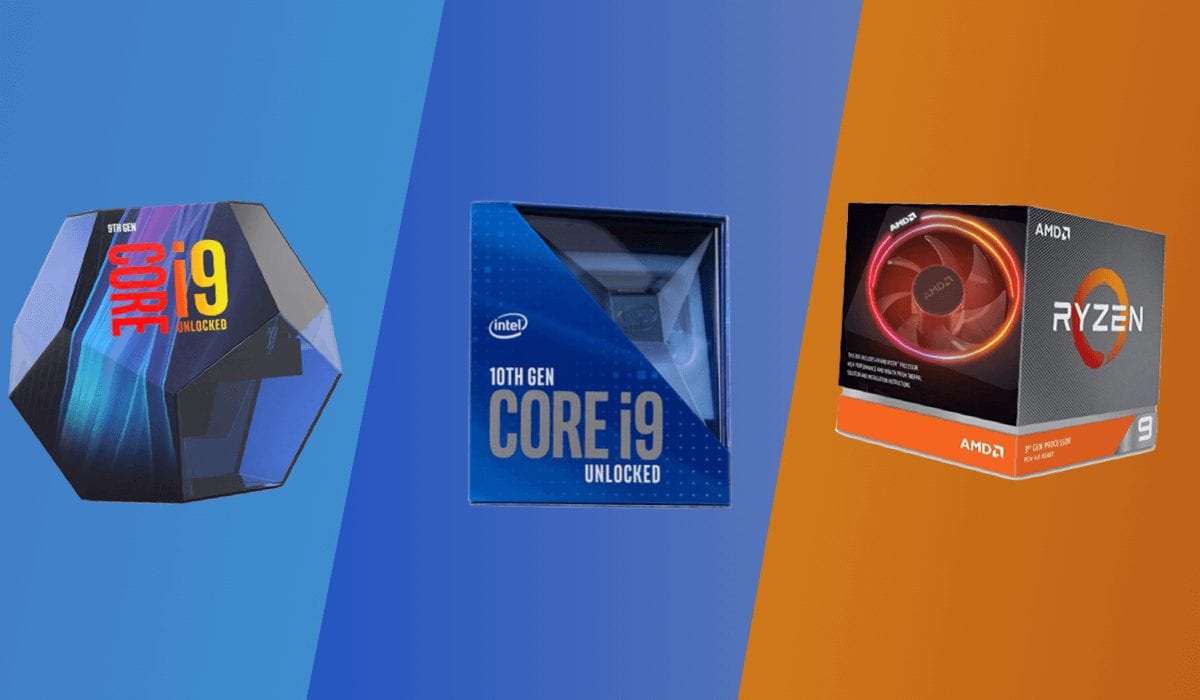 With the new Intel, 10th generation, CPUs set to launch toward the end of the second quarter of 2020, there are several new upgrades and features that are worth checking before committing to a new build which integrates these CPUs. For the overall upgrades and changes that the 10th generation brings to all of its CPUs, check our relative article, as it has lots of useful information that will be relevant here.

So, taking into account what is said about the general launch of the 10th generation Intel Core processors, let’s take a deeper look into the specifics; and what better way to start off than the flagship processor in Intel’s lineup: The i9-10900K. The main questions we will be looking into include: How does this processor fare against the previous generation? Is it worth upgrading the i9-9900K to the i9-10900K? Is the i9-10900K better than the equivalently priced Ryzen 9 3900X? Let’s take a look.

The Intel i9-10900K features 10 cores and 20 threads, with an L3 Cache of 20 MB and an operating speed of 3.7 GHz – with the ability to reach up to 5.3 GHz with either single core overclocking, or with the use of Intel’s Thermal Velocity Boost Frequency – whereas with the use of Intel Turbo Boost Max 3.0, multiple cores can reach up to 5.2 GHz frequencies. This CPU has a TDP of 125 W, though the TDP can be throttled down to 95 W, which will also throttle operating speeds to 3.3 GHz, via Intel’s “Configurable TDP-Down”. In terms of RAM, it can support a memory size of 128 GBs, with a memory type of DDR4 at 2933 MHz base speeds, and a max memory bandwidth of 45.8 GB/s.  The Intel i9-10900K has an RCP (recommended customer price) of $488, though according to Intel this is for typical purchases of around 1000 units, so the RRP will be (significantly) higher.

In comparison, the Intel i9-9900K features 8 cores and 12 threads, with an L3 Cache of 16 MB, and reaches operating speeds of 3.6 GHz, while single-core overclocking frequencies can reach up to 5 GHz. In terms of energy consumption, it operates at a TDP of 95W.  For memory specifications, this processor can also hold up to 128 GB, using a DDR4 memory type with up to 2666 MHz base speeds and a max memory bandwidth of 41.6 GB/s.  The Intel i9-9900K currently sells for $529.

To put this all into perspective, let’s compare both options with the specifications of the similarly priced (though still cheaper) AMD Ryzen 9 3900X. This Zen2 processor has 12 cores and 24 threads, an L3 Cache of 64 MB, a 7 nm architecture (vs the 14 nm architecture of Intel 9th and 10th gen CPUs), operating speeds of 3.8 GHz and a max, single core, boost clock of 4.6 GHz. It has a TDP of 105 W, is PCI Express 4.0 compatible, and includes a Wraith Prism CPU cooler with its purchase. In regards to RAM, it supports DDR4 RAM with base speeds of up to 3200 MHz. The AMD Ryzen 9 3900X currently sells for $435.

Though it is easy to see how the AMD Ryzen 9 3900X has the superior specifications in regards to almost every aspect (minus the max overclock speeds), there are more factors to be taken into account rather than just the specifications. Probably the most important factor is the actual intended use of the end user’s PC build, of which we will delve into deeper now.

For dedicated gamers that enjoy triple-A games at high resolutions and framerates, the two Intel CPU options have more than enough cores, threads, and cache storage. The Intel i9-9900K is currently the fastest gaming CPU, and that title should be transferred to the i9-10900K later in the second quarter of 2020.

But is it worth it to upgrade from the i9-9900K to the i9-10900K? Definitely not. Having to purchase a new CPU, and a new motherboard, for such trivial and nominal upgrades for dedicated gaming applications would surely be a waste. That brings up yet another question for those who are looking to build a new PC setup, or upgrade to the new Intel 10th generation CPUs: Is the i9-10900K worth it for a dedicated gaming build?

It is not difficult to argue that it is not worth it for its price. Seeing as how Intel now has a new 8 core 16 thread option in the i7-10700K, whereas the only 9th gen CPU with that core and thread count was the i9-9900K, the i7-10700K would be the most optimal choice for its price for gaming. The upcoming new generation Xbox Series X and Playstation 5 consoles will both feature 8 core and 16 thread CPUs, so these specifications are safe enough for the next several years to come for gaming.

But what if one wants to game and do production work on the side, such as picture or video editing? Well, then it depends on the level of production editing. If it is simple editing of streaming or YouTube videos, then the i9-9900K or i7-10700K will work just fine. The i9-10900K is slightly better than these options in rendering speeds, due to its additional cores, threads, and increased speeds, but then again the AMD Ryzen 9 3900X is superior in this regard to all three aforementioned options, as it has more cores, more threads, faster multicore speeds, has PCIe 4.0 compatibility, and it even comes at a cheaper price.

In the end, the new Intel i9-10900K processor will mostly be useful for those that make serious use of the overclocking capabilities of their CPU, and those who take advantage of high, single core speeds. The i9-10900K does give additional options in regards to overclocking, including new features like the Intel Turbo Boost Max Technology 3.0, which are lacking from both the previous generation of Intel processors, and the competing 3rd generation AMD Ryzen CPUs. It could also be useful for those who desire the bragging rights of claiming they have “the fastest gaming CPU” available.

To summarize, if you’re looking for gaming alone, then the Intel i9-9900K would be the best option, with few-to-none overkill specifications. If you’re looking to game, stream, produce videos on the side, and love overclocking, then the i9-10900K is for you – given that you are not upgrading from an i9-9900K, as it would not be worth the cost of the new processor in addition to a Z490 motherboard. Finally, if you enjoy gaming at a reasonable frame-rate and resolution (in other words not feeling the need to max out benchmarks), and also intend to use your PC for work, then the Ryzen 9 3900X is the superior of the three CPUs… by far.