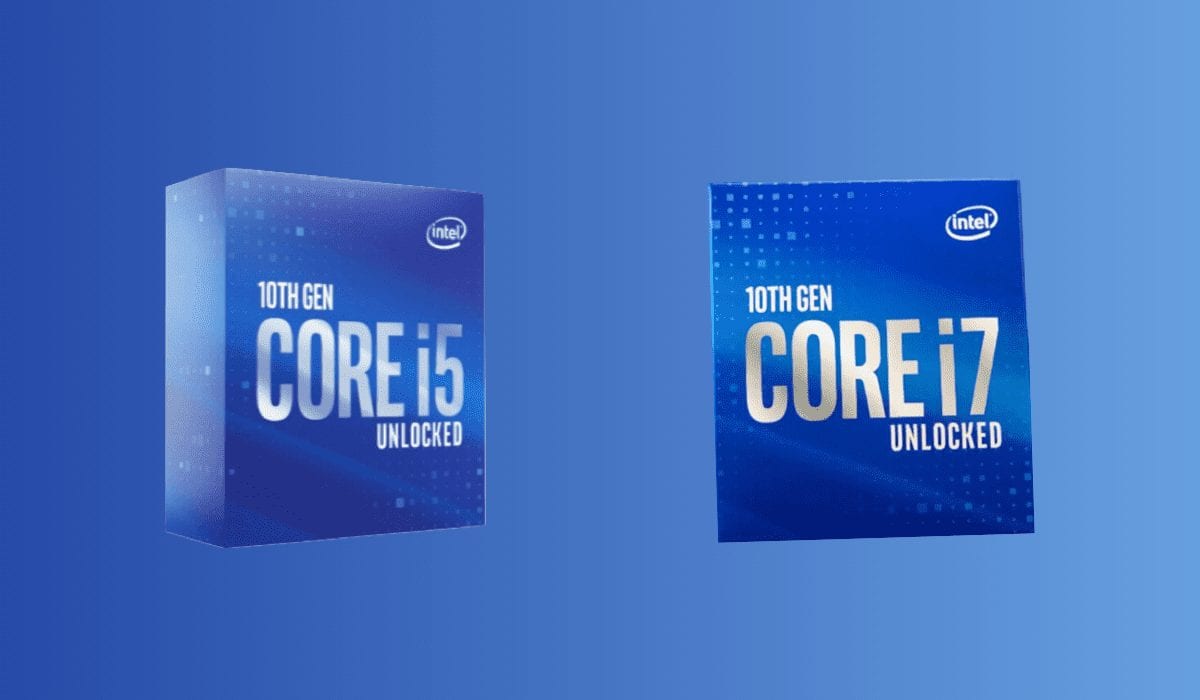 What more exciting than building a brand-new computer that will provide you with hours and hours of future gaming enjoyment? And with Intel just having released their most powerful gaming CPUs yet, now is the perfect time to build a PC that will fulfill all your gaming needs.

Naturally, you want to get the most out of the hard-earned money that you’ll be investing in the setup, so planning the composition of hardware is of utmost importance. Having hardware components that complement each other, thus avoiding any bottlenecking issues, will allow for a harmonious synergy of digital processing power that will bring your games to life. To work best with the i5-10600K or i7-10700K Intel CPUs, we’d first recommend going for a minimum of 16 GB of 3000-3200 MHz RAM that have a CAS of 15 or lower. Do note that RAM bottlenecking, although rare, does occur, and is what allows a processor like the i5-10600K to outperform the i9-10900K in a gaming benchmark – as proven by the Gamers Nexus YouTube channel. If you plan on streaming, 32 GBs would become the minimum RAM amount. Next, one to two TB of an M.2 NVMe PCIe 3.0 SSD would be best, though it would depend on your storage needs of course. For the best GPUs and CPU coolers for the 10600K and 10700K., we’ve got some great articles that have been specifically written for 10th generation Intel CPUs, so do make sure to give them a look.

The question now becomes: which CPU would be best for gaming? Is the i5-10600K(F) the most efficient 10th gen CPU, or is the i7-10700K worth its extra cost? Well, there are certain parameters we need to take into account depending on your preferences and needs. Such parameters include what type of gaming is the PC meant to run? Will it run AAA gaming titles or will it run competitive online multiplayers? Also, at what resolution and framerate do you enjoy when gaming? Obviously, the higher the better, but some people are content with 1080p and 60 FPS, while others will want a minimum of 1440p or 120 FPS. Therefore, we will first compare the two CPUs in terms of specifications and then list which the better option is, depending on the type of gaming they are to be used for, in order to help you choose the right processor for your needs.

The 10th generation Core i5-10600K features a six-core and twelve-thread build, making it the first i5 series Intel CPU with hyperthreading capabilities. It has a 12 MB level three cache and can support RAM speeds of DDR4 2666 MHz, with a maximum memory bandwidth of 41.6 GB/s. This CPU has an impressive 4.1 GHz base operating frequency, that can be overclocked to 4.8 GHz. Its thermal design power is on the higher scale, with a TDP of 125W that can be lowered down to 95W with Intel’s 10th generation feature named “Configurable TDP-down”; though using this feature will throttle the CPU’s operating frequency from 4.1 GHz to 3.8 GHz. The TDP is not the only aspect that is higher than expected for this CPU, as its price is currently listed at $299.

The upper-mid-range Core i7-10700K is equipped with 8 cores and 16 threads, also being the first of the i7 series to have hyperthreading capabilities. It has an L3 cache of 16 MB and supports up to 128 GB of 2933 MHz RAM with a maximum memory bandwidth of 45.8 GB/s. This 10th generation i7 features a 14nm lithography and operates at a frequency of 3.8 GHz, that can be overclocked to 5.1 GHz. The i7-10700K also features Intel’s Turbo Boost Max Technology 3.0 (which the i5-10600K lacks) and allows you to boost the fastest binned CPU cores via a scheduler that prioritizes them in order to increase their operating frequencies. With this feature, overclocking enthusiasts will have a new level of control over the overclocking process that can actually be useful in practical applications. The TDP of this processor is similar to the i5-10600K at 125W, which can be reduced to 95W if the operating frequency is brought down to 3.5 GHz. Overall, this CPU is like a slightly more powerful version of the 9th generation i9-9900K, though it comes at a similar (and in some cases even more expensive) price point. The i7-10700K is currently priced at $544, though this might be due to the lack of available units. The price should normally range at around $430-$450, which is still quite steep.

The question then is, is the i7-10700K worth the extra $130-$244 versus the i5-10600K? Specification wise, both CPUs have the same 14nm lithography and TDPs. The i5-10600K lacks two cores and four threads, as well as four MBs of level three cache. It does have a faster base operating frequency of 4.1 GHz, versus the 3.6 GHz of the i7, though it can theoretically only boost to 4.8 GHz, versus the 5.1 GHz of the i7. With Intel’s Turbo Boost Max Technology 3.0, the i7 is definitely worth the extra cost for those who look forward to overclocking their CPU regularly, though for gaming it really does depend. It must be noted that both CPUs do not come with a CPU cooler, and both have an LGA1200 chipset, so they will require new Z490 motherboards as well.

If you are looking to purchase the 10th generation i5 or i7 CPUs for the current generation of AAA titles, or for online multiplayer competitive games such as Counter Strike: Global Offensive, Call of Duty: Warzone, or Dota 2, then the Core i5-10600K is best for your needs.

The current generation of games will rarely use more than four cores and eight threads, and thus the i7-10700K is slightly overkill. It is best to use the money that you would be saving from the purchase to get a better GPU, as the graphical processor is currently the component which will provide the biggest upgrade in terms of an increase of framerate. Benchmarks from Gamer’s Nexus for both the i5-10600K and the i7-10700K show us that the difference in framerate between the two CPUs for current generation games like Shadow of the Tomb Raider and Red Dead Redemption 2 has a difference between 1 and 4 FPS; a divergence which is ultimately negligible. Further benchmarks for the i5-10600K show that this CPU can handle current generation games, even at 1440p, at above 150 FPS. Hence, this CPU will more than suffice for both recently released single-player game, as well as for less demanding competitive multiplayers.

Well, not exactly. The games that will be released for these consoles are unlikely to make full use of the CPU capabilities, especially within the first few years of their launch. Even when next-gen games do reach the point of being able to fully make use of the 8-core 16-thread build of these consoles, the i5-10600K would still be able to play them at high enough framerates, depending of course on the GPU.

That being said, if you are looking to future-proof your PC, and would like to play even the most demanding next-generation games at high resolutions and frame-rates, the i7-10700K is the safest option. It has the same core and thread count with the next-gen consoles but will be more powerful for dedicated gaming as Intel CPUs tend to fare better than their AMD counterparts in that regard.

Therefore, if you don’t mind upgrading your i5-10600K somewhere 2-3 years along the line (at minimum), then the i5-10600K is still the better option. If you are looking to make a purchase to last you until even further down the line, then the i7-10700K is the safer bet.

The i5-10600K, despite being slightly on the more expensive side for its specifications, is still one of the best CPUs for gaming, as it provides the baseline requirements without surpassing them unnecessarily. The i7-10700K, though easily the better option for those looking to overclock regularly, is still held behind by the technological advancements of game developing and is therefore overpriced for the advantages it holds over the i5-10600K – especially at it’s current $544 price tag. For $299, the Intel i5-10600K appears to be a much more suitable option for all levels of current gaming builds. If you are looking to multitask on your setup, in other words, if you plan to make use of other applications like streaming or content creation, then the Core i7-10700K would be the more optimal choice.