Western Digital Black SN750 vs Black SN850: What are the Differences? 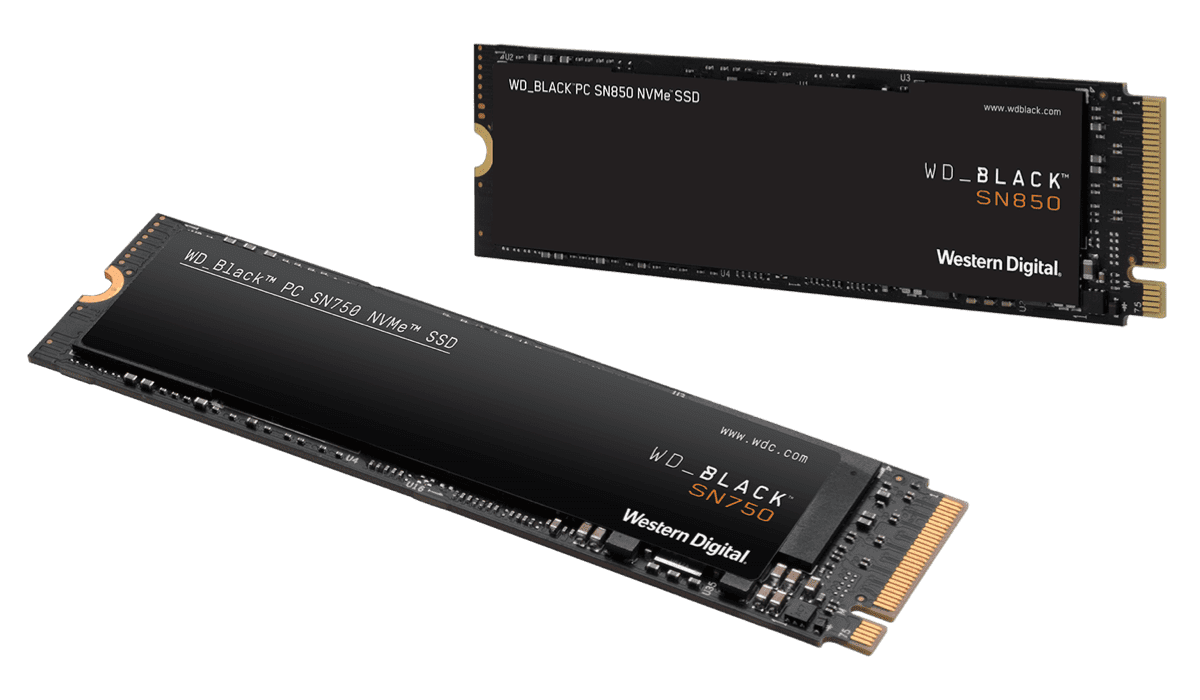 Western Digital is a respected and reliable storage-drive manufacturer that has been operating for nearly 50 years now; and their commitment to quality has been consistent to this today, as seen with their newer generation NVMe SSDs, the latest of which being the Black SN850. This SSD has been receiving praise from both users and critics alike, and for good reason. It rivals some of the best PCIe 4.0 M.2 drives, including Samsung’s 980 Pro.

But it is not just their newer products that has been gaining traction, as their PCIe gen 3 models, like the Black SN750, are just as worthy – especially as their prices continue to drop and become more affordable. The Black SN750 is a time tested SSD that combines high-end last-generation performance, together with an excellent price.

Of course, it can be argued that third-generation PCIe lanes are on their way out, as now Intel too is providing support for gen 4 with their new 11th generation Rocket Lake-S processor and Z590 motherboards. However, these next-generation PCIe 4.0 lanes do have backwards compatibility, so older 3rd gen SSDs will not become obsolete.

Now, if you too are wondering if PCIe 4.0 drives are worth their increased price – or if it’s worth settling for a previous generation equivalent in order to save money – then this article will help you come to a conclusion, as we analyze all facets of Western Digital’s two higher-end models – the Black SN750 and Black SN850 – and reach a verdict on whether or not you should buy a PCIe 4.0 compatible SSD now, or wait until their prices drop.

The fourth-generation lanes double the performance of their predecessors, as they are capable of 16 GB/s data rates, versus the 8 GB/s of gen 3.

Accordingly, we do see a huge gap in the manufacturer provided specifications of the SN750 and SN850, as the latter nearly doubles the former in almost every performance aspect, bar the 4KB random write speeds. Of course, this new technology is still progressing, so the theoretical performance provided by Western Digital may not be reflected in the real-world benchmarks.

In terms of reliability, both models have an excellent mean time to failure (MTTF) of 1.75 million hours, and a Terabyte Written cap between 200 to 2,400 TBW, depending on the storage size. Both options also include Western Digital’s 5-year limited warranty.

Let’s now check the real-world benchmarks, and see whether or not the Black SN850 earns this substantial cost differential.

As is to be expected by Western Digital, both SSDs perform remarkably well, reaching – and even surpassing – their manufacturer specifications in various aspects of testing.

The Black SN850 outperforms the Black SN750 in peak sequential read speed by 116%, and in peak sequential write speed by 82%. Of course, these metrics drop significantly in real world applications, but the Black SN850 still does show a 66.5% and 58.7% faster sequential read and write speeds during real world applications: like reading a 15 GB movie file, or transferring a 100 GB dataset. A difference in gaming load times also exists, though it is less than a second’s worth (9% faster).

Where the Black SN850 shows its value is the PCMark 10 Full System score, where it earns 126% more points than the Black SN750. PCMark 10 is a trace-based benchmark that simulates a plethora of popular consumer applications, including gaming, browsing, and editing tasks. The Black SN850 also achieved a 50% higher score in the SPECworkstation 3 benchmarks, which are meant to stress test the drive via the use of traces found in professional applications.

Given its performance, the WD Black SN850 is also far more energy efficient than its predecessor, as it transfers 314 megabytes per watt expended – versus the 215 megabytes of the WD Black SN750.

The WD Black SN850 does deliver in its promise to of almost double the speed of its previous generation counterpart, so is it worth its higher price tag?

Well, it depends. If you use your PC solely for gaming, you will hardly notice a difference between the two SSDs. A storage drive can only load gaming applications so fast, which is apparent in the fact that there has been little progress in this aspect over the past years. Older SATA III SSDs will perform similarly to new PCIe 4.0 generation storage drives when it comes to loading games, and even the $2,000 Intel Optane 905p will only cut about a second’s worth of loading times.

That being said, if you use your PC for more than just gaming, and need a drive that can handle photo, video, or audio editing – and even 3D content creation – then the Black SN850 is definitely worth its additional cost, especially for the 1 TB and 2 TB versions. Will their prices eventually drop? Certainly. But if you need a high-end SSD now, the Black SN850 provide top of the line performance at a respectable price.