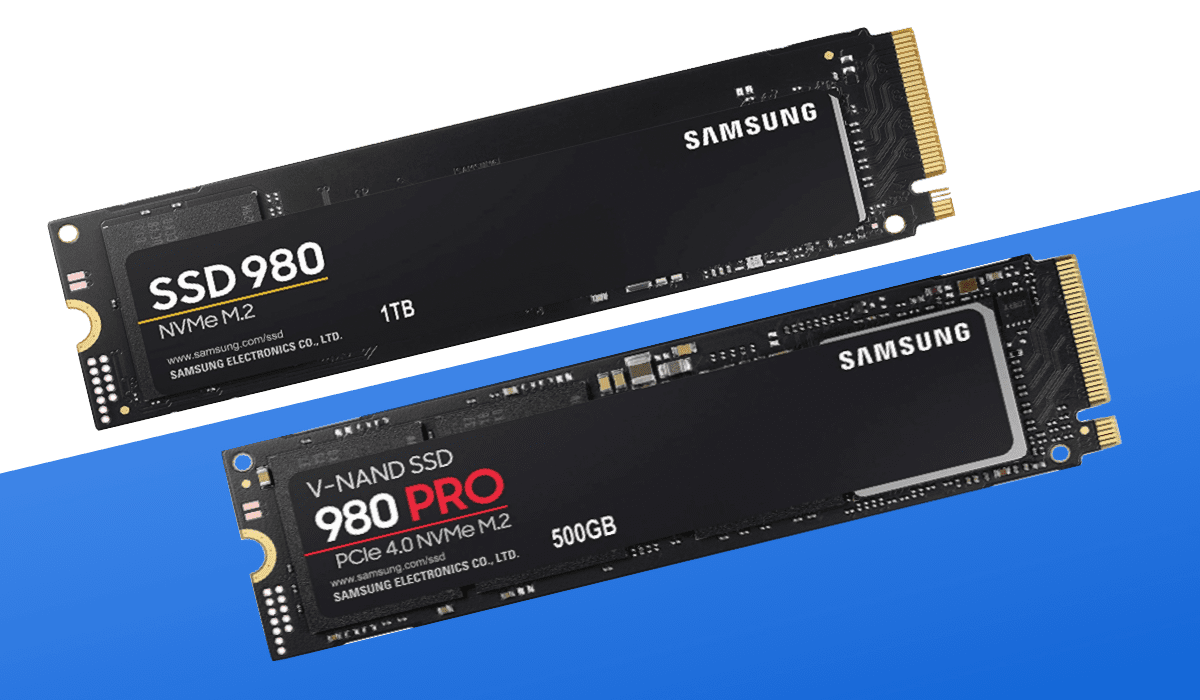 While PCIe 4.0 compatible SSDs are not just gaining steam, but are even dropping in price, Intel – and now Samsung – have recently announced the release of a brand-new NVMe SSD… with a PCIe 3.0 bus type.

Of course, PCIe Gen 3 SSDs are still quite popular, especially given the recent price drops that have put them within an almost identical cost-range to their SATA III SSD equivalents. Given that PCIe 4.0 storage drives still need a couple of years to reach a cost that is comparable to today’s PCIe 3.0 storage drives, there are many potential customers that hard drive manufacturers can attract with this previous generation PCI Express lane technology.

The new Samsung SSD model that just released is the Samsung 980. This SSD is absent of any DRAM, while it makes use of the new Samsung in-house Pablo controller, a higher-end 128-layer 3D TLC NAND flash type, and Samsung’s new and improved Intelligent TurboWrite 2.0: a feature that enhances sustained transfer speed performance by using a larger, dynamic, SLC (Single-Level Cell) buffer storage within the SSDs architecture.

So how does the Samsung 980 compare with Samsung’s own higher-end PCIe 4.0 compatible SSD, the Samsung 980 Pro? Is the latter model worth the extra investment? Let’s check their specifications and real-world benchmarks and see whether or not this newly released hard drive is a worthy purchase.

The Samsung 980 Pro includes a 2 TB storage size, missing from the 980, and its sequential read speeds are at least double that of its PCIe Gen 3 cousin. Sequential write speeds are also faster, with the difference ranging from 66% to 107%, depending on the storage size. Its 4K random read and write speeds also seem to prove PCIe 4.0’s promise of double throughput, surpassing the 980’s advertised metrics by up to 118%.

The V-NAND flash type and endurance levels are identical for both models, and though the 150 to 600 Terabytes Written (TBW) values are more than enough for an SSD marketed for everyday PC builds and gamers, these metrics may be insufficient for higher-end workstation setups that transfer large amounts of files on a daily basis – and this is the key demographic of the more expensive Samsung 980 Pro model. Both 980 and 980 Pro are backed by Samsung’s 5-year warranty.

Testing does prove that the peak sequential read and write speeds of the 980 Pro can double the speeds of even some of the best PCIe Gen 3 compatible SSDs the market has to offer, including the Samsung 980. Of course, when it comes to real world applications, the differences are not as impressive, though the Samsung 980 Pro still outperforms the 980 by upwards of 46% to 57%.

Peak 4K random read and write speeds is where the 980 Pro disappoints, only reaching 50% to 60% of its promised advertised specifications. It is here that it only leads the Samsung 980 by 21% and 25% respectively. Also, when it comes to gaming applications, the difference in loading times is only 3%; which is to be expected to some degree, as even SATA III SSDs have been show to rival, or even surpass, the speeds of NVMe storage drives in this matter.

When it comes to trace-based benchmark applications, like PCMark 10, the Samsung 980 Pro proves to be the more responsive hard drive, but not by a significant margin. The PCMark10 Quick System score, which is meant to simulate more common, less hardware-intensive, applications, and the Full System score, which is used to rate performance for higher-end usage, show the Samsung 980 Pro outscoring the 980 by 18% for the former, but only by 9% for the latter.

For the vast majority of users – including those looking for an SSD for browsing, general productivity, content creation, or gaming – the Samsung 980 Pro still does not justify its price versus other, cheaper, PCIe 3.0 bus-type storage drives. The Samsung 980, on the other hand, provides great overall value, as it has respectable transfer speeds and it proves to be very responsive for all types of applications.

Of course, both these Samsung models do have some serious competition for their respective targeted audience, like the Sabrent Rocket or the ADATA XPG SX8200 Pro for the Samsung 980, and the Western Digital Black SN850 or the Sabrent Rocket 4 Plus for the Samsung 980 Pro, but they are still both respectable options that come with the quality and reliability that Samsung is known for when it comes to their SSD storage options.