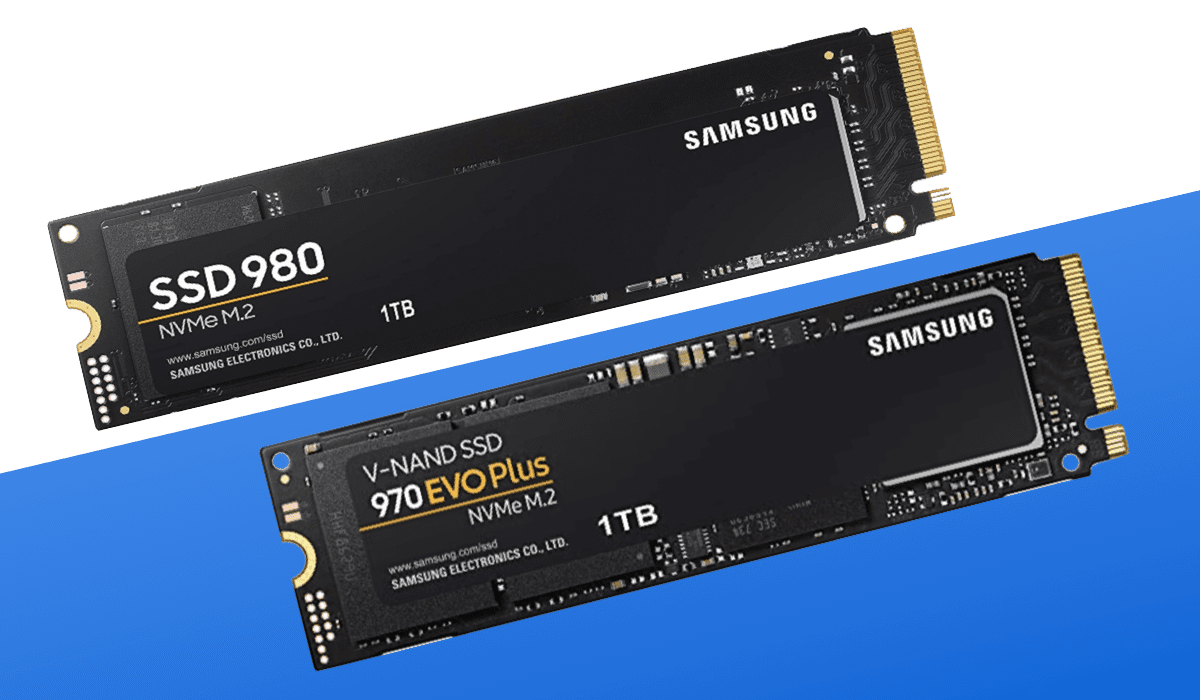 Surprisingly enough, Samsung recently released a brand-new PCIe generation 3.0 NVMe SSD, named the Samsung 980. This storage drive is marketed for home PC users, as well as for general productivity and gaming. It features a no-DRAM design, a newer Samsung Pablo controller, and a two-plane, 128-layer, V6 V-NAND TLC; similar to the one found in their high-end PCIe 4.0 Samsung 980 Pro model.

Given that third generation PCIe lanes are on their way out – as Intel is also set to provide PCIe 4.0 support with their soon to be released Comet Lake-S CPUs – at first glance it does seem quite strange that companies are still releasing new SSD models (Intel also just came out with the 670p NVMe SSD), especially given the fact that the market is already oversaturated with PCIe 3.0 storage drives.

So how does the Samsung 980 compare to other, equivalent, Gen 3 PCIe Samsung models, like the popular Samsung 970 EVO Plus? The 980, at launch, does have a cheaper price tag than the 970 EVO Plus, but does it display enough value to be preferred over its predecessors?

To find out, we will compare the advertised specifications, as well as real-world benchmarks for both these models, in order to reach a verdict on which storage drive better deserves a spot in your build.

Endurance ratings are identical, with both models featuring a respectable 150, 300, and 600 Terabyte Written (TBW) value; going from lower to higher storage sizes. All variants are backed by Samsung’s 5-year warranty.

One more thing to mention is that the Samsung 980 comes with an upgraded Intelligent TurboWrite 2.0 feature, which provides enhanced sustained performance by a larger, and dynamic, SLC (Single-Level Cell) buffer storage area inside the SSD.

To see how well this feature, together with the upgraded 128-layer TLC, fare against the Samsung 970 EVO Plus’s setup, let’s move on to compare their real-world benchmarks.

Peak sequential read speeds are just about identical, though the 980 does fall behind in peak sequential write speed by 18%. This advantage, however, drops down to just 1.5% when it comes to real world applications; like performing a 50 GB transfer of files. The 970 EVO Plus and the 980 trade blows in 4K random read and write speeds, with the 980 performing 8% better in the former metric, while the 970 EVO Plus is 21% faster in the latter.

When it comes to the drive’s responsiveness, when running common applications, the 980 reigns supreme over the 970 EVO Plus, and it does so by a significant margin. The results for the PCMark 10 trace-test show the 980 scoring a whopping 77% higher result in the Quick System test – meant to simulate commonly used browsing and productivity applications, including games – while it also scored 47% higher in the more demanding Full System test, as well.

One last thing to mention is that the Samsung 980 is a far more energy efficient SSD, consuming 24% less power on average when compared to the 970 EVO Plus.

So, is the 970 EVO Plus worth its 24% higher price tag, versus the new Samsung 980? Not quite. The Samsung 980 proves to be far more responsive, in regards to processing applications, even if it falls slightly behind (less than 10%) in real-world sequential read and write speed metrics.

Of course, it must be mentioned, that in the $130 price range that the Samsung 980 launched, there are several other options that perform equally, or even better than the 980 – like the ADATA XPG SX8200 Pro, or even the Sabrent Rocket (at least when it comes to PCMark10 Quick System scores). For a DRAMless SSD, the Samsung 980 is quite expensive; but if its price does drop – as it inevitably will, since PCIe 4.0 SSDs are also becoming more affordable – it is a great storage unit with a well-balanced level of overall performance, and the quality and reliability that all SSDs with Samsung’s name include.

If the choice is to be made strictly between the Samsung 980 and the 970 EVO Plus, the 980 is the superior SSD model.