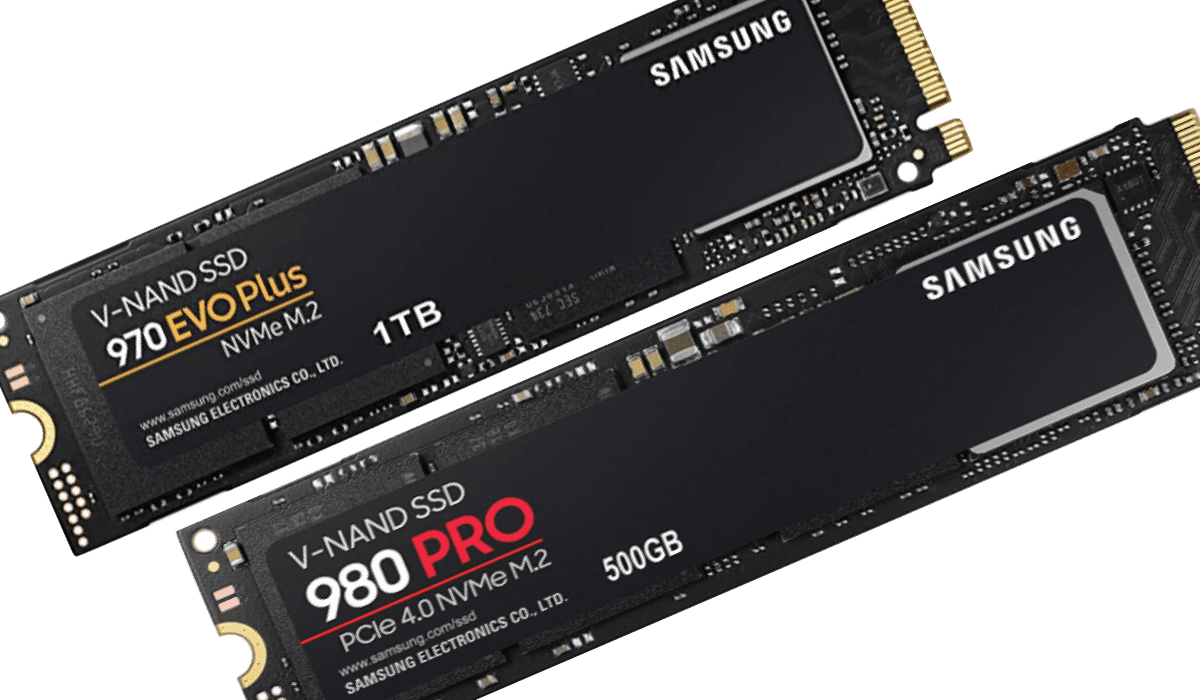 The third generation of PCI Express lanes is just about ready to be replaced, now that Intel will also begin to provide support for the newer fourth generation PCIe interface; something that AMD has done with since the launch of their Zen 2 Ryzen 3000 Series processors.

Because this transition is taking place, we see that PCIe 3.0 SSDs have been given a sizeable price decrease from their initial manufacturer-suggested retail prices. Add to this the fact that PCIe 4.0 lanes are backwards compatible – meaning you can plug in a 3rd generation SSD and it will still work just fine, just at slower than PCIe Gen4 speeds – and these SSDs are still a great investment to make. But the real question is, are the Gen4 PCIe SSDs currently worth their extra cost?

One of the most popular, and reliable, SSD manufacturers, that has proven itself time and time again, is Samsung, as their hard drives provide high-end performance that is many times unrivaled by their competitors. Now, if you are wondering whether or not you should opt for a 3rd generation PCIe SSD, wait for the prices of their 4th generation counterparts to drop, or just invest in the latter now, one of the best comparisons to make is between Samsung’s 970 EVO Plus and their new 980 Pro model.

To find out which option provides better value for its cost, we will compare their advertised specifications, as well as real-world benchmarks results, and, in-turn, determine which is the smarter choice for the current state of the market.

Comparing their manufacturer given metrics, we do see a sequential read speed advantage for the Samsung 980 Pro that reaches 83% for the 250 GB model, 97% for the 500 GB variant, and 100% for the other two options – which is in line with the double-throughput performance that the new generation of PCIe lanes can achieve. Of course, it must be noted that these Gen 4 NVMe SSDs are still relatively early into the lifespan of PCIe Gen4, so a performance increase should come as time goes by. In terms of sequential write speeds, we see a slightly less impressive lead for the 980 Pro, ranging from 17% to 56%. Finally, for 4KB random read and write speed there is a difference that ranges from 66% to 100%, and 9% to 81% respectively.

Both the 970 EVO Plus and the 980 Pro have identical TBW (Terabytes Written) values – meaning they are equally durable – and both are also backed by Samsung’s 5-year warranty.

And, indeed, tests do prove the Samsung 980 Pro to be the superior SSD, when compared to the 970 EVO Plus, in every aspect tested. A 60% faster average sequential read speed, a 72% faster average sequential write speed, and 3% to 31% faster peak 4K random write and read speeds respectively. What does this mean in terms of real-world performance? Well, the Samsung 980 Pro has a 60% higher PC Mark 10 Full System score, and this benchmark is meant to simulate applications that range from web browsing, to gaming, and even video editing. For more demanding professional applications, we have the SPECworkstation 3 scores, which the 980 Pro outperforms the 970 EVO Plus by more than 48%. Of course, for gaming loading times the difference is far less impressive, with the 980 Pro loading Final Fantasy XIV’s benchmark by just 0.21 seconds faster (a 2% difference) – but this is to be expected, as even SATA III SSDs can outperform NVMe drives in this regard.

Depending on the type of settings you are looking to build, either option can be a good fit. Overall, for its price, the Samsung 980 Pro is the superior SSD – especially for its 1 TB and 2 TB variants – but, for many, this model may be overkill. For a dedicated gaming PC, for example, the differences will hardly be noticeable, though this can also be argued for switching between a SATA III and an NVMe SSDs as well. That is not to say that no difference will be noticed, just not to the point of warranting the purchase of a $200+ storage drive. Even the price of the Samsung 970 EVO Plus is quite high for its performance, especially when comparing it to other options like ADATA’s XPG SX8200 Pro. Additionally, the Samsung 980 Pro also has its own competition, in the form of the Western Digital SN850 and the Sabrent Rocket 4 Plus; comparisons for which you can find in the hyperlinks.

All in all, does the Samsung 980 Pro deliver performance equal to its price, when compared to the Samsung 970 EVO Plus? The answer is yes, it does. But whether or not you need that extra performance will depend on what you are looking for from your PC, and it is always smarter to pay only for what you need.