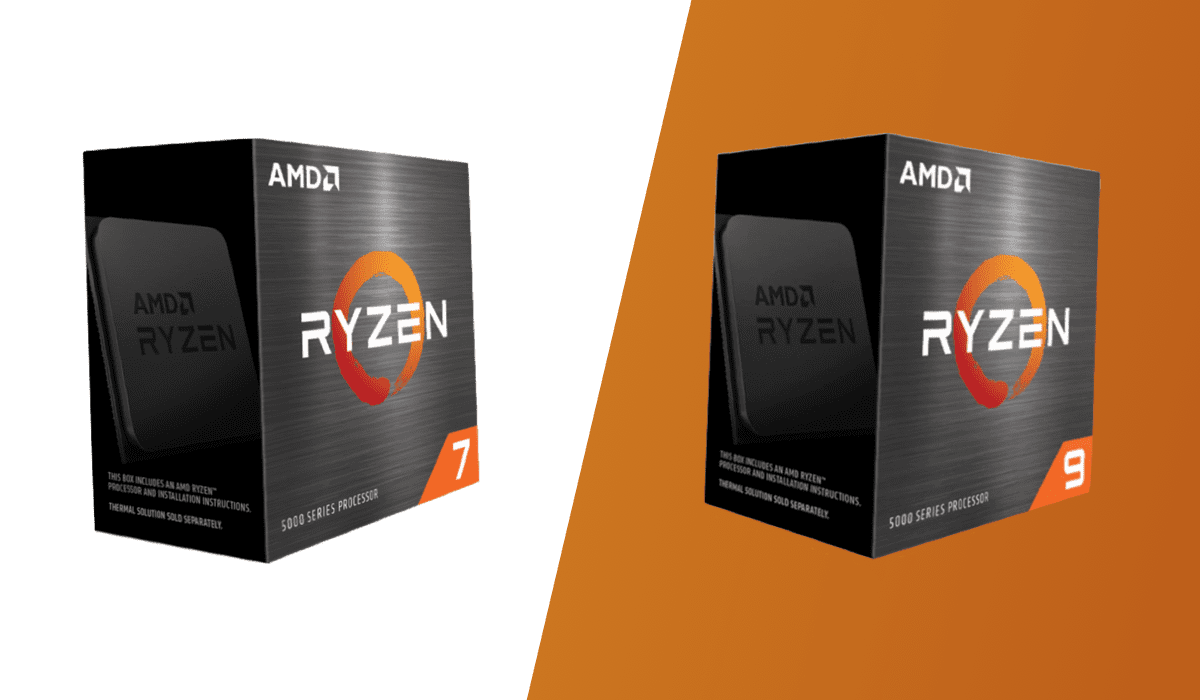 After the long-awaited announcement and (questionable) release of Nvidia’s RTX Ampere 3000 Series GPUs, AMD has now announced their gaming-centric Zen 3 Ryzen 5000 Series CPUs – which are set to launch in just a couple of weeks. Given the recent release of gaming-focused GPUs and CPUs; as well as other factors like the optimization of DDR4 memory, which has peaked in terms of cost for performance, the release of PCIe 4.0 NVMe SSDs, or the power of the flagship AM4 compatible X570 motherboards, there really has never been a better time to build a PC. When it comes to gaming, we also have to consider that Microsoft and Sony are in the processing of releasing their new-generation consoles, so not only is the PC gaming hardware available for a max-performance setup, but there will also be next-gen games releasing in the near future, that will make proper use of these high-end components.

The reason we mention that the new Zen 3 CPUs are gaming-optimized, is due to the fact that the upgrade of this new generation is purely focused on reducing inter-core latency, and increasing single-core and single-thread performance. AMD’s Ryzen processors have a unique architecture, in which they place a set of cores within what they call a Core Complex (CCX), and multiple of these complexes can exist within the Core Chiplet Die (CCD); communicating with each other via the use of AMD’s Infinity Fabric (IF) – which will inevitably also increase the internal latency, as they would have to communicate through this additional medium. Zen 2 Ryzen processors could fit up to four cores and 16 MB of Level 3 cache within a single CCX, but Zen 3 Ryzen processors can fit double the amount; which is eight cores and 32 MB of Level 3 cache. This means that Zen 3 processors will have a far lesser need to communicate through these core complexes, even when multiple of them are available. Multiple CCXs can only be found in the two flagship Zen 3 CPUs: The Ryzen 9 5900X and the Ryzen 9 5950X.

It’s due to this new layout of cores and L3 cache that allows us to ask the question of whether or not any CPU above the Ryzen 7 5800X is actually worth its cost for gaming – and if so, under what parameters. The benchmarks displayed by AMD during their Zen 3 launch presentation only included the performance of the Ryzen 9 5950X and the Ryzen 9 5950X; with these benchmarks displaying how these two CPUs compared with their chief competitor, the Intel 10th generation i9-10900K, and with their previous generation counterparts, in terms of gaming and (a few) content creation applications. These benchmarks, of course, show a significant generational leap between Zen 2 and Zen 3, as well as a performance boost in framerate in comparison to Intel’s i9-10900K. Still, considering how the gaming performance difference between the Ryzen 9 5900X and Ryzen 9 5950X was so minute, it makes one wonder if the reason why AMD did not show the benchmarks of the Ryzen 5 5600X and Ryzen 7 5800X, is because of how close their performance would be to that of their higher-end models – while still costing much less.

Sitting in the middle of these four announced CPUs, the Ryzen 7 5800X and the Ryzen 9 5900X are separated by a price difference of $100, while the CPU below them, the Ryzen 5 5600X costs $150 less than their price range, and the Ryzen 9 5950X costing $250 above their price range. This is a subject in which AMD has been catching plenty of criticism, as they have increased the price of these Zen 3 CPUs by $50-$100, in comparison to the launch price of their Zen 2 counterparts, despite keeping the same number of cores, threads, processing node, cache and compatibilities. Especially considering how the Ryzen 5 5600X saw a dramatic increase in price of 50%, when compared to the Ryzen 5 3600X, and how the other three CPUs no longer include a Wraith Prism stock cooler, makes these criticisms quite justified.

On the other hand, its hard to blame AMD for their decision to increase prices, when they really no longer have any meaningful competition in terms of CPU performance. Intel used to hold the title of “best gaming CPU manufacturer”, but even still they were far behind in terms of overall value, due to their double-sized processing node, low L3 cache storage, lesser multi-core performance, and their inadequate power efficiency. Adding to that the fact that their latest 10th generation processors required a new LGA1200 compatible Z490 motherboard, simply exacerbated the price to performance deficit Intel has to AMD.

If you are eager to pre-order one of AMD’s new Zen 3 Ryzen 5000 series CPUs, but are stuck between whether to get the Ryzen 7 5800X or the Ryzen 9 5900X, then this article will help you choose which CPU is best for your needs, as we will analyze their specifications, and any currently released benchmarks by AMD, in order to assess  which CPU holds better value for different utilization purposes.

The first CPU announced, to kick off the AMD Zen 3 announcement, was the Ryzen 9 5900X. This CPU comes equipped with 12 cores, 24 threads, and a massive 64 MB Level 3 cache. That means that this processor will have two CCXs: One with 8 cores, 16 threads, and 32 MB of L3 cache, and the other with 4 cores, 8 threads, and 32 MB of L3 cache – pretty much the full specifications of the Ryzen 3 3300X, but with double the cache. The operating frequency of the R9 5900X clocks at 3.7 GHz, while the boost clock speeds it can reach start at 4.8 GHz. The processing node is identical to the previous generation Zen 2 CPUs; as is the TSMC 7 nm FinFET, the PCIe 4.0 and AM4 compatibility, and the DDR4 RAM system type support, with base speeds of up to 3,200 MHz. Despite these high-end specifications, the R9 5900X has a Thermal Design Power (TDP) of only 105 watts, which is excellent for its level of performance. The MSRP of this processor is $550, and is set to release on November the 5th.

Much like its more expensive Ryzen 9 counterpart, the Ryzen 7 5800X also has the same fabrication node, PCIe 4.0, RAM, and AM4 compatibility, as well as the same TDP of 105 W. Where this CPU differs, is that it has a single, maxed out, CCX, which includes 8 cores, 16 threads, and an L3 cache of 32 MB. It has an operating speed of 3.8 GHz, that can be overclocked to at least 4.7 GHz. The Ryzen 7 5800X will launch with an MSRP of $450, and will not include a Wraith Prism stock cooler like its previous Zen 2 iteration.

The only significant differences in specifications between these two CPUs, is the fact that the Ryzen 9 5900X makes use of a second CCX (with 4 cores, 8 threads, and a 32 MB of L3 cache) that is completely absent from the Ryzen 7 5800X. Additionally, the Ryzen 7 5800X trades 100 MHz in boost clock speed, for 100 MHz in base operating speeds. Other than that, and of course the price, the two CPUs are identical.

When it comes to Cinebench, the Ryzen 9 5900X scores 633, while the $250 more expensive Ryzen 5950X scored a 640… Which does not seem proportionate to its additional cores, threads, and price. Next, when we compare the gaming benchmarks, we see that in half the titles displayed, the Ryzen 9 5950X outperformed the Ryzen 9 5900X by 4%-6% (Total War: Three Kingdoms, Ashes of the Singularity) but for the other two games, the Ryzen 9 5900X actually held better scores by 1%-2% (Shadow of the Tomb Raider, Far Cry: New Dawn). What this shows us is that having multiple CCXs can actually become redundant, as games will hardly be able to surpass the eight core and 16 thread specifications of a single CCX – something not likely to change in the near future, as this is also the core and thread limitation of the new-generation consoles. This means that, ultimately, the Ryzen 7 5800X will have identical, or at least very similar, performance to the Ryzen 9 5900X in terms of gaming and other single-core dependent applications – which seems to be the reason why AMD did not show any benchmarks for the R7 5800X, as the results may have overshadowed those of their flagship models.

Where the Ryzen 9 5900X will surely surpass the Ryzen 7 5800X, is its multicore dependent workstation loads, as those extra cores, threads, and L3 cache will display a gap similar to that between the previous generation Ryzen 7 3700X and Ryzen 9 3900X.

No matter what Ryzen 5000 series CPU you are looking to buy, the fact that you are considering purchasing one in the first place implies that you are interested in PC gaming, single-core performance heavy workloads, or perhaps a mix between content creation or gaming. Multi-core specialized workstations will hardly see much, if any, improvement in comparison to the Ryzen 3000 series CPUs, so the Zen 3 processors will most likely not be worth their cost.

When it comes purely to gaming, it is difficult to argue in favor of the Ryzen 9 5900X. The second CCX it contains, with the 4 cores and 32 MB L3 cache, will hardly come to use, as the single maxed out CCX of the Ryzen 7 5800X is more than enough to cap the CPU’s performance for current generation games – and chances are it will continue to be more than enough even for years into the next generation of consoles – since it shares the same limitations with the XSX and PS5. Especially considering that the $100 extra cost found with the Ryzen 9 5900X can be put to use for a high-end CPU cooler, like a Noctua NH-D15, which is absent from both these CPUs. If you want to buy the best money can buy for the accompanying bragging rights, or generally care little for performance-value ratios, then neither of these two CPUs should be considered, as only the Ryzen 9 5950X fits those parameters. All in all, if meant purely for a gaming build, we recommend the Ryzen 7 5800X.

Those that would favor the Ryzen 9 5900X, are those that have to deal with applications that require single-core performance, where the 8-core ceiling found in gaming does not apply. Of course, in those cases, the R9 5950X would be the better option, but there is a significant price differential of $250 between it and the R9 5900X. Additionally, for those that enjoy gaming and multi-core performance for content creation (but with emphasis on gaming), they could perhaps find more value from the Ryzen 9 5900X, as content creation is where those additional cores, threads, and L3 cache can become useful. When it comes to gaming, paired with content creation related applications like video editing and streaming, we recommend the Ryzen 9 5900X.

The increase in price for the Ryzen 5000 Series CPUs could be detrimental to the sales of certain models, and the Ryzen 9 5900X appears to be in a dead zone between the Ryzen 7 5800X – which is looking to be the best gaming performance CPU for its cost – and the Ryzen 9 5950X: The most powerful workstation CPU out of all Zen 3 processors. The saving grace for the Ryzen 9 5900X is its price, which allows those that want to purchase a hybrid gaming/workstation build to have a decent middle-ground option – but it is looking like the Ryzen 7 5800X (or Ryzen 7 5700X, if it is released) will be a much more popular choice between these two processors.