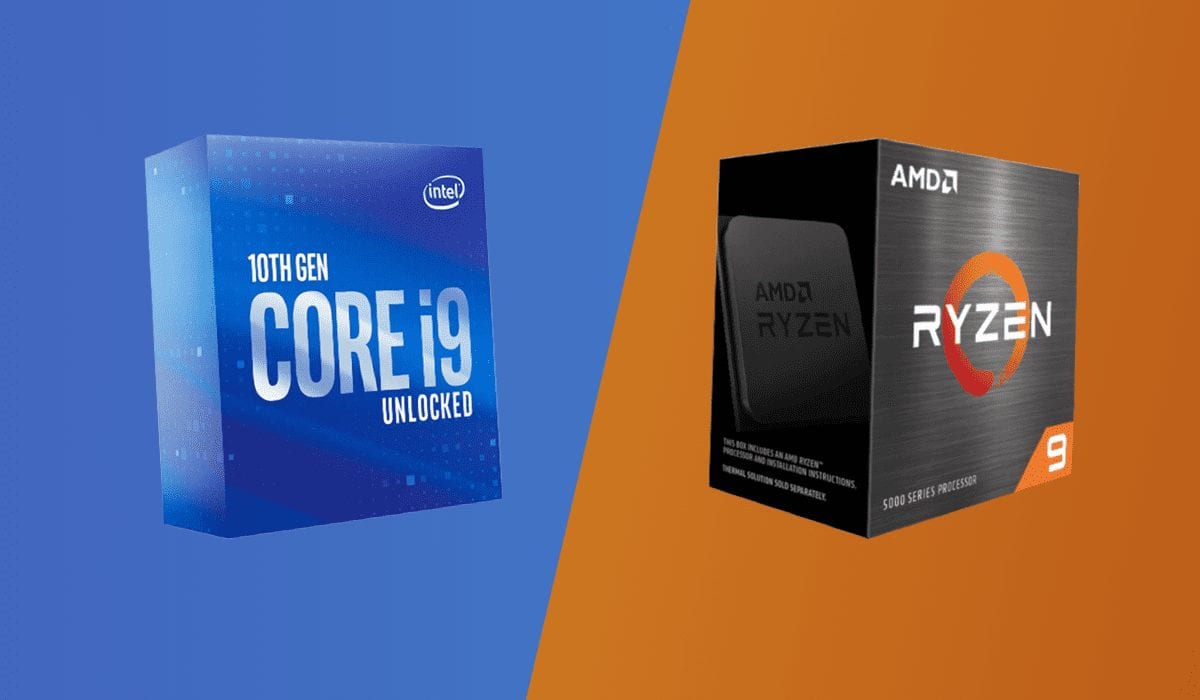 AMD has finally announced the next generation Ryzen 5000 series, Zen 3, CPUs; which is having PC gaming enthusiasts rejoice for the new high level of performance, at AMD’s excellent price points.

Instead of trying to outdo themselves in regards to core and thread counts, AMD has very intelligently opted to instead focus on lowering the latencies of their CPUs. By optimizing and increasing the number of cores, threads, and L3 cache that can fit into each CCX (Core Complex), the Ryzen 5000 series CPUs have dramatically decreased core to core latency, while also optimizing single-core performance – all metrics that are of the highest importance when it comes to gaming performance. This technology is something that AMD has already put to the test with the Ryzen 3 3300X: a processor that has all its cores, threads, and L3 cache in a single CCX, and displays gaming performance far beyond what’s available at its price point.

By focusing on enhancing existent technology, this vast increase in gaming functionality will actually not come at the cost of price, nor of power consumption, as the new Ryzen 5000 series CPUs will cost similarly to previous generation Ryzen processors, and have identical TDP (Thermal Design Power).

In their presentation, AMD wanted to show how the single advantage that Intel holds against their Ryzen 3000 Series Zen 2 CPUs – namely the higher gaming framerates – is something that that Ryzen 5000 Series has not just diminished, but has actually reversed. These new Ryzen processors will be known for more than just their workstation and multi-tasking capabilities, as they will now hold the title of best gaming performance CPUs as well.

To prove this point, AMD displayed several of their internal benchmarks, which compared the Core i9-10900K with their equally priced Ryzen 5900X; showcasing how the performance differential varied depending on the game that was tested.

But, let’s not stop there. Instead of just looking at AMD’s CPU benchmarks, let’s take a look at exactly how the Ryzen 9 5900X fares against the Intel i9-10900K, both in regards to specifications, as well as projected testing results. Additionally, let’s analyze how these processors integrate to a PC build, in order to get a better understanding of which CPU brings users superior performance – in both gaming and workstation applications – as well as better overall purchasing value.

Starting with the Intel Core i9-10900K, we see that this CPU features 10 cores, 20 threads, and an L3 cache of 20 MB – all built on a 12-nanometer processing node. It has an operating clock speed of 3.7 GHz, and an impressive overclocking speed that can reach 5.3 GHz. Additionally, the i9-10900K features two new Intel overclocking features: The Intel Thermal Velocity Boost Frequency, and the Intel Turbo Boost Max 3.0. The former allows you to focus overclocking on single cores of choice, while the latter allows for multiple binned core overclocking that can reach 5.2 GHz frequencies.

The CPU has a TDP of 125 W, which can be reduced to 95 W with the use of Intel’s Configurable TDP-Down feature. Reducing the TDP will, however, throttle the base clock speed to 3.3 GHz. The i9-10900K supports up to 128 GB of DDR4 at 2,933 MHz, and a max memory bandwidth of 45.8 GB/s. It, unfortunately, does not feature PCIe fourth generation compatibility. Finally, this CPU makes use of the new LGA1200 chipset, which means that it is only compatible with the latest Z490 series of motherboards.

Next, we have AMD’s newly announced Ryzen 9 5900X. This CPU boasts 12 cores and 24 threads, with an insanely large 64 MB L3 cache. Like previous-generation Zen 2 processors, the R9 5900X makes use of a TSMC 7 nm FinFET manufacturing method, and features a base clock speed of 3.7 GHz that can be boosted up to 4.8 GHz, for a single core, single-threaded, workload.

The Ryzen 9 5900X operates with a TDP of 105 Watts, supports DDR4 system memory of up to 3,200 MHz, and features PCIe 4.0 compatibility. Probably one of the best aspects of this CPU, and of the new Zen 3 processors in general, is that it still utilized the already existent AM4 chipset. This means that already existing motherboards, like the B550 and X570, can still be used with these brand-new processors.

When it comes to core and thread count, the Core i9-10900K trails the R9 5900X by two cores and four threads – which may not same like much, but it is a 20% increase. In terms of clock speeds, the i9-10900K does have a significantly faster boost clock frequency that can reach 5.3 GHz – versus the 4.8 GHz of the R9 5900X – while their base clock speeds are identical at 3.7 GHz. With what we know so far in regards to the R9 5900X, it does appear that the Intel Core i9-10900K also allow for more overclocking functionality, as the Intel Turbo Boost Max 3.0 can be a useful tool for overclocking enthusiasts. Whether or not AMD will include similar overclocking capabilities is still yet to be determined. The processing node of the Ryzen 9 5900X is superior to that of the Core i9-10900K (7 nm vs 12 nm) and the L3 cache comparison is almost comical, as the Ryzen 9 5900X features a more than triple L3 over the i9-10900K.

Next, in terms of power consumption, the Ryzen 9 5900X has a lesser TDP value of 105 W, whereas the i9-10900K has a TDP of 125 W. In fact, in their presentation, AMD stated that the Zen 3 processors are up to 2.8 times more energy efficient (performance per Watt) than the Core i9-10900K. This, of course, is most likely not taking the TDP-Down feature into account, which allows the Intel i9-10900K to take a slight advantage in regards to power efficiency. Still, the performance throttling that comes along with this feature really does not help in making it a useful tool.

In terms of memory, the Ryzen 9 5900X, like its 3000 series predecessors, does allow for a better system RAM, with frequencies of 3200 MHz, versus the 2,933 MHz of the i9-10900K. Still, the Z490 motherboard one would purchase for this Intel 10th generation flagship CPU would surely be capably of hosting 3,200 MHz, or 3,600 MHz, RAM, which, at 14 CL and 16 CL respectively, is the current sweet spot in regards to memory specifications. The Intel Core i9-10900K lacks the PCIe 4.0 support found in the Ryzen 5000 (and 3000) series CPUs; but the question is: How much does this affect gaming-dedicated PC builds? The answer is, not very much. Even SATA III SSDs suffice when it comes purely to gaming applications, since the differences in gaming load times are ultimately negligible between the two interfaces. However, for workstations, streaming, or gaming and content creation hybrid builds, not having the capability to use some of the new PCIe Gen 4 SSDs – like the Samsung 980 Pro or the Sabrent Rocket 4 Plus – is a significant performance restraint.

The price points of the two CPUs are similar, with the Intel Core i9-10900K having a slightly cheaper MSRP of $499, to the $549 MSRP of the Ryzen 9 5900X. Still, this price differential is all but void when considering the chipset of these processors. The fact that the Ryzen 5000 series CPUs have kept the AM4 chipset, allow those that already have a Ryzen processor to save a considerable amount of money from their motherboard, while those looking to create a new PC system will still have a wide array of motherboards to choose from – many of which are now exceptionally priced in comparison to their performance and specifications.

Despite the faster clock speeds of the Intel Core i9-10900K, the reduced latency of the CCX configuration found in the Ryzen 5000 series CPUs allow for better single core and single thread performance, as they can process more instructions per cycle. To prove this point, the first benchmark to be showcased in the AMD presentation was the Cinebench 1T Run; where the AMD Ryzen 9 5900X outperformed the Intel i9-10900K with a score of 631 over the latter’s 544.

Now, when it comes to gaming, we only have AMD’s benchmarks to work with, and these benchmarks only show performance at a 1080P resolution, while also not providing us with any system specifications, nor with the exact framerate metrics that the processors were able to achieve. For these reasons alone, we do encourage some caution in regards to taking these results for granted. Only after the actual release can we see how well the Ryzen 5000 series CPUs handle games, especially when it comes to higher resolutions, as more and more users are moving up to 1440p and 4K gaming with the use of Nvidia’s RTX Ampere 30 Series GPUs. Still, it is hard to imagine how the Intel i9-10900K could fare better than the Ryzen 9 5900X at higher resolutions, given its inferiority in specifications, and the fact that it actually performs equally to previous, 3000 series, Ryzen processors at higher resolutions.

In the benchmarks that were showcased, the Ryzen 9 5900X appears to have the advantage in nearly all games tested, trailing only to the i9-10900K in the Battlefield V title by 3%. In the games that are most reliant on higher FPS, these being competitive online multiplayer titles, the R9 5900X is ahead by anywhere between 6% (DotA 2), 19% (CS: GO) to 21% (League of Legends).

When the Intel i9-10900K had first released, it was a point of contention whether or not it outperformed the already existing Ryzen CPUs: namely the R9 3900X and R9 3950X. The general consensus then was that the i9-10900K was the better gaming processor, but it lacked behind its R9 counterparts in regards to most other functionality – including workstation applications and content creation. Now, with the new Ryzen 5900X and 5950X, it is difficult to see the performance of Intel’s 10th generation CPUs being anywhere near contention in benchmarks, and even overall value.

The Ryzen 9 5900X shows the same superiority in cores, threads, and L3 cache, while maintaining the same compatibility advantages in PCIe lanes, memory, and chipset, and even retains identical power efficiency of the previous generation flagships, though now it also has far less inter-core latency and a superior single core, and single thread, performance.

In other words, this new Ryzen processor not only excels in desktop and workstation applications, but it now also surpasses the one lead that the Intel processors had on Ryzen CPUs: Gaming performance.

Additionally, the fact that the lower price of the Intel Core i9-10900K is overshadowed by its LGA1200 chipset, which requires that it must be purchased with a new Z490 motherboard, subtracts significantly from its value. Since Ryzen processors can all be plugged into already existing AM4 motherboards allows new users to choose from a wide array of motherboards, many of which come sell at a far cheaper price.

With all the above in mind, the AMD Ryzen 9 5900X appears to be the clear winner in regards to the comparison between the two CPUs – but the good news for Intel is that the new Ryzen CPUs are launching a full six months after the release of their 10th generation series processors. This gave Intel plenty of time to sell their products, and it also gives them plenty of time to plan their next generation of CPUs. The blow of these new announcements strikes mainly to Intel’s reputation, though hopefully they can recover with their 11th generation CPUs. Either way, in the competition between the two companies, the biggest winner is neither AMD nor Intel… It’s the consumer.