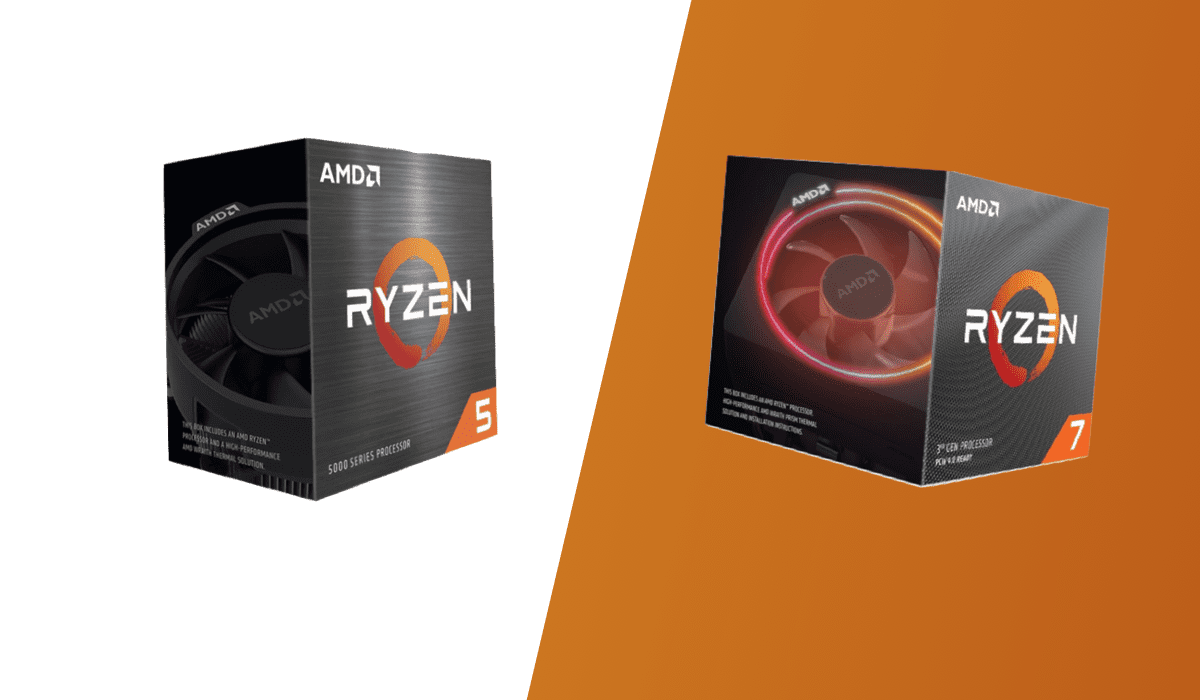 AMD’s Zen 3 Ryzen 5000 Series CPUs have finally launched, allowing publishers to release a collective myriad of real-world benchmarks, devoid of any cherry-picking or misleading statements that marketing teams love to utilize in order to increase sales. Though these benchmarks do not show the universal dominance that many may have expected the new generation of Ryzen processors to display, these CPUs are still almost in a different league than their competition in almost every comparable aspect – including gaming applications.

The tangible accomplishments of this new generation of Ryzen processors can be attributed solely to the updated architecture of the Core Complexes (CCX) within the Core Chiplet Die (CCD), which effectively doubled in size: now able to hold 8 cores and 32 MB of L3 Cache. For Ryzen 5000 models that hold a total of eight, or less, cores, one CCX will now suffice, thanks to this Zen 3 architecture, whereas their Ryzen 3000 equivalents (above 4 cores) needed two CCXs. Communication between each core complex is carried out through, what AMD calls, the Infinity Fabric (IF). This additional medium inevitable adds a layer of latency that inhibits performance; especially for single-core dependent tasks like gaming applications or CAD.

Together with this upgraded architecture, we also have an increase in price of anywhere between 10% to 50% from Zen 2 to Zen 3, depending on the processor. Three out of four of these new Ryzen 5000 Series processors will also no longer come with a stock CPU cooler, which further drops their overall value when compared to their Ryzen 3000 Series predecessors. This drop in value is what makes us ask: Are these new generation Ryzen CPUs really worth their cost, or would a previous generation AMD CPU provide more value for its price?

A great example to make such a comparison is the new Ryzen 5 5600X, which has seen the highest price increase from its last-gen iteration: from an MSRP of $199, to an MSRP of $299. With these prices, this CPU’s monetary equivalent is now the Ryzen 7 3700X. Taking into account AMD’s stock shortage (which came to no one’s surprise), and knowing that it could be quite a while until someone can get their hands on a Ryzen 5 5600X, this comparison becomes all the more relevant – especially seeing as how scalpers are reveling in the act of profiting from the re-selling of these CPUs at a price that is multiple times their MSRP. If the nonsense that one must put up in order to purchase a Ryzen 5000 Series CPU – which is a result of their insufficient launch – is more than the benefit that they will provide, in comparison to other equivalently priced processors, then skipping them is also an option.

Comparing these two CPUs, in terms of specifications, is a simple task, as the main differences lie within the core/thread counts, the architecture, and the clock speeds. The Ryzen 7 3700X does have 33% more cores and threads than the Ryzen 5 5600X, but it lacks the architecture to use them to their full potential. Because its CCX can only hold half the cores, threads, and L3 cache storage, the Ryzen 7 3700X requires two CCXs that must communicate with each other through the IF; ultimately inhibiting their overall performance. The Ryzen 5 5600X has a faster base clock speed by 100 MHz, and a faster boost clock speed of 200 MHz – which is not that substantial a difference. Other than that, both CPUs make use of the same processing node, PCIe compatibility, and chipset – though the Ryzen 7 3700X is compatible with several types of motherboards, like the X470 or B450, that the Ryzen 5 5600X is still incompatible with.

Given that the Ryzen 5 5600X is found at its MSRP, the price of these two processors are virtually equal, but finding any new Zen 3 processor is not an easy task. The first wave of stock depleted within minutes, and, though we are promised that a restock is coming soon, it is difficult to take these claims seriously, especially taking into account AMD’s past. Take for example, the entry-level Ryzen 3 3300X. This CPU was incredibly popular, as it was the first AMD CPU to launch with a single CCX layout, making full use of its 4 cores and 8 threads, without inter-CCX latency. With a price of only $120, this CPU sold out quickly, and, six months after its launch, it is still out of stock. On the other hand, the Ryzen 7 3700X can currently be found on several different retailers, including Amazon.

Another aspect that must be taken into account between the price of these two CPUs, is the stock cooler that is included with their purchase. Though it could be argued that both coolers should be replaced, the Wraith Prism does fare much better than the Wraith Stealth, in both performance and aesthetics (depending on whether or not one prefers RGB lighting). Benchmarks by TechSpot show a difference in temperatures, between these two coolers, that reach anywhere between 11 and 24 degrees Celsius… A substantial difference. The Wraith Prism can keep the Ryzen 7 3700X’s temperature at a respectable level (given the absence of overclocking) while the Wraith Stealth may allow the CPU to reach temperatures that can cause damage. Additionally, the Wraith Prism features both outer, and inner, ring RGB LEDs, while the Wraith Stealth has a plain, monochrome, design.

Where the Ryzen 5 5600X holds an advantage on any previous-generation Ryzen CPU, is this one exclusive feature that makes all the difference for a new PC build: Smart Access Memory.

If you are one of many looking forward to purchase an RDNA 2, Navi 21, Radeon RX 6000 series GPU, then a Ryzen 5000 Series is a must. Smart Access Memory creates an expanded data channel that incorporates both CPU and GPU memory, effectively ridding the GPU of its intrinsic memory bottleneck, increasing its overall performance by a significant amount; including its effective framerate output.

Both Ryzen 5 5600X and Ryzen 7 3700X have incredibly low 65 W TDPs, so both have an impressive thermal performance. But to find out which CPU makes better use of these 65 Watts of power that they are supplied with, we must analyze and compare their real-world benchmarks –

The Ryzen 5000 Series CPUs will have much faster single core performance than their predecessors, but to what degree?

Well, TechSpot has provided benchmarks for several workstation applications, as well as for 11 different gaming titles. In these tests, the Ryzen 7 3700X outperformed the Ryzen 5 5600X in multicore dependent workloads (4884 vs 4462 scores in multicore Cinebench R20), while trailing in single-core dependent workloads (510 vs 600 scores in single core Cinebench R20). Still, because of AMD’s more efficient CCX architecture, the Ryzen 5 3600X required far less power to reach its impressive benchmark results; using only 157 Watts (overclocked in Blender), versus the 182 Watts of the Ryzen 7 3700X: a 14% difference in system power consumption. Similar results were also published by Gamer’s Nexus, though their tests show the Ryzen 5 5600X needed 21.8% lesser power than the Ryzen 7 3700X – leading all other tested CPUs.

When it comes to gaming applications, the Ryzen 5 5600X achieved an average framerate of 205 FPS across 11 tested gaming titles; whereas the Ryzen 7 3700X had an average framerate of 172 FPS: A 33 FPS difference. These metrics are a result of testing games at a 1080p resolution, as the higher the resolution that games are processed at, the more GPU-dependent the resulting framerate becomes. At a 4K resolution, depending on the title, this framerate-lead that the Ryzen 5 5600X holds will ultimately be reduced to zero. But, if it is paired a Radeon RX 6000 Series GPU, the lead will reappear due to Smart Access Memory: a feature which the Ryzen 3000 Series CPUs will most likely not be compatible with.

Despite its lack of two cores and four threads found in the Ryzen 7 3700X, the Ryzen 5 5600X still outperforms this CPU in single-core performance, gaming, and power efficiency. The issues it has lie mainly with its availability, and, to a certain extent, the overall value it provides for its price.

The Ryzen 7 3700X may trail slightly in terms of cost per frame, but it does include a respectable cooling solution in the form of a Wraith Prism cooler, while the Wraith Stealth included with the Ryzen 5 5600X will surely need to be replaced (despite the CPUs low operating temperature and thermal efficiency). If this setback is considered in their price differential, then the Ryzen 7 3700X provides more for its price. Of course, if you plan on overclocking your CPU regularly, then this advantage is all but null, as the Wraith Prism would also have to be replaced.

Gaming at any resolution above 1080p means that the framerate differential will diminish to a point of negligibility. To this, there is one exception: The use of a Radeon RX 6000 Series GPU. If you plan on purchasing the Radeon RX 6800 or RX 6800 XT, then putting up with the Ryzen 5 5600X’s availability issues and price increase is absolutely necessary. On the other hand, if you don’t plan on replacing your GPU, or if,  by some miracle, you were able to purchase a Nvidia GeForce RTX 3000 Series GPU, then the Ryzen 7 3700X will suit you just fine – perhaps even better than the Ryzen 5 5600X – as the additional cores and threads may become necessary later down the line. As the, recently launched, current generation of games progresses, developers will want to make full use of the specifications of the Playstation 5 and Xbox Series X – and both these consoles feature AMD Zen 2, 8-core 16-thread CPUs… Just like the Ryzen 7 3700X. Additionally, if you are in the market for a CPU to run workstation applications, or to use for streaming and gaming simultaneously, then the additional cores and threads of the Ryzen 7 3700X will prove beneficial.

Despite its inferior single-core capabilities, the Ryzen 7 3700X is still a very powerful CPU, and, now that its price has dropped, it provides great value for most new PC builds. However, the Smart Access Memory feature, exclusive to the pairing of Ryzen 5000 Series CPUs and Radeon 6000 Series GPUs, is just too good to pass up. All in all, both CPUs are valid options, but the lack of availability and the price increase of the Ryzen 5 5600X have ultimately diminished its current value.