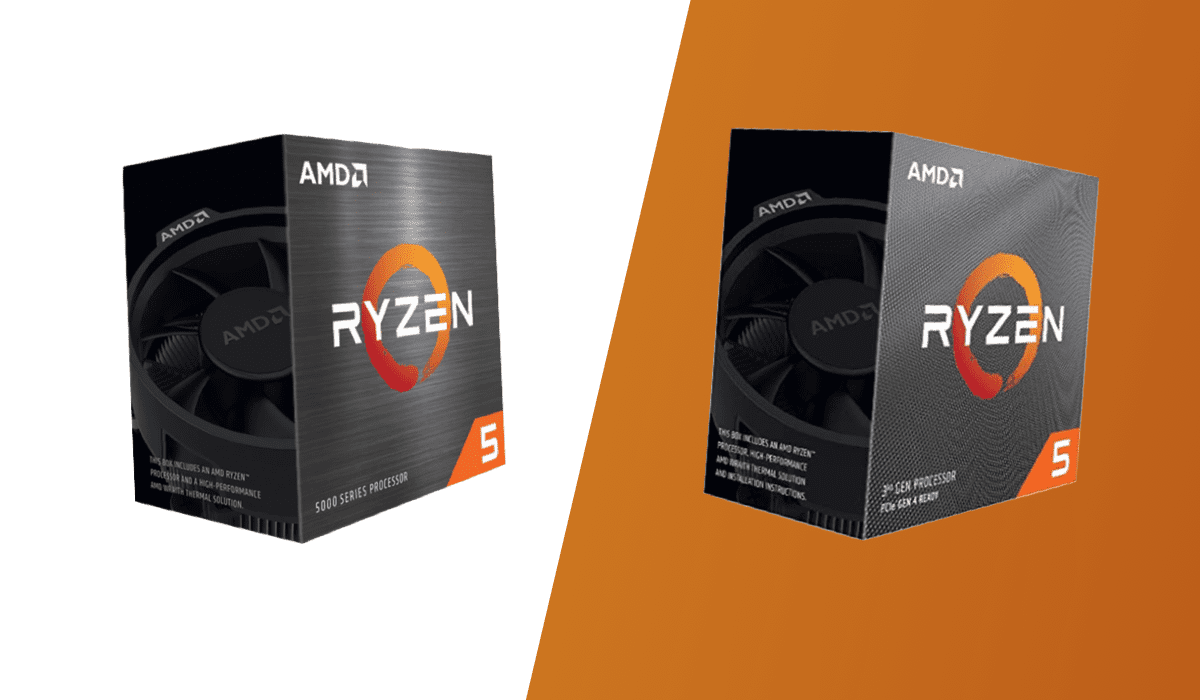 AMD has officially unveiled its Ryzen 5000 processors in an online event that really went hard in highlighting the gaming capabilities of these new processors, with CEO Lisa Su stating that “gaming begins with AMD”.

AMD has officially launched the new Ryzen 5000 CPU (Zen 3) series, code-named Vermeer. Already providing undisputable multi-threaded performance for every price point, their focus for this generation has been improving the architecture for gaming and low latency tasks. They’ve gone all-in by optimizing on-die components and the manufacturing process in order to claim a whopping 19% IPC performance over the previous Zen 2 (Matisse) processors. The Instructions per Clock (IPC) are very important to a CPU thanks to how relative single-core performance is calculated by multiplying IPC x Clock Speed. IPC doesn’t come with additional power consumption or thermal requirements and its arguably always better to improve IPC instead of just raising Clock Speed.

AMD took a great route with their new lineup by both improving Clock Speeds and significantly improving IPC, resulting in an overall gaming performance improvement of around 26% over their previous best gaming CPU, the Ryzen 9 3900XT. This is huge news in the tech horizon since this is the first time in many generations when AMD is performing better than its Intel counterpart in gaming performance; they’re also doing it at 2.8x better efficiency than Intel.

The direct successor to the Ryzen 5 3600X is the new Ryzen 5 5600X (that’s right, they skipped the 4000 series for desktop) and today we will be comparing these two to see if the new part is a significant enough improvement over the last one. We will be looking at performance uplift, specs, efficiency, and pricing.

The Ryzen 5 5600X is very similar in specs to the outgoing 3600X model and thus, its targeted to the same mainstream market but the performance obtained from architectural improvements puts the 5600X well ahead of the 3600X. We can also observe a 30 W deduction in TDP suggesting a big uplift in efficiency even if clock speeds are almost 10% higher. The fastest approved memory speed is 3,200 MHz although you can tweak it to much faster speeds due to the improved IMC (integrated memory controller). We have no official data yet but the previous Ryzen 5 3600X has been seen running with 4400MHz+ memory speeds and we have no reason not to believe the new one is even better for memory tweaking.

PCIe Gen 4.0 is available with the new Ryzen 5 5600X and compatible X570 and B550 motherboards, allowing you to get significant storage and secondary device performance uplift from this improved interface. The only downside with the 5600X is the absence of the integrated graphics device but the majority of people who buy such a powerful processor will also pair it with a dedicated graphics card. The included CPU cooler is good enough to keep the processor running stock and will probably allow for a bit of overclocking, exactly like the previous generations’ included stock coolers. For pushing the clock speeds to the limits, consumers will likely need to purchase a better aftermarket cooler. The Ryzen 5 5600X is the only released Vermeer CPU to include a stock cooler but this may be subject to change if AMD will be launching additional products at different price tiers.

When compared to its mainstream competitor, the Ryzen 5 5600X looks to be demolishing its $299 counterpart, the Intel Core i5 10600K; and AMD has the benchmarks to prove it. They are touting a 19% single core advantage and 20% multi core advantage over the 10600K resulting in a 13% 1080p gaming performance advantage. To explain, 1080p gaming performance is a good metric to measure overall gaming performance because it puts the most strain on the CPU; this makes AMD very confident in their product and rightfully so. Another big selling point of the new Ryzen micro architecture is the improved efficiency which AMD says is on average 2.8 times more power efficient, especially at the top end; this means quieter and cooler utilization with less money spent on cooling solutions or power bills.

Thanks to how the new generation is compatible with previous motherboard chipsets, if you are on an older Ryzen build, you can easily upgrade to this CPU with just a BIOS update provided by your motherboard vendor. The performance uplift between generations is very tempting, especially in gaming where the cheapest Ryzen CPU, the 5600X, outperforms even their most expensive mainstream market CPU from the previous generation, the 16 Core Ryzen 9 3950X. Is it a good buy? We think so. The launch price is also not completely indicative of retail price and you may soon find great deals and offers for this part. We will also be using it in lots of our upcoming gaming builds!

The jury is still out on just how AMD’s Ryzen 5000 series chips will perform in the real world because we just know the numbers AMD showed us during the launch presentation. We can formulate an even more informed opinion on this Ryzen 5600X CPU once the reviewers are getting their hands on samples. AMD is also not known to mislead or lie in their presentations but expect November 5 to come with decisive information on the performance matters.

The performance does look promising and even with the $50 price premium over the previous Ryzen 5 model, AMD has made plenty of alterations that should boost performance significantly and warrant the slight price increase.